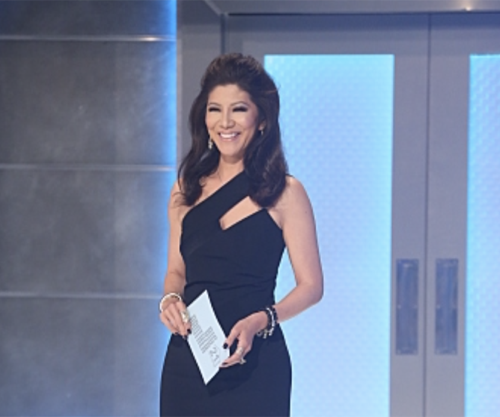 Tonight on CBS Big Brother 21 airs with an all-new Thursday, September 15, 2019, episode and we have your Big Brother 21 recap below! On tonight’s Big Brother season 21 episode 36 “Live Eviction and HoH,” as per the CBS synopsis, “Tonight on Big Brother it is the end of the HoH competition and a new Head of Household will be named.  After the competition, the new HoH will nominate 2 houseguests for eviction.”

Tonight, we will find out who wins HOH and guarantees themselves a spot on finale night. Holly is so grateful to still be in this game and has no idea how she can still be there. Jackson knows that he lied to get Tommy out, he just hopes his mother isn’t too disappointed in him.

We get a look at the house meeting that Nicole carried out earlier in the week. Jackson asks Tommy what kind of game he has been playing because it looks like he has been playing both sides. Jackson tells him that he has been lying for 85 days in the house, look at what he did with his relationship with Christie. Tommy tells Jackson that if he has a chance to take him out he will. Jackson keeps tells Tommy that he is playing both sides, Tommy says it is not true. The two go back and forth. Tommy starts shouting and crying; Holly hates that Jackson is grasping at anything to save her. Tommy says that he would rather go out in final two than see Jackson see the money, he doesn’t deserve it.

After the house meeting, Nicole tells Cliff that she sees through Jackson, but she knows Tommy is an actor. In her gut, she thinks Tommy is telling the truth and Jackson is manipulating everything. Nicole picked up on Jackson saying, “just own it” and Brett in BB20 said that when he was fabricating a story and tried to pin it on someone else.

Jackson had hoped the house meeting had never happened, but Cliff and Nicole are not keeping their word, in his opinion, caused that. Cliff believes that he has a good relationship with Jackson and he will make it further in the game if he aligns himself with him.

An hour before the live eviction last week, Nicole and Cliff tell Jackson and Holly that they are thinking of keeping Tommy. Jackson says if they want to burn bridges and break promises, then it is up to them, obviously, they decided to rely on the wrong people. Tommy walks in and they all get into an argument again. Jackson tells Nicole and Cliff, for the intelligent gamers that they are, it doesn’t make sense to keep Tommy. Nicole is so confused, she has no idea who is blowing smoke.

Before the vote, it was actually Cliff that changed Nicole’s mind to get out Tommy, but Holly did promise to through the HOH later that evening. Jackson promised that if wins the VETO he will keep Nicole and Cliff, he wants to go to the final three with them.

Back to the HOH competition; it doesn’t look like Holly is going to be throwing this competition. It’s raining, and Jackson asks Holly if she is throwing the competition or not. Jackson is getting worried, Cliff looks like he might fall off soon. Cliff is the first one to fall off, Jackson tells Holly to fall off. Holly finally jumps off and throws the competition. Holly wins HOH. Holly is not happy about what happened, she handed Nicole a final three on a silver platter.

Jackson asks Cliff who he would keep if he won the POV, he says him. Jackson says take care of him, and he will do the same. Cliff tells Jackson that he knows that he is a lot smarter than he is letting on.

Jackson is alone with Holly and he starts crying about what he did to Tommy, he doesn’t like hurting people but he is loyal to a fault, he won’t disappoint Holly. He tells Holly that he could really use a hug from his mom right now.

Cliff tells Nicole about his final three deal with Jackson, Nicole is floored. He tells her that he made the promise and he is not going to back out of it. Nicole is thinking that there must be a final two deal, there has to be more to it than that.

Time for the nomination ceremony. Nicole nominates Jackson, then she nominates Holly. No surprise here, this was very predictable. The nominations really don’t matter, it all comes down to the POV.