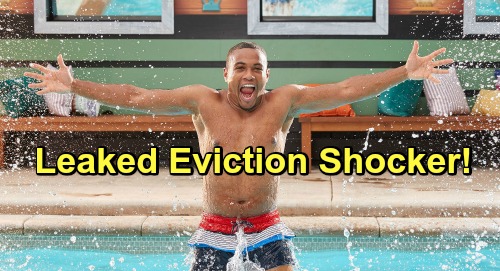 Big Brother 21 (BB21) spoilers tease that the game is already being played even though we won’t see the live feeds for about 24 hours. America’s favorite reality TV show will return on Tuesday, June 25, but the feeds won’t turn on until 12 am EST on Thursday morning.

What we do know from the audio leak over the weekend is that Christie Murphy won Head of Household. At this point, we know that she was planning to target Kathryn Dunn and possibly Cliff Hogg III, who is the oldest houseguest.

Christie’s reasons for targeting Dunn as Big Brother’s first evictee was simple – she is paranoid and she isn’t built to play this game. Apparently, Dunn worried that the other houseguests were plotting against her.

In her defense, when you listen to Christie’s audio, she was right. Murphy was plotting against Dunn and she tried to get the other women to do the same.

There was some buzz that David Alexander was the first one evicted from the house. There was some BB21 buzz on Twitter that he attacked someone in the game and he was thrown out. At any rate, during the video leak, he was not seen.

In fact, BB21 fans noticed we saw the whole cast but David. The Head of Household room and Diary Rooms were empty. So, it appears, at least for the time being, that David might be out of the game.

Perhaps, Christie changed her mind about putting either Cliff or Kathryn on the block. There’s also the possibility that the power of veto was used (if they played for this first round) or he was thrown out of the house for his behavior like the social media buzz suggested.