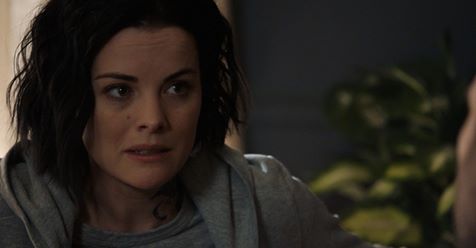 Tonight on NBC Blindspot airs with an all-new Friday, March 22, 2019, episode and we have your Blindspot recap below.  On tonight’s Blindspot season 4 episode 16 called, “The One Where Jane Visits an Old Friend,” as per the CBS synopsis “The FBI is hot on Madeline’s heels as Jane seeks help from a familiar enemy.”

Jane was struggling with her memories. She now accesses to everything she ever wanted, but she also remembered what it was like to live as Remi and to betray her friends as well as her husband. Neither Weller nor any of the others blamed Jane for what Remi did. Remi was more or less her own person in that regard and what she did was based on her own experiences. She wasn’t like Jane. Jane came to a world she couldn’t recall and she had to rely on the FBI. They were her only lifeline and in return, they came to trust her and help her develop a moral code. Jane still has this thanks to them and it what’s keeping her in control over the Remi side of her personality. And its why she feels so much remorse for what nearly happened with Remi.

Remi came close to destroying the world. She would have if Jane hadn’t retaken control and so Jane had to come to terms with that. She took a couple of days off from the FBI and chose to focus on her mental well-being. Jane interviewed countless therapists she thought could help, but none of them understood how unique her situation was and so Jane visited an old friend. She went to go see Dr. Robert Borden at the prison and she convinced him to hear her out. She told him what’s been happening with the whole Remi coming back and freeing Shepherd. She even mentioned shepherd’s death and how her mother had left behind a key that unlocked several personal memories of Remi’s.

Jane went to Borden for help and he treated her like a genuine patient. He told her that she needed to stop thinking of Remi as this separate person if they were ever going to integrate properly. Jane could have separated herself from her other personality when neither had a memory of the other, but they were one person now and it was time for Jane to begin acting liking it. She was listening as Borden went over his thought process and, as she was coming up with questions, the rest of her team was struggling with Madeline Burke. Burke had seemingly gone on the run and so no one everyone thought her office was cleared to use. Zapata went over there to see if  Burke left anything behind and she was nearly killed.

Someone took shots at both her and Reade. Reade thought it could have been Burke though he didn’t know why and so they went to Patterson for help. It had been Patterson that determined that the shooter wasn’t connected to Burke and that it was actually a hitman for a cartel. This particular cartel had loaned out Del Torro to  Burke and she was supposed to have returned him by now. She couldn’t because he was killed by Zapata and Boston and so she threw those two to the wolves. Zapata and Boston were both in danger. Boston had needed to be collected from his art gallery and the team had their eyes on Zapata. Only Zapata had started questioning why so many other people connected to HCI Global began dropping dead.

Everyone assumed at first that the hitman was killing any and everyone to get to Burke, but they dug deeper and learned that the hitman hadn’t been responsible for the attacks on Burke’s allies. That had just been Burke. She was killing everyone that knew about the Helios project she had and she was covering up the murders by making it look like the hitman did it when how could he? The cartel had only met three people and they were Burke, Zapata, and the pilot. The pilot was known as JB and he was one of the few people still alive. Zapata had gotten into contact with him and she told him what Burke was doing. She said that JB could also be at risk and she promised him safety if he came into the FBI.

JB should have been in fear of his life and be happy to turn himself in, but he demanded ten million dollars first. He said he knew how Burke was leaving the country and that they didn’t have much time to catch her before she’s gone. The team couldn’t meet his demands and so they had Boston and Rich con JB. He thought he received ten million dollars in his bitcoin account and instead he was fooled. He told the team that he was supposed to fly Burke out of the country and that he could take them to the plane. So the team went to the airport and they sat on the plane. It was starting to look like Burke was running late when Boston to call “bull” on JB. JB was far too relaxed about betraying a homicidal crime boss and so Boston believed the man was stalling them.

Boston told Patterson what to tell Zapata and after Zapata tried to claim that Burke was in the area – JB jumped up and said: “how?”. JB had been ordered by Burke to stall the team and while they were looking one way she was going another. Burke was taking a medical evacuation chopper out of the country and luckily the team had found out in time. They moved to go get Burke and a newly returned Jane joined them. She relied on all of her memories and even deadlier Jane helped Zapata to arrest Madeline Burke. HCI Global was firmly put in its grave and no one thought about Dominic. Dominic was Burke’s right hand and he disappeared when she needed him the most. But just as they were leading Burke away, Dominic came out of hiding and kidnapped Jane.