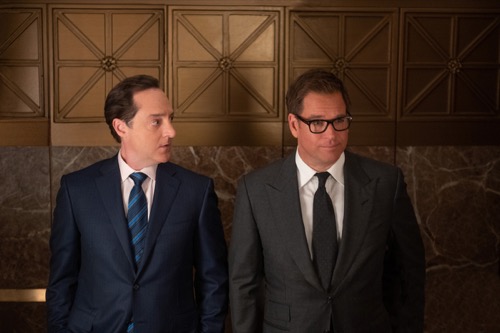 Tonight on CBS their drama Bull inspired by Dr. Phil McGraw airs with an all-new Monday, September 23, 2019, episode and we have your Bull recap below.  On tonight’s Bull season 4 episode 1 premiere called, “Labor Days,” as per the CBS synopsis, “As Bull prepares for fatherhood, his work at TAC suffers without his top attorney, Benny, who quit in reaction to Bull’s romantic reconnection to his ex-wife and Benny’s sister, Isabella (Yara Martinez).

In addition, the team faces a difficult time in court as they mount a defense for a young bartender on trial for involuntary manslaughter.”

Everyone missed Benny. Benny wasn’t with the firm anymore and the lawyer they were relying on was sort of crap. This new guy didn’t know how to win a case. He couldn’t reach the jurors and was tanking Bull’s brand, but Bull couldn’t get Benny back and he needed him for this new case. Bull was working with a father who hired him to represent his daughter Patricia. Patricia served a guy six shots at a bar. She tried keeping an eye on him and later thought everything was fine when the guy went home.

Only Eugene Hobbs didn’t go home. He went to his ex-wife’s place and killed her as well her four guests. Eugene was eventually killed by the police when they responded. Therefore, there shouldn’t be anything left to investigate. The police were being vigilant with being extra vigilant with this one case and they wanted to try Patricia for involuntary manslaughter. All she did was serve the guy some drinks. She didn’t know what he was going to do and she would have called the cops if she had. She called the police when he went home.

Patricia thought he was driving impaired. She didn’t want to take any risks so she called them and she didn’t back down until she saw he was done for the night. What he did next was all on him. It had nothing to do with Patricia and Patricia’s father didn’t want her going to jail for something that happened nearly two years ago. She had moved on since then. She was doing better and she didn’t need these charges to ruin her future when she literally went above and beyond for one guy on one New Year’s Eve party.

Bull soon agreed to represent Patricia because he believed in her case. It also resonated with him because he was about to become a father himself and he knew that Patricia would do everything possible for her. So, Bull needed Benny. He took a meeting with Patricia and a new lawyer and it didn’t go well. Mr. Perry wanted to plead down the case to a misdemeanor. He wanted to settle for a lesser crime despite knowing Patricia would still serve time and have a record. Bull thought Patricia deserved better than that.

Bull wanted a lawyer that wasn’t afraid to go to trial. He instead had Mr. Perry and that guy prides himself of never having to deal with a trial. He likes settling out of court. He was also all that Bull had, so Bull tried to make it work. Bull went with Perry to visit the ADA. He thought he was just going to sit there and he was actually thrown when the ADA asked him a few questions. The ADA wanted to know why Bull was settling. He asked if it was because he thought Patricia guilty and Bull said he knows Patricia is innocent.

Patricia didn’t load the gun. She just served a man some drinks and the ADA wanted to make an example out of her because he said he had to answer to six families about this incident. The ADA was so strident about this that he refused to take the plea deal. He said he was going to take Patricia to court and so Bull didn’t have a choice. He fired Mr. Perry. He knew he needed a lawyer for the courtroom and he had his people try everyone. And when that didn’t work, he called Benny and he finally apologized.

Benny was just asking for some respect. He wanted Bull to consult with him about these cases and he wanted Bull to ask him for advice when they were discussing courtroom strategy. Benny didn’t merely want to be the “lawyer”. He wanted to be respected as a lawyer and he wanted to be treated with kindness as well as respect by his friend. Bull was once his friend. They both forgot about that part when Bull decided to take on all the issues by himself. Bull owned the company. There was no which way about that and so Bull had to learn to let go some of his control.

Bull got Benny to represent Patricia. The hard part was getting Benny to follow his ideas like always before and so this time he had to listen to Benny. Benny didn’t want to go with Bull’s idea on how to handle the trial. He wanted to go with the Causation defense. He wanted to show there was nothing connection being Eugene being served the drinks and him killing a bunch of people. Benny said it was an actual defense and many at the firm agreed with him.

Benny’s idea was the better one. Everyone could see that and the hard part was getting Bull onboard. Bull could see that he didn’t have anyone in his corner on this one. So, he had to go with Benny’s defense and hoped it was for the best. Benny was after all a great lawyer. Bull probably figured he knew what he was doing and that’s why he ultimately decided to trust him. It was the best choice in the situation. It also wasn’t so bad of a theory and so Bull let Benny put it to the test in front of the jury.

Then he watched as it didn’t move the board in their favor. The jurors were resistant at first because they were looking for someone to blame and the idea that it could be no one’s fault hadn’t settle with them. It took everything out of Benny to prove that Patricia wasn’t at fault. He put Eugene’s best friend in the box and he questioned why the man hadn’t called the police when Eugene first told him that he was going to kill his ex-wife. Benny also questioned the man that sold Eugene the gun and the guy who ran the shooting range.

Benny showed how many contributing factors it took that night for Eugene to kill his ex and his former friends. Benny proved his theory how sometimes no one was to blame, but while he didn’t move the jury beyond a deadlock, the District Attorney’s office later decided to drop the charges against Patricia. They saw how she wasn’t at fault in this whole mess. So, Patricia was free and both Benny and Bull walked away with a new New Year’s Eve story.

It will be one that Bull tells his daughter to and it will be something she will later repeat to others.