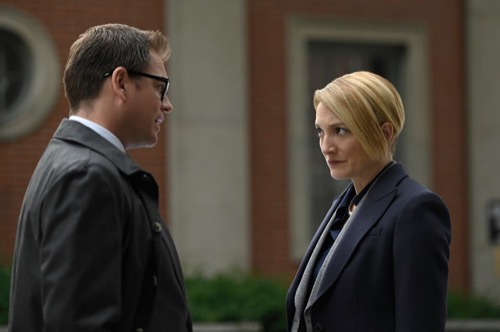 Tonight on CBS their drama Bull inspired by Dr. Phil McGraw airs with an all-new October 28, 2019, episode and we have your Bull recap below.  On tonight’s Bull season 2 episode 6 “Into the Mystic,” as per the CBS synopsis, “Bull and the TAC team question whether they have a solid defense when they represent wealth manager Rachel Elliot who’s on trial for her husband’s murder, which she claims to have no memory of due to an alcohol-induced blackout.

When Rachel’s reputation for aggressive behavior threatens to hurt them in court, Bull avoids jurors with “rage bias,” an inherent dislike of people who can’t control their emotions.”

A married couple had a minor disagreement on their boat. It started off as small and it slowly got worse as the wife began drinking more. By the next morning, the wife woke up with a hangover. She couldn’t find her husband nor could she explain the bruises on her arms. She went looking for her husband and she couldn’t find him on the boat. She did, however, find blood. She called 911 to report it and she could tell they suspected foul play by the way they questioned her. Rachel Thomas then called Bull.

Rachel knew what her situation looked like. She had told the police officers that she was drinking on the boat and that she didn’t remember returning to land. She also confessed to an incident that several months ago. Rachel had been drinking then as well and she turned into a nasty drunk. She unleashed on her husband a torrid amount of abuse. In full view of witnesses, no less! Rachel couldn’t control herself then and the Nassau Police believes she couldn’t control herself now. They believed she wacked her husband over the head with a fire extinguisher.

Their belief was also backed up by evidence. Peter Thomas’s body was later found by the shore and he died from blunt force trauma to the head. He was knocked out by an object that hasn’t been found yet. This was at first taken as good news and then the fire extinguisher was found. Now, this became a problem for the defense. Rachel and her husband had been fighting that day and she did, in fact, threaten to bludgeoned him with said extinguisher. She said that as well as plenty of other things that could be construed as a threat.

Which could mean she repeated this to the police when asked. Rachel seems a little detached from reality and she’s been acting out of character for a while now. She tried to flirt with her husband before they got into a fight. She also went into work the same day she reported her husband missing and so that made her look cold. Not that she needed any help in that area. Rachel just seemed like a cold person with everything she does and that includes her behavior in the courtroom. She dressed as if she was going to work and she showed no reaction whatsoever.

It’s like they weren’t discussing her husband’s murder. Bull had to take her aside at one point because he needed to give her notes on how she should behave and she literally wrote them down because empathy was too hard to remember on its own. There was an upside to her coldness, though. She had no motive to kill a husband she didn’t love because she was divorcing him. She had already hired a divorce lawyer and her prenup was airtight. Her husband wouldn’t have gotten a penny if he cheated on her.

Bull’s associates couldn’t have evidence of an affair. Then the evidence fell into their lap when the prosecutor called Helen Potter to the stand. She was the neighbor and she claims she saw Rachel get off the boat by herself. She also added how this was unusual because Peter always docked the boat himself. He did so even when he was sleeping on the boat that night and so why would Helen know that. She testified just before this line of inquiry that she didn’t know the couple all that well. Except it was clear that she did know Peter.

Benny alluded to an affair between Helen and Peter. Did Peter upset her by not asking for a divorce? Why was she really watching him all that time? The judge stopped Benny from pursuing that line of questioning and yet that’s what’s going to stay with the jury. They were going to remember Helen and it took some pressure off of Rachel. Rachel’s defense team had won a battle with Helen. To win the war they did have to change tactics and Bull had an idea. He noticed that Rachel’s memory lapses were about more than her drinking.

Bull later asked Rachel if she was suffering from early-onset Alzheimer’s. She didn’t bother to lie to him so she did confess that she was losing her memory and that she was trying to hide it by writing things down in her notebook. It also explained why she was so cold as well as why her check bounced. Rachel was losing her grip over her own life and there was no telling what she could have done in one of her rages. Bull suspected she may even have killed her husband. He told her that mental capacity is compromised and that they should plead nonguilty by a mental defect.

Rachel was the one that didn’t want to do it. She wanted to operate like everything was normal and she wanted her condition to remain private. That was okay with Bull because his team found evidence that could help her. Bull just wanted one thing in exchange for helping her and it was a resignation. Rachel needed to resign from her company. She couldn’t be leading a hedge fund company with a compromised mental state and so she agreed to resign. She then watched as Benny put a very credible witness on the stand.

This witness testified that it had been Peter that tried to kill her. Her husband placed a bag over her head and tried to suffocate her. She then fought back and killed him. There was the bag that was found which was used to suffocate her and there were also her own mugshots which showed burst veins around her eyes when she went out oxygen. Benny offered the court a compelling case that showed that Rachel acted in self-defense. And the evidence along with a great closing statement had convinced the jury to find her not guilty.

Rachel then retired from her firm, donated a lot of money to Alzheimer’s research, and she went to go live in London.