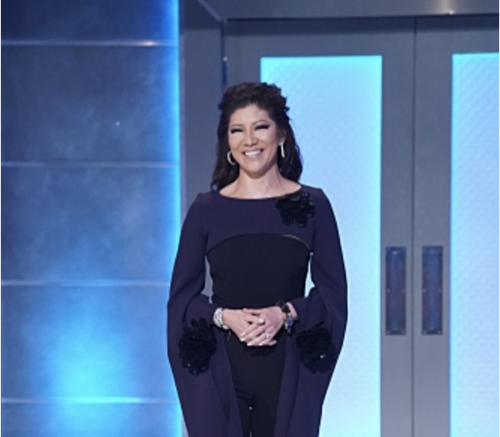 Tonight on CBS Celebrity Big Brother US 2019 premieres with an all-new Monday, January 22, 2019, episode and we have your Celebrity Big Brother US  2019 recap below! On tonights CBBUS2 season 2 episode 2 as per the CBS synopsis, “Celebrities live together in a house; and each week one or more of them will be voted out.  Tonight we will see the HoH named and then nominations.”

Its been 24 hours since the celebs have moved into the house. Tonight Ryan and Jonathan will go head to head with one becoming the HOH and the other on the chopping block. Neither one of them wants to go head to head. The two talk quietly. They need to control the votes by building alliances. Jonathan is going to work on getting 7 people. Ryan thinks this is a good idea.

Jonathan approaches Tamar and Nolo and talks about aligning with some of the others. The two ladies seem down for it. Tamar tells Kandi and she seems up for aligning. Nolo approaches Joey but before she can get I tout he talks about how much he hates alliances. She and Tamar tell Ryan and Jonathan. None of them can believe he isn’t going to align with anyone.

Everyone goes outside to watch Ryan practice his swimming in the pool. Ryan is psyched as he is training for the 2020 Olympics.

Tom talks to Anthony about his future in politics. Tom jokes how he is surrounded by sinister characters just like himself. They both wonder of the government is still shut down.

Nolo and Jonathan work on Natalie who wants in on the alliance. Later, the ladies all get together and talk about making their own female alliance. Natalie plans to play both alliances.

It is time for a competition in the backyard. They head out back. Ryan and Jonathan will compete by trying to knock down billboards. Whoever knocks them down will be HOH. Ryan plans to go full Tarzan mode. They both go flying into the air on zip lines. Ryan manages to knock almost a full one down first followed by part of a second right after. Jonathan cannot believe he did it. Jonathan manages to get part of each one. They both work to finish them off.

Jonathan is thrilled when he manages to knock down more blocks while Ryan struggles. In the end, Ryan manages to get back up and get rid of the rest of his blocks. He is the HOH. Jonathan is on the chopping block. Ryan must pick two more nominees to join Jonathan. He has to announce his choices in 30 minutes.

Ryan and Jonathan meet up to talk in the bedroom. Tom comes in and interrupts them. Kato comes in next. Jonathan just wants to talk to Ryan. Meanwhile, Anthony, Tom, and Kato form their own alliance.

Ryan tells Nolo and Tamar he thinks Dina and Anthony should go. Kandi comes in. She seems uncomfortable. Ryan tells Jonathan his picks he isn’t happy to hear about Dina.  He tells Ryan Dina is no threat and they should keep her around.  Jonathan feels bad if Dina goes the first week because she has been like a mother to him.

Ryan feels being Head of Household is a big decision.  He says he will make the final decision at the ceremony.

It is time for the ceremony. Ryan nominates Tom and Anthony.

Jonathan is happy Dina wasn’t picked. He thinks he can trust Ryan 100%. Tom isn’t giving up and neither is Anthony.