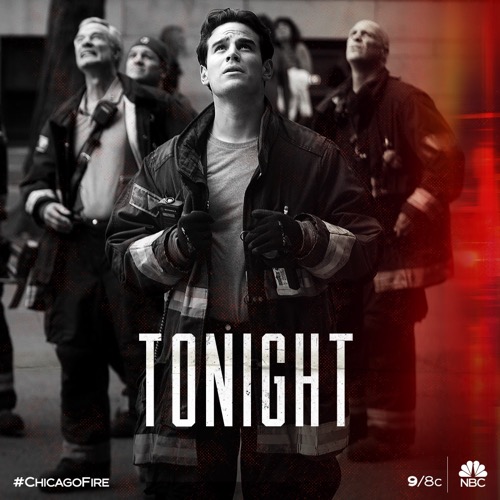 Tonight on NBC Chicago Fire returns with an all-new Wednesday, October 2, 2019, season 8 premiere episode 2 called, “A Real Shot in the Arm,” and we have your Chicago Fire recap below. On tonight’s Chicago Fire season 8 premiere as per the NBC synopsis, “Lt. Casey struggles to get Chief Boden to sign off on an energetic new recruit. Against her better judgment, Foster extends an olive branch to her irritating new medic.

Otis inspires Herrmann to seek new partners at Molly’s. Brett realizes life in Fowlerton will take some getting used to.”

Tonight’s Chicago Fire season 8 episode 2 looks like it is going to be great and you won’t want to miss it.   While you’re waiting for our recap make sure to check out all our Chicago Fire recaps, news, spoilers & more, right here!

Chicago Fire begins tonight with Joe Cruz (Joe Minoso) giving a tour of his apartment, as he is breaking the lease, saying it is too much space for him; suddenly he spots a box of Brian “Otis” Zvonecek (Yuri Sardarov). Back at Firehouse 51, there is talk about how difficult it will be to replace Otis as Christopher Herrmann (David Eigenberg) assures Ritter (Daniel Kyri) that he will be back on the truck soon. He looks at the monument and says that he wait!

Stella Kidd (Miranda Rae Mayo) and Emily Foster (Anniee Ilonzeh) are in the locker room when new recruit Chad Collins (Austin Peck) walks in with only a towel around himself; as Foster reminds him this is not a strip club. Kidd reminds her that Collins is her partner and as much as it sucks she needs to accept that Sylvie Brett (Kara Killmer) is not coming back.

The crews are called out, where a man ins entangled in ropes at the side of a building. Chief Wallace Boden (Eamonn Walker) tells them to get the aerial ready and they can reach him by the side balcony. Suddenly a candidate Gallo from another firehouse decides to play hero and jumps from balcony to balcony determined to reach him as Kelly Severide (Taylor Kinney) says he is going to get himself killed. He actually makes it there, wrapping the man in his legs until aerial gets him. People clap for him but all the firefighters are furious.

Kyle Sheffield (Teddy Sears) and Sylvie are grocery shopping when they run into her high school friend, Hope. Hope knows that she screwed up a lo the last time she saw Sylvie and is playing like she needs to make an apology, something Kyle is pressuring Sylvie into doing.

Back at the Firehouse, Herrmann shares that he doesn’t have the money to buy out Otis’ share. Randall “Mouch” McHolland (Christian Stolte) says no, as well as Cruz and Severide. Stella approaches Kelly and says that Herrmann has a point, but he suggests going on the lake and fishing. Foster just cannot tolerate her new partner as he seems really uneducated to her.

Matt Casey goes to see Chief Boden, saying he wants Blake Gallo from Engine 9, from the rescue that morning. Boden says he cannot have him as he is a daredevil and he will not have him in their house. They just buried a firefighter and will not bury another; find someone else!

Meanwhile, Sylvie drinks her milkshake in silence with Hope, saying she only came because of Kyle who is big on forgiveness. Hope admits that just before she got to Chicago she was in an abusive relationship, not that it excuses what she has done. She can’t understand why Sylvie ended up with a firefighter, but she does admit that she misses everyone at 51. Emily tries to make amends and gives Chad a bunch of word scramble books, something he thinks is really cool.

Mouch walks Tuesday and runs into Chloe Allen (Kristen Gutoskie), who wanted to talk to him, they sit at the bench where she checks in about Joe. He reminds her how tough this one is, but she is the one who is keeping him going right now.

Kelly and Kidd seem stranded in the middle of the lake, and Stella wants to call for a rescue but Kelly insists they are not. Their rescuers cannot wait to brag about who they tow-in, just as they get to the marina another boat arrives and a man falls overboard but when he approaches the boat to be lifted in, he gets caught in the propellers. Kelly dives in to save him.

Kelly shouts as Kidd turns off the boat; neither man resurfaces right away, but there is blood everywhere as Kelly has Mikey (Asante Deshon) in his arms but his legs are pretty mangled.

CPD Sgt Trudy Platt (Amy Morton) comes to Mollys, talking about how disgusting the cherries are in bars when Brett video calls saying she is just settling in. Joe tries not to talk to her and kind of pushes the phone by. She talks about her and Kyle buying a house, everyone misses her too much and can’t talk; leaving her hanging when Herrmann hangs up on her; it is clear she misses it there desperately. Kidd jokes about all their big plans and they still end up at Molly’s.

Matt introduces Blake Gallo to Kelly, them both telling him he took quite the risk but he felt their patient was slipping. He hopes he runs into them again because he feels he could learn a lot from the two of them. Matt tells Kelly he feels this kid could be the real “Shot in the ARM” the whole firehouse needs right now. Conveniently after Boden said no, Casey left Gallo’s file on his desk.

Foster asks Chad to come by Molly’s more often and hang out. He says he is flattered by her vibe but he has a girlfriend, so “this” is never gonna happen. He promises she will find someone great, causing Foster to seethe. They are called out for an emergency.

Their patient is a young girl who has an allergic reaction but is now causing paralysis. Her mother mentioned jetlag and was in Australia for the past 2 weeks. They find a tick in her head and are able to remove it with tweezers, put it in a tester and taking her to the hospital. Foster tells Chad to get the stairchair.

Sylvie is trying to fill out shift paperwork but nothing happened so she is told just to sign her name and tells the Chief she will see his next shift. She looks at her watch, but walks in on Hope extremely close to Kyle; she quickly closes the door saying she will let them get back to talking.

Severide goes to Casey, asking if he spoke to Boden about Gallo yet? Apparently, Kelly is staying away from Boden too after what he did to his boat too. Matt isn’t there to push his luck with Boden either but he feels the firehouse needs it. Herrmann doesn’t want a loan, he wants a partner; he admits it wouldn’t be any fun running Molly’s by himself, something Mouch overhears.

Boden knows about his boat is in pieces at the marina. He says as long as he is calling the shots, Gallo will never work at 51. He acts like a rockstar and it will get himself or someone else killed. There has been enough loss at 51, but that is enough about him. Severide reminds Boden of his first week being there and how he made him a better firefighter and he could do the same for Gallo.

Chad praises Emily for her work today, Cruz laughs and Emily fires him, saying he is terrible at his job; orde4ring him to put his clothes on and to go to HQ for a new assignment. Cruz looks completely shocked. Cruz calls her a “killer” as she worries now that Boden will murder her because she can’t fire anyone. Kidd wants to go out but Emily says they are going to go get Brett back right now, on a side note if they don’t get her back by next shift she is screwed. Kidd says, “let’s bring our girl home!”

Kyle reassures Sylvie that there was nothing going on with him and Hope, she knows as she trusts him but not Hope. She is sorry for being so quiet but he is such an amazing guy but this life is not her life but 51 is. He says everything inside him says he should convince her to stay and he knows she is not happy there. More than anything he wants her to be happy, he takes her hand as she cries.

Kidd and Foster give her a big speech about how she has to be next to Emily in the rig and yelling at her, but the speech ends since she is already packed and Emily says, “Let’s go!” They load her up as she taps the door for the last time, Joe is thrilled that Brett is coming home and its obvious she misses them as much as they miss her. Mouch walks in and Christopher offers him a beer and presents him with a check saying he is buying Otis’ share of Molly’s with $45,000.00 Herrmann doesn’t seem too keen at first that Trudy is his partner too but Mollys is saved so they are planning a barbeque the next day. He tells Ritter to bring a date, causing Ritter to reveal he is gay; something no one is opposed to.

Gallo meets with Boden, Severide, and Casey, thanking them for rolling the dice on him; knowing the high cost this opportunity comes to him. He knows he is walking in the shadow of a very beloved member of this family and he intends to honor Otis in everything does Boden hugs him and welcomes him to the family.