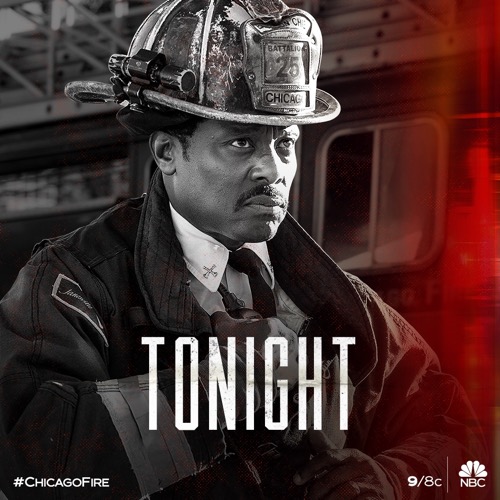 Tonight on NBC Chicago Fire returns with an all-new Wednesday, November 06, 2019, season 8 episode 7 called, “Welcome to Crazytown,” and we have your Chicago Fire recap below. On tonight’s Chicago Fire season 8 episode 7 as per the NBC synopsis, “Severide must make a tough decision about the future of his career at Firehouse 51; Herrmann deals with the consequences of his temper after a run-in with a Chicago police officer.”

Tonight’s Chicago Fire season 8 episode 7 looks like it is going to be great and you won’t want to miss it.   While you’re waiting for our recap make sure to check out all our Chicago Fire recaps, news, spoilers & more, right here!

Brett tells Foster that she just got a message from Ryan that Isaac is being released early. Casey interrupts and says that Ryan was the guy Brett was dating, it seems like he is vested. Brett says she wasn’t dating him, they only had a drink at Molly’s.

Severide and Kidd are walking through the hall, that she bought a scratch and win a ticket and she didn’t win. Chief Boden tells Severide that there is a new lieutenant in OFI that is going to come over to talk to him; they assume it is about the arson case. The alarm goes off, the crew head out.

On-site, Chief Wallace gets out of the truck and heads over to talk to the police to see what is going on. It is a domestic case, a man is holding his girlfriend hostage at gunpoint. Casey goes to check on the girlfriend’s kids, they seem to be ok, not hurt but very afraid. The girl says that the man holding her mother hostage is her ex-boyfriend. Brett tries to reassure the girl and tells her to take off her little brother because he looks scared.

CPD is speaking to the man, he wants all the police and fire gone – he stops talking and throws his cell phone out the window. Swat moves in, they shoot teargas in the window. All of a sudden there are gunshots and it looks like smoke coming out of the window. The woman comes to the window and it doesn’t take long for the man to appear, put his arm around her neck and start randomly shooting. The crew head up on the roof, they secure Casey and Severide and send them propelling down the building. They quickly grab the woman, the man is frantic, he is looking for her but Casey has her in his arms and he is moving up the building. The man is still searching for her and Herrmann blasts him with the water sending him backward. Casey and Severide save the woman, she is reunited with her children.

Back at the station, Casey asks Brett about the children when Ryan walks up and tells her that Isaac is going home to his mother. Brett says she is surprised, last she saw her she had pretty much given up on Isaac. Ryan says she has changed and he wants to thank Brett by taking her out to lunch.

Lieutenant Wendy Segar arrives to speak to Severide, she starts by telling him that she has done a little background check on him and she is really impressed. Severide asks her why she is there. Segar wants him to work for them, he smiles and tells her he appreciates the offer, but he is happy where he is. She tells him that there is a reason he reached lieutenant by the time she was twenty-eight, she doesn’t give up easily.

Brett is speaking to Kidd and Foster, she tells them it is not date, referring to Ryan inviting her to lunch. Kidd says if it is just the two of them it is a date. Foster disagrees, it is lunch. Brett says she is going to cancel. Foster tells Brett the only way she will know is if she goes.

Chief Wallace asks Hermann if he got into a scuffle with an officer Hurdle, he says no, the officer just wouldn’t move out of the way for the engine. No harm no foul. The officer claims a different story, he says Hermann laid hands on him.

Hermann reaches out to Burgess, tells her that he has a problem with Hurdle. Burgess asks what happened, Hermann tells her the story, he never assaulted the officer. Burgess says he is a beafer, always blaming the other cops for his own problems. She says she can’t speak to him, there is no talking sense to him. She suggests that Hermann extend an olive branch and apologize to him.

Chief Wallace shows Severide a transfer slip that he received, Severide says it is a mistake, he made it clear that he would not go to OFI.

Hermann calls Hurdle, leaves him a message apologizing and invites him to Molly’s for a beer, his treat. Mouch tells Hermann it is going to work.

The slamigan is being showcased at an expo, Joe is there and he sees another product that copied his, he is upset and says they ripped him off.

Brett and Ryan have lunch, it goes well, he goes to kiss her at the end of the date and she backs away and tells her she just got out of a relationship and she thought this was a friendly lunch.

Severide finds out it is not Segar who transferred him, it was commissioner Grissom.

Hermann goes to see Hurdle after he doesn’t show up at Molly’s, he tries to apologize in person and brings him a bottle. Hurdle is ignoring him, Hermann asks him if he understands what kind of trouble this complaint will cause him, Hurdle doesn’t care.

Severide is back at the station with Casey and Chief Wallace who tells Severide there is only one thing to do, Severide should go speak to the commissioner.

Cruz and Severide head back to the Expo, the rep is not watching the booth is chatting with people instead of doing his job. Cruz confronts the people who copied his patented product and tells them he is sending them a cease and desist.

Hermann is back at the station, he shares with the guys that the complaint has escalated to conduct unbecoming, he stands to lose command of engine 51.

The alarm goes off, they respond to an accident. A golf cart fell over on a man, Kidd calls for an ambulance, the man was pierced through the ribs with a broken gold club. Kidd saws the golf club and frees the man.

Hermann has to go to a hearing, he tells Severide its him and his temper, it was bound to get him in trouble. Severide tries to give him some encouraging words and tells him if he didn’t do what he did, maybe everyone would not have made it out safely from that hostage situation.

Back at the expo, Cruz is there and speaks out, so does the rest of the crew who are also there to support him. It doesn’t take long for Cruz to show the audience that his product is the real one and orders come in.

Severide is in the commissioner’s office, who tells him that the reason why he wants him in OFI is that he is talented and a good fit. Grissom tells him a story about his path that brought him to the commissioner’s office. OFI needs help and Severide is uniquely qualified, Grissom asks him to just help them with their backlog cases. Severide says yes, but first, he has to do something for him.

At Molly’s Brett and Casey are sitting down for a beer, he tells her his money is on her that she will find what she wants.

Hermann gets a call, the hearing is canceled – looks like the favor he asked Grissom for was to get Hermann off.