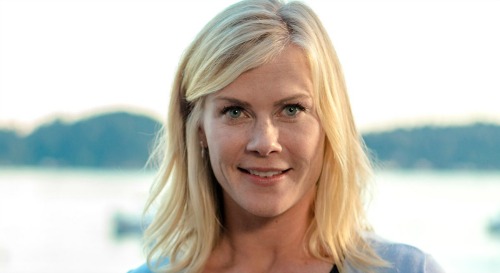 Days of Our Lives (DOOL) spoilers has some great news to report about a fan favorite DOOL actress and her return to the show. Alison Sweeney, who portrays Sami Brady on the NBC soap from time to time, has conformed she’s been taping new scenes. That’s great news for DOOL fans, and it means that we’ll be seeing Sami back in Salem next year.

Alison appeared on the Hallmark Channel’s “Home and Family” talk show and revealed her return during her interview. “Sami’s back causing some trouble,” Alison said. “I had a lot of fun being there and being a part of the fun.”

The only downside of her reappearance as Sami is that viewers won’t see her until late 2020. “My scenes are not going to air until next summer, in August,” she stated. But she did tease that fans would enjoy her return. “Hey, Days fans, you’ve got some good stuff coming your way, and my character is definitely causing some trouble.”

One can only imagine the kind of trouble that Sami could get into, now that Stefano DiMera is back and is inhabiting the body of Steve Johnson (Stephen Nichols). Days of Our Lives viewers will remember that Sami has been in Europe with EJ DiMera (James Scott), who is presumably still recovering from his debilitating injuries from the DiMera warehouse fire.

Marlena Evans (Deidre Hall) has spoken with Sami via phone since the time jump has taken place, but at present viewers are not privy to what’s going on in Sami’s life. One wonders exactly how long her return will be, and whether she’ll end up bringing EJ with her to reunite him with “Stevano.”

There’s also been ongoing DOOL buzz about Sami’s son Johnny DiMera (Aaron and Griffin Kunitz) possibly making a return to Salem. Of course, knowing Sami, she’d probably want to keep her son as far away from “Stevano” as possible. At any rate, it will be interesting to see exactly what brings Sami back, and whether EJ, Johnny, or any of Sami’s other kids will come back to Salem with her.

Whatever the circumstances of Sami’s return, it sounds like she’ll be stirring up plenty of trouble in typical Sami fashion. Are you looking forward to her return in 2020? Stay tuned to DOOL and don’t forget to check CDL often for the latest Days of Our Lives spoilers, updates, and news.