BY hellodrdavis on May 26, 2019 | Comments: Leave Comments
Related : Days of Our Lives, Soap Opera, Spoiler, Television 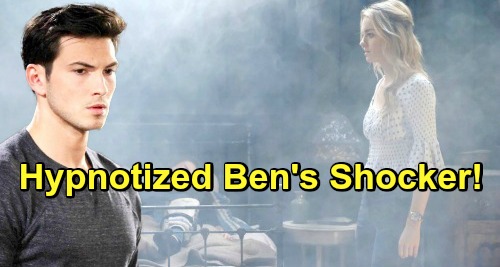 Days of Our Lives (DOOL) spoilers tease that Ben Weston (Robert Scott Wilson) will be feeling the pressure. There’s a new police commissioner in Salem and she’s determined to make punishing Ben her number one priority. As DOOL viewers know, new commish Eve Deveraux (Kassie DePaiva) holds a serious vendetta against Ben for killing her daughter Paige Larson (True O’Brien), and she plans to use the power of her office to bring Ben down any way she can.

Well, Ben knows that he’s under suspicion for setting the first cabin fire that nearly killed Ciara Brady (Victoria Konefal), and that this is probably the first route Eve will go to try to bring him down. Ben doesn’t think he set the fire, but he’s always been bothered by the fact that he was off his meds at the time, and a small part of him wonders if he knows more about the fire than he thinks he does. 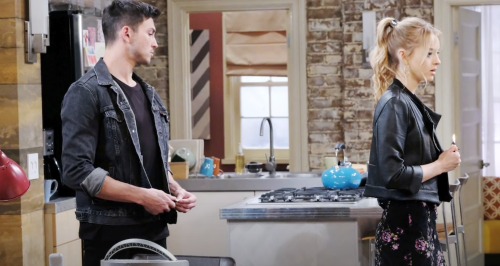 And at the same time that all of these thoughts are swirling around Ben’s head, he’s noticed some strange things about Claire Brady (Olivia Rose Keegan) that are leading him to wonder whether Claire may have fire-starting tendencies. As DOOL viewers know, Ben walked in on Claire as she was about to torch a pile of Tripp Dalton’s (Lucas Adams) clothes with a lighter that looked a lot like his.

According to Days of Our Lives spoilers, Ben will share his suspicions about Claire possibly being the cabin fire-starter with Ciara. Ciara won’t want to believe that Claire could have done such a thing, but Ben will want to get to the bottom of the matter. So, he’ll reach out to Marlena Evans (Deidre Hall) once again and ask for her help.

Specifically, DOOL spoilers say that Ben will remember hearing a very specific ringtone from a phone. That will definitely be a new development, and it will tell Ben that someone else was there on the night of the fire. Of course, as you might guess, the ringtone will turn out to be from Claire’s phone, but Ben won’t know that. He’ll just know that he can identify the ringtone if he hears it again.

So, it will be both good news and bad news for Ben. On the positive side, he’ll know that someone else was present at the cabin, but on the negative side, he still won’t have enough evidence to point the finger at the guilty party and get Eve off of his case…at least for now.

Do you think that Ben will be able to prove that Claire set the fire before Eve can get to him? Stay tuned to DOOL and don’t forget to check CDL often for the latest Days of Our Lives spoilers, updates, and news.