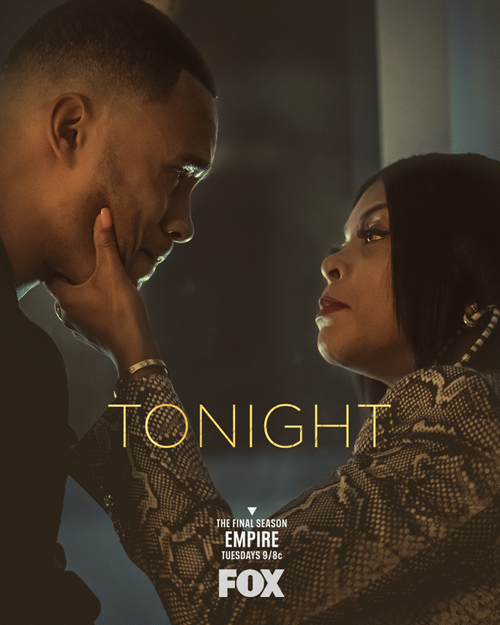 Tonight on FOX their blockbuster drama Empire airs with an all-new Tuesday, October 1, 2019, episode and we have your Empire recap below. On tonight’s Empire season 6 episode 2 called, “Got on my Knees to Pray,” as per the FOX synopsis, “While Lucious is still on the run, Cookie confronts Damon about why he lied to her. Andre, who is dealing with his own personal trauma, is suddenly forced to grapple with an unforeseen family complication.

Meanwhile, Becky and Giselle try to get the star power they need out of their first Bossy Media artist and Tiana tries to help Devon find his sound.”

Tonight on Empire, starts off with a flashback between Lucious and Beretti arguing over an artist Lucious stole from under Beretti. In present-day Beretti is standing on the property of Lucious’ old home that was seized by the bank. Cookie visits Damon for answers and asks him why he went to the Feds and told them about Lucious, he said he did it to save Cookie from Lucious and she disagrees. Andre is burying Mouse whom he killed in a tussle.

Lucious and Andre go over their plan to use Lucious’ girlfriend Yana to steal a laptop from her uncle Ray who works for Damon, they need it to clear Lucious’s name from the feds. Becky struggles to make her untalented signed artist a star. Andre returns home to find his pregnant child’s mother Teri, unconscious on the floor, and frantically tries CPR on her, Andre is forced between saving the baby or Teri in an emergency C-section, he calls his pastor to help him but Andre doesn’t have enough faith in praying and tries to save them both by telling the doctor to bring in two sets of surgeons for both Teri and the baby.

Lucious drops a tracker in Yanas bag to locate her while she goes to collect the money from her uncle so he can steal the laptop. Becky tries some karaoke at a bar with her signed artist to break her out of her shell and it seems to work she starts the song and not be afraid of singing in front of others.

Cookie makes a daring move to unlock Damons phone as he’s asleep to steal information but is interrupted by Andre telling her about Teri’s status in the hospital and she heads off there.

Meanwhile, Tianna and Andres’ artist tries to find his own unique style and passion instead of fitting into what Andres wants him to be, they get distracted and begin their own make-out session in the studio.

Andre pleads for the baby and Teri’s life to God and offers himself as sacrifice but Cookie walks in just in time as Andre was about to cut his chest open to give back the donated heart that saves his life, he is very much conflicted and is desperate to save his family,she talks him out of that just in the nick of time.

Lucious waits for Yana to fall asleep as he slips off to go track and retrieve the laptop from Damon. Back at the hospital, Andre prays to God to spare his family life and both Teri and baby make it out fine but then is haunted by a vision of his deceased brother’s ghost who tells him that is wasn’t God that saved his family but it was him.

Lucious follows the tracker and meets with the man who has it and demands the laptop to clear his name, as Damon goes in his safe he realizes the laptop is gone and immediately heads to Cookie for answers and points a gun at her.