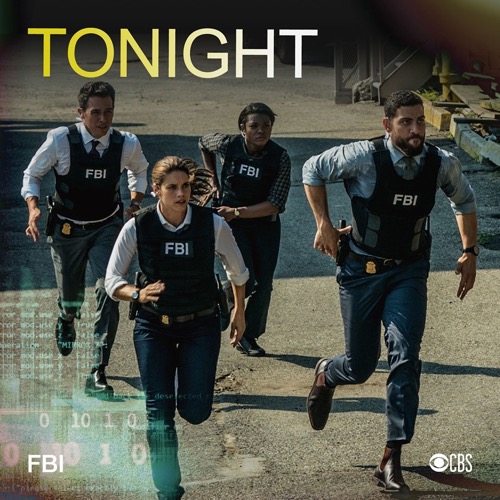 Tonight on CBS FBI airs with an all-new Tuesday, October1, 2019, season 2 episode 1, “The Lives of Others,” and we have your FBI recap below. On tonight’s FBI season 2 episode 2 as per the CBS synopsis, “The son of a prominent “mommy blogger” is kidnapped, and the team must sweep through her two million followers to find the culprit. Also, Kristen continues to adjust to life as a field agent with her new partner, Stuart Scola.”

Eli Harper was abducted from his home. He was six years old and he was a known face because his mother was some kind of blogger. Stacy Harper wrote lifestyle articles. She also did television appearances and she usually talked about her family. Like her young son. Eli would even receive gifts from people and one recent gift had creeped out the Harpers. The gift was a dinosaur picture book. The book itself wasn’t offensive, but it came with a message about how this stranger will always love Eli and his parents were concerned.

They thought it was from an overzealous fan. They ended up throwing away the book because it was so odd and they didn’t think anything of it until Eli went missing. He was last seen when his mother put him to bed, but he was gone by morning and his favorite toy was also gone. His dinosaur Hector was all over Stacy’s blog. She wrote about how her son loved to eat her food and that he would feed the food to his dinosaur. It was a part of their routine. Stacy thought it was cute and so did the audience.

Stacy made a lot of money from her blog. She was richer than the agents working the kidnapping and Bell was especially a fan. The FBI agent would watch Stacy’s videos to help her feel better. Bell credits the videos in helping her adjust to her husband’s death and so Bell stayed close to the family. She was their liaison while Zidan was following leads. They had gotten a fingerprint from a window in Eli’s room, but it wasn’t on file and it was hard to follow that as well as deal with the sex offender across the street.

Todd Crebins is a registered sex offender. He was supposed to disclose when he moved into the neighborhood and he never did. He kept the fact that he was found guilty of molesting a young boy to himself, but he hasn’t changed his ways. Zidan searched the man’s home and he found a telescope pointed at Eli’s room. It turns out Todd likes to watch him. He also likes to collect things that Eli may have left behind and therefore he had Hector. He said he found the dinosaur lying in the street. He picked him up because he wanted a piece of Eli and so no matter what – Todd was going to remain a suspect.

Then there was that mystery call. Someone called the Harpers’ home and he left a message about how Eli was fine. It wasn’t a ransom call and it didn’t seem like the person was gloating, but the FBI couldn’t rule out that it wasn’t a hoax. There were plenty of people that didn’t like Stacy. They started flooding her website when they found out about Eli and they told her that they wished her son was dead. It was Stacy’s fear that one of these trolls might have taken her son. She was worried that this kidnapper could have taken her son to get back at her so Bell had to be the one to calm her down.

Stacey’s husband Drew, however, was in trouble. He lied to the FBI about his whereabouts. He said he got home late last night and that he grabbed the paper at five that morning. Only the FBI learned that he stayed all night in the city and that he didn’t get home until five. He must have slipped in when Stacy was asleep and so the agents questioned why he would lie about that. Drew soon claimed that he accidentally fell asleep. He said that he was working all night and that he took a nap that turned into something longer.

Drew admitted he lied about his whereabouts because he didn’t want to hurt his wife. He didn’t want her to know that he was miles away when their son was being kidnapped and at first Zidan was willing to believe his story, but then they found evidence against him. The mystery call was traced back to a cell phone that Drew purchased three years ago. The FBI believed he must have handed that phone over to an accomplice and they questioned him about it. Drew, on the other hand, said he throws old phones into a junk drawer.

Drew said that the kidnapper could have grabbed his phone when he took Eli. Which pans out because there was plenty of footage on Stacy’s blog and there were even videos of her showing off her husband’s junk drawer online. Anyone of her viewers could have gotten everything they needed to pull off this kidnapping. They just had to watch her videos and so that’s what the FBI targeted. They looked for men matching their profile that would visit the site every day and then they looked for the one guy that suddenly stopped.

The kidnapper wouldn’t be interested in videos of Eli if he had the real thing. The FBI used the website traffic to narrow down their list of suspects and surprisingly they also received help from Todd. Todd believes he loves Eli. He doesn’t want anyone to hurt him so he told the FBI how they could catch this kidnapper. And his tips helped. The FBI found Wayne Rydell and, unfortunately, they didn’t find Eli. The boy was still missing, but Rydell was found with a go-bag and he did have a layout of Eli’s house with him.

Rydell was practically the perfect suspect. The FBI just didn’t have enough evidence to back it up and they couldn’t talk to Rydell because he demanded his lawyer. But Bell and Zidan applied some pressure. They talked (in front of the suspect) about how pedophiles were usually killed behind bars and they broke through Rydell’s resolve. They got him to talk to them without his lawyer. He claimed that he saw a black car on the night Eli went missing and that was the second time they heard about this mysterious black car.

Drew said he saw one and Todd might have seen one as well. The FBI didn’t know what it meant, but they followed the lead and it leads to a black car listed under Lisa Defasio’s name. No one knew who she was and yet they got the pretty idea when they found Stacy’s hidden photos. Stacy had apparently faked her pregnancy with Eli. She was never pregnant and there were photos in bikinis when she was supposed to be nine months along. So, the FBI had to question Stacy again. They needed the truth about her son and the truth was Stacy needed a surrogate.

Stacy tried to get pregnant naturally. It just never worked out and to make things worse she also suffered several miscarriages. By then, Stacy was desperate for a baby. She turned to a surrogate for help and Lisa had seemed like a lovely girl. She said she was being surrogate to pay for college. Lisa hadn’t contacted the Harpers since Eli was born and that’s why they didn’t think of her when he was kidnapped. They didn’t know that Lisa was snap. She started a blog when her mom got sick and she wrote about dropping out of college when things got bad. And it seems she tried to become Stacy.

Lisa desperately wanted Stacy’s life. She wanted the attention and the perfect family, but Lisa never got that. She was left alone when her mother died and she got to watch her biological child live this perfect. Lisa had kidnapped Eli because she thought he would make it better and he couldn’t. Eli couldn’t fill the hole she had left. And now he never will.

The FBI found Lisa and they rescued Eli.

Eli was returned to the family and the Harpers thanked Bell for all that she did for them.

They still remained the perfect family for Bell and it made her realize that she needed to put herself back out there.

And that Bell couldn’t mourn her husband forever.