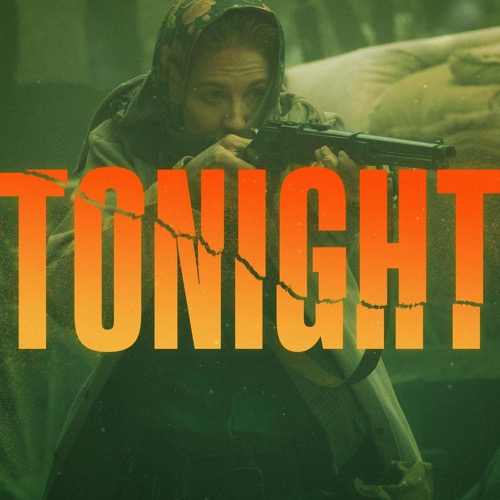 On AMC tonight Fear The Walking Dead (FTWD) airs with an all-new Sunday, June 16, 2019, episode 3 and we have your Fear The Walking Dead Recap below! On tonight’s FTWD season 5 episode 3 called, “Humbug’s Gulch,” as per the AMC synopsis,  “June and Dorie take shelter to hide from the threat, but a misunderstanding with a desperate survivor leads to trouble; Alicia and Morgan face a dangerous obstacle.”

Walker by Walker, the group continues to kill them. John, Alicia, and Morgan all call each other and report that their areas are clear. John is out of range, Lucian warns he and June to be careful. All of a sudden, John and June arrive at another roadblock of walkers tied together. All of a sudden, shots are fired. They take off in the truck and run over the walker barricade to outrun the bullets. They happen upon a small makeshift mid-western town, John’s old stompin’ grounds.

John brings June to a building where he believes there might be weapons. He points to upstairs, and they head there. Inside, it looks like an office mixed with a place where performers were getting ready before a show. They find the mother load of ammunition and weapons.

Luciana is not well, Alicia says she is sorry for what happened. Luciana says she is not sorry, she doesn’t regret getting on that plane. Whatever comes next, how bad can it be? Alicia radios Morgan and tells him they are on their way back. Alicia heads Annie and Danny on the radio, she tells them she wants to help them. They don’t want their help, but that is not going to stop Alicia.

It is really windy outside, June is trying to reach Alicia and Morgan by radio but no luck. John wants them to make a run for it to the car. June doesn’t want to go, its midnight, and she is afraid they won’t make it with the strong winds. John wins, they head out and walk towards the van, somebody shoots at them and shoots out the tires in the van. John shoots the person and gives him time to run after the person. June saves the day, but there are walkers everywhere because the gunshots caught their attention.

Inside one of the buildings, John and John have Dwight tied up. June is worried, John could have got himself killed. The wind has died down, but there are a lot of walkers outside trying to get in. Dwight wakes up, John asks him who is looking for. June tells him they just want to help and Dwight says nobody can help.

Morgan is worried, they haven’t heard from John and June. Alicia and Luciana hit a flat, they ran over a board with nails in it. They tell Morgan they are ok, he is on the way to get them. Alicia tries to radio, Dylan, Max, and Annie, but they don’t answer. Alicia and Luciana set out on foot, they don’t wait for Morgan.

John tells June that the door is going to hold up only for so long. Dwight tells them that he has a car parked at the end of the street and they can take it, John says they are not going to leave without him. John unties Dwight’s hands. John says he is going to put what Dwight did behind him, and help him find who he is looking for. Dwight says he is looking for his wife, Sherry. They head up on the roof, Dwight jumps to the ground, walkers come at him, June shoots some and John jumps down to help him. John and June run for the car, Dwight heads the other way and stars running. Dwight heads to the van, he is looking for something. John radios Dwight, he tells them to go, he already got them in enough. He tells them every time Sherry heads to a new place, she leaves him a message, he thought it might be in the van. He goes on to say he was looking for this van for months, John says they found it in a campground, there was nobody alive. John tries to give Dwight faith that his wife could still be alive, after all, he found June.

Luciana and Alicia are still walking and trying to reach Dylan, Annie and Max on the radio when Morgan drives up. He tells Alicia to not give up, keep trying to reach out to them even if they don’t answer. Alicia tells them that she has lost family as well, and if they give them the chance, they can help them.

John is determined to save Dwight, June too. They load up on ammunition and start shooting, they tell Dwight that the moment the path is clear, he should make a run for it. June’s rifle James, thank goodness she has a pistol with her. Dwight is finally able to get out of the van, a walker falls on him, but he is going to be ok.

Morgan, Alicia, and Luciana meet up with John and June. Dwayne comes out and says hi to Morgan; June asks if they know each other and Morgan says they come from the same place. Dwight tries to explain himself to Morgan, he says he doesn’t have to, they are all trying to start over. Alicia asks Dwight if he knows why someone is trying to keep them away, all the blockades, but he doesn’t know. He does bring them through to as far as he could get, there is another blockade, and this one is bigger than all the rest. All of a sudden, Max radios Alicia that they got her message and will meet her at the truck stop. Everyone gets in the vehicle to go meet them. They find the vehicle that the kids were in, it is all roped up. They cut the ropes, open the van, and find Dylan inside. Little does Alicia and the rest know, Anne, Max, and Dylan set them up.