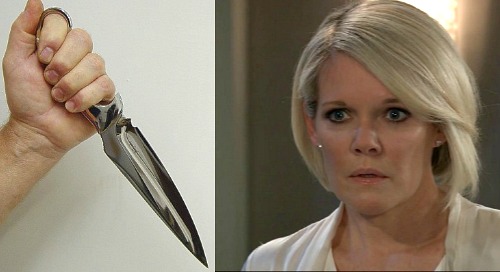 General Hospital (GH) spoilers 2 weeks ahead tease that Ava Jerome (Maura West) will continue to wrestle with everything she’s been through. Julian Jerome (William deVry) believes Ava has latched on to the idea of Ryan Chamberlain (Jon Lindstrom) being alive because it gives her someone to blame. He feels like Ava’s running from her guilt, which is true in a way.

However, Ava is also completely consumed by the rage she feels for Ryan. He made her think he was her knight in shining armor when he murdered Kiki Jerome (Hayley Erin) in cold blood! Ava can’t take back the awful things she said and did to Kiki, but she can get revenge – at least that’s what she’s hoping. The latest evidence could bring Ava one step closer to the deadly wrath she wants to inflict.

General Hospital spoilers say Jordan Ashford (Briana Nicole Henry) will await updates on Ryan’s right hand. The Canadian authorities discovered it and seem to think this case is all wrapped up, but Ava doesn’t buy that at all. Jordan is inclined to agree that Ryan may have cut off his right hand and saved his dominant left one. She’ll just need confirmation once the proper analysis is done.

Unfortunately, the results may be inconclusive. Jordan warned that might happen and it makes the most sense for the story. If they don’t know whether the hand cutting was done before death or after, there’ll be no way to know for sure if Ryan’s alive. This could convince Margaux Dawson (Elizabeth Hendrickson) to sweep all this under the rug and be done with it.

Meanwhile, Ava will have her chance to go after Ryan like she wants. She’d rather do it on her own than let the cops drag Ryan to prison anyway. Ava only wants Ryan back alive so she can kill him, so her plan will be in motion soon. It looks like she’ll recruit Scott Baldwin (Kin Shriner) for help with her mission.

GH spoilers state that Ava will seek Scott’s assistance on April 18. She may think he can serve as backup while she works to draw Ryan out of hiding. The next day, Ava will face a tough rejection. Does that mean Scott will think she’s lost her mind? He may contend that Ava needs to back off before she gets herself murdered.

Scott might argue that he wants to no part of this, but he could change his mind once Ava pulls herself closer to danger. It’s difficult to imagine Scott just ignoring the peril Ava’s putting herself in. He may take action eventually and try to prevent disaster.

Regardless, Ava has no intention of letting this go. She could be walking straight into harm’s way, but at least there’ll be no mistaking who’s Ryan this time. He’ll be the twin with one hand! Maybe that’ll end up giving Ava an advantage down the road. General Hospital spoilers say Ryan and Ava’s paths could collide again in an exciting way, so stay tuned.

Are you looking forward to the last deadly chapter of this storyline? Do you hope Ava gets to finish Ryan off? We’ll keep you posted as other GH news comes in. Stay tuned to the ABC soap and don’t forget to check CDL often for the latest General Hospital spoilers, updates and news.