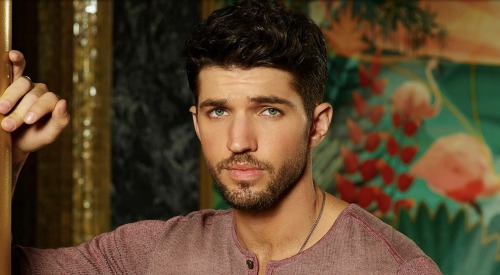 General Hospital (GH) spoilers reveal that there could be hope for a presumed dead character’s future. Will Morgan Corinthos (Bryan Craig) make a comeback at some point? It’s certainly possible, especially since Sonny Corinthos (Maurice Benard) is short another son without Dante Falconeri (Dominic Zamprogna) around.

Ever since Morgan’s exit, the show’s made an effort to keep his memory alive. General Hospital spoilers say that trend will continue during the week of October 14-18. Sonny will pay a visit to Morgan’s grave – most likely to fill Morgan in on his new little sister, Donna Corinthos. It’d be a shame to never have Morgan meet Donna in person. The whole family needs a chance to reunite with Morgan, who could easily be off somewhere with amnesia.

Of course, GH is seemingly reviving another presumed dead character first. All signs point to Nikolas Cassadine’s (last played by Tyler Christopher) imminent return, so they may not want to overdo it on the back-from-the-dead stories. However, it’d be fine to do Morgan’s return as well. They just need to put a few months between those hot plots.

We should note that Bryan Craig’s primetime show, Grand Hotel, has been canceled. The soapy summer drama wasn’t renewed by ABC, although the team behind the show’s hopeful it’ll be picked up somewhere else. Unfortunately, that seems unlikely due to the show’s lackluster ratings. If you’re a Grand Hotel fan holding out hope for new episodes, you may be out of luck.

It appears even Craig himself is losing hope on that. In a recent tweet, Craig expressed frustration with his career. “Man this business can beat you up good,” Craig said. We hate to see Craig struggling, but it could mean he’s more open to ditching primetime and returning to daytime. Could Craig reprise his role as Morgan in Port Charles? Plenty of General Hospital viewers hope so!

In fact, many soap fans replied to Craig’s tweet and encouraged him to make a comeback. One General Hospital watcher exclaimed, “Pleaseeeee come back to GH!” “Hang in there. I’m still hoping Morgan will show up in PC,” said another. One more viewer insisted, “Come back to GH u are positively loved on that show. U have to make money.”

Man this business can beat you up good