General Hospital Spoilers: Could Scout Be Jason’s Daughter and Not Drew’s – All Part of Faison’s Ruthless Scheme? 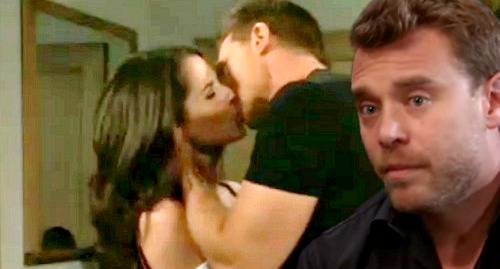 General Hospital (GH) spoilers reveal that Drew Cain (Billy Miller) is focused on one thing now that Oscar Nero Quartermaine (Garren Stitt) is gone. He wants to concentrate on being a good father to his remaining child, Scout Morgan (Palmer and Poe Parker). However, GH often takes away what characters hold most dear. Is Drew’s new focus a hint that devastation is brewing? Is a shocking paternity switch coming up?

Caesar Faison (Anders Hove) worked with Helena Cassidine (Constance Towers) to take Jason Morgan’s (Steve Burton) life and give it to his brother. Could Faison have realized the twin swap wasn’t working and made sure Sam Morgan (Kelly Monaco) got pregnant to ensure their marriage? Faison pointed out to Drew that he got the girl, but what did he do to make it happen?

Sam and Drew’s relationship may have not been moving fast enough for Faison. They hadn’t discussed marriage at all until she got pregnant with Scout. While Drew was in the Keyes getting money to buy back ELQ from Nikolas Cassadine (Tyler Christopher), could Sam have been drugged? Did Faison go as far as to have Sam artificially inseminated with Jason’s sperm?

It’s possible Jason could get his hands on Faison’s personal files and find out more information on the brother switch. He could learn the details of how Drew took over his life. Perhaps Peter August (Wes Ramsey) could even come up with a way to access Faison’s info. There might be some private papers that related to this potential artificial insemination.

Peter was aware of the steps Faison took to make the twin switch. He might know if Faison had Jason’s sperm harvested before he ordered him killed. Faison rubbed it in Drew’s face that he replaced Jason with him. How far did his involvement go?

Jason loves Scout regardless because she’s Sam’s daughter, but how thrilled would he be if Scout ended up being his daughter as well? Jason might feel violated because of the sperm theft, but it’s no worse than having his life taken. He’d be over the moon to learn Scout is their child together and Danny Morgan’s full sibling.

Likewise, “JaSam” fans would be excited if Jason and Sam had daughter they always wanted. Of course, viewers would likely have an issue with Sam being drugged and violated for the insemination process. As much as fans of the couple would appreciate this happy family, could they get past Sam being essentially molested for it to be true?

What about Drew’s heartbreak so soon after Oscar’s death? That’d be a tough blow, but it might be the way to go if General Hospital ever needs to set up Drew’s exit. Whatever the case, it’s an interesting possibility to explore. Making Scout Jason’s daughter instead of Drew’s would certainly bring some drama!