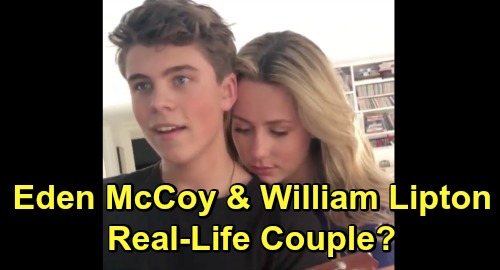 General Hospital (GH) spoilers reveal that Josslyn Jacks (Eden McCoy) seems poised to date Cameron Webber (William Lipton) down the road. They already have a strong friendship, but it’s only going to get stronger as they bond in grief. Both Cameron and Josslyn cared about Oscar Nero Quartermaine (Garren Stitt) a great deal, so losing him will bring them closer than ever.

Of course, plenty of GH fans have already noticed the growing bond between Joss and Cam’s portrayers! On social media, Eden McCoy has shared plenty of behind-the-scenes photos and videos that feature her looking awfully cozy with Lipton. The same goes for Lipton and that’s usually a tell-tale sign of a couple alert – especially when there are no other potential significant others included in the mix.

Naturally, many General Hospital viewers are rooting for Lipton and McCoy to be a couple both onscreen and off. We all enjoy when cute costars become real-life sweethearts, and it certainly looks like it’s happened here. The fact that Josslyn and Cameron undoubtedly have a love story coming up makes it even better. 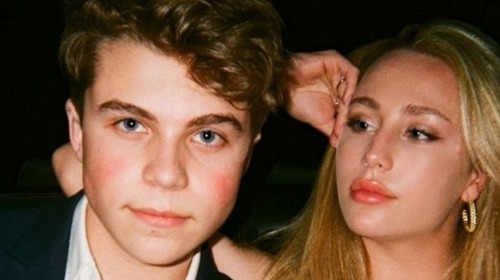 Lipton recently wrote an incredible song and delivered an incredible performance to go along with it. He was definitely one of the Nurses Ball highlights when he sang “North Star.”

McCoy couldn’t help but gush on Twitter after it aired. “I could not be prouder of this guy right here,” McCoy tweeted with a pic. “@LiptonWilliam now the world knows how amazingly talented you really are!!”

The duo regularly interacts on Twitter with kind words and heart emojis. There are signs that they may have reached couple status. Even back in December 2018, McCoy was already showing a clear preference for which love interest she wanted on GH. She spoke with Soap Opera Digest about Josslyn’s connection with Cameron. General Hospital fans will recall that Joss and Cam pretended to date for a while.

“She recognized his true feelings, and I think that deep down, she recognizes hers, too,” McCoy said. “She knows, ‘Wow, this person really is that person for me,’ as much as she might not want to admit it at first.”

McCoy probably just summed up exactly how Josslyn will feel as she moves on from Oscar and overcomes her guilt. She even liked a tweet where someone wanted her to find a boyfriend by the end of summer.

I could not be prouder of this guy right here, @LiptonWilliam now the world knows how amazingly talented you really are💫!! #GH #NursesBall2019 pic.twitter.com/H3MVWCp2MI