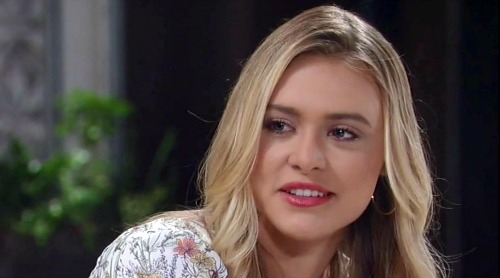 General Hospital (GH) spoilers tease that one ABC soap star is making a big comeback. According to EW, Hayley Erin will reprise her role as Kiki Jerome with an airdate this week. GH fans know Erin took over the part of Kiki back in 2015, but Kiki was brutally murdered by serial killer Ryan Chamberlain in late 2018. Since then, Ava Jerome (Maura West) has been on a desperate mission to earn her daughter’s forgiveness.

Sibley Gamble (Veronica Cartwright) channeled Kiki, which didn’t bring Ava the closure she needed. Kiki unleashed her wrath on her mom and made it clear she didn’t want to talk. Chelsea Lambas (Jen Ray) was also adamant that Kiki wasn’t ready to forgive, but things could start turning around eventually. GH will hopefully give Ava and Kiki some resolution when it comes to their relationship.

Erin’s return seems like a step in the right direction. General Hospital spoilers say Ava will have a disturbing dream on August 21. She’ll be left with questions that go unanswered, so it seems Kiki will appear to Kiki and leave her wondering how she’s supposed to achieve peace. Kiki may not be sure what Ava can really do to make up for what she’s done.

Of course, Ava will plead for any kind of solution that could help her move on. She wishes she could turn back time and repair the damage, but that’s just not an option. Kiki should continue to invade Ava’s nightmares on August 23. General Hospital spoilers say Ava will toss and turn thanks to this haunting in her head. She’ll be overwhelmed as Kiki torments her and reminds her of her many mistakes.

However, there could be a path to the peace Ava’s seeking. She’ll receive an extremely passionate letter from Ryan on August 30, which could be a sign of impending doom. If Ryan escapes from prison and tries to kill Ava, perhaps she could come face to face with Kiki in the beyond! A near-death experience for Ava would be ideal here. Since Erin was willing to come back, that’d be an excellent way to wrap this story up.

Whatever the case, it’s nice that Erin was able to work out a return. Have you missed Kiki? Are you looking forward to her eerie encounters with Ava? We’ll give you updates as other GH news comes in. Stay tuned to the ABC soap and don’t forget to check CDL often for the latest General Hospital spoilers, updates and news.