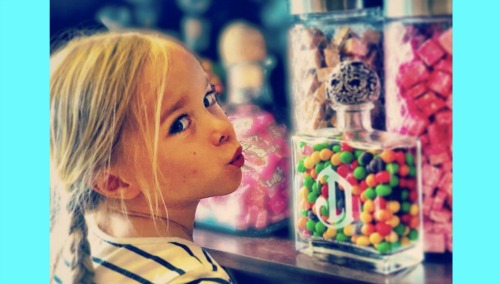 General Hospital (GH) spoilers tease that Hamilton Finn (Michael Easton) will be stunned by Hayden Barnes’ (Rebecca Budig) revelation. He already suspects his child might still be alive, but hearing the words will still be overwhelming. In GH’s latest promo, Hayden and Finn’s little girl is in the hospital bed. Finn reels as Hayden confirms it’s her daughter…and Finn’s daughter, too.

Of course, the first glimpse of Hayden and Finn’s kid has many GH fans curious. Fortunately, we’ve got some new details to pass along. Five-year-old Jophielle Love has been cast in the role of Violet Finn, which is an adorable and slightly offbeat name choice. It seems perfect for the daughter of quirky Finn and Hayden.

Love’s IMDb page lists her first episode as Friday, October 25, so that’s something to look forward to. Violet should spark some cliffhanger excitement. As for Violet’s portrayer, Love’s been acting since the age of three. She starred in a 2018 Citi Bank commercial with her dad and brother before landing a recent part on Grey’s Anatomy.

In addition to playing Violet on General Hospital, Love has finished up a role on a short film. She portrays the titular character in a completed project called Rose. It’s about a man who sets out to avenge his wife’s murder as well as the kidnapping of his daughter. The action-packed drama was written and directed by Nicolas Bosc.

As for what’s next in Port Charles, General Hospital spoilers say Finn will work hard to fix whatever’s ailing Violet. He’ll hope to get to know his daughter and will undoubtedly blast Hayden for deceiving him. Finn deserved the chance to be a father from day one, but all he can do now is make up for lost time. Something tells us Violet will adore her dad once they have an opportunity to bond!

It’ll take a while for Finn to get past Hayden’s deception, but forgiveness should come sooner or later. What about renewed love? Would you like to see a happy “Fayden” family? We’ll give you updates as other GH news comes in. Stay tuned to the ABC soap and don’t forget to check CDL often for the latest General Hospital spoilers, updates and news.

When visiting our amazing manager @kdtalent at her office ! 🌈😜😋🤪🍡🍭🍬🍫🍡🍢🍭🍬❤️ Thanks Kathy and Brian for the help and care!