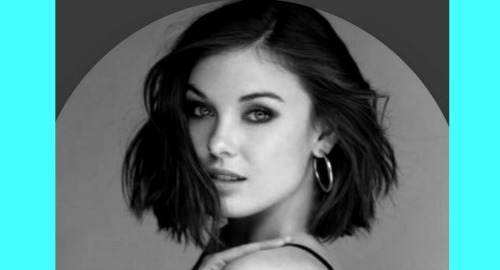 General Hospital (GH) spoilers reveal that one ABC soap star is getting a warm welcome. GH viewers know Katelyn MacMullen as Willow Tait in Port Charles. Willow’s earned plenty of fans by fighting for what she believes in and doing whatever it takes to protect “Wiley Cooper-Jones.” Of course, Willow’s pairing with Harrison Chase (Josh Swickard) has also become quite popular; they’re absolutely adorable!

However, there’s always been one problem. Unlike many other General Hospital cast members, MacMullen wasn’t on Twitter and fans couldn’t show her all the love she deserves. Well, that just changed! MacMullen decided to join some of her fellow costars like Swickard and Chad Duell (Michael Corinthos) by getting in on the fun and making a Twitter account.

It didn’t take long for MacMullen to get supportive comments, including a special tweet from the show. General Hospital’s official account wanted to make sure everyone new about MacMullen’s Twitter arrival. They welcomed MacMullen to the site and shared her Twitter handle, so she started racking up followers right away. People have been eager to follow MacMullen and see what she’s all about.

Naturally, MacMullen also received plenty of praise for her work on GH. She’s had some stellar performances – like when Willow flew into a rage in the courtroom and made it clear she wouldn’t be pushed around by Shiloh Archer (Coby Ryan McLaughlin). Most viewers seem to hate Shiloh’s guts at this point, so it’s been incredibly easy to cheer Willow on in her desperate fight against him.

On fan gushed, “Happy to see you joined—welcome! Now I can tell you that Willow is one of my favorite characters!!” “I’m really happy you decided to join,” another fan said. “You’re doing a wonderful job as Willow, and it’s because of your performance that she has quickly become one of my favorite characters.” Tajh Bellow, who plays T.J. Ashford on GH, gave MacMullen a warm welcome as well.

MacMullen was clearly touched by the outpouring of support, so she sent out a tweet of gratitude. “Thank you to everyone who’s reached out to me on here! Appreciate you,” MacMullen said. GH viewers appreciate MacMullen, too! She’s been a great cast addition, so let’s hope for more Willow in PC and perhaps some fun behind-the-scenes content on Twitter.

Thank you to everyone who’s reached out to me on here! Appreciate you ☺️ xx