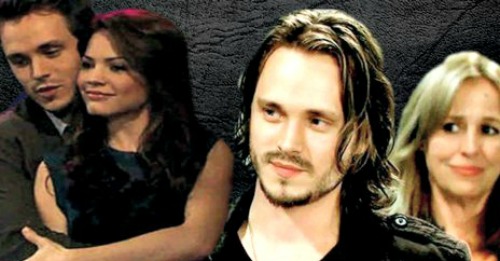 Laura called Lucky in Africa to confirm he was fine, but Chelsea was talking about Nikolas Cassadine (Marcus Coloma) – who could still be in danger depending on how things go down with Valentin Cassadine (James Patrick Stuart)! As for Lucky, he recently got another mention when Elizabeth Baldwin (Rebecca Herbst) revealed Aiden’s trip to see his dad in Ireland.

Could GH have another return brewing? It would certainly be fun to see Lucky again in some form. General Hospital could recast and bring Lucky back on canvas permanently, but fans would welcome Jackson’s short-term return as well. After all, we’re getting Jane Elliot back briefly as Tracy Quartermaine – and Tracy also got plenty of mentions leading up to her return on December 23.

It’s worth mentioning that Liz pulled back as things nearly turned passionate with Franco Baldwin (Roger Howarth). Liz admitted that Franco slept with Kim Nero (Tamara Braun) while he was living as “Drew Cain,” so this is something they’ll have to get past. Although Liz doesn’t blame Franco, it does indicate that they’ll have some things to work through.

Franco and Liz should overcome this obstacle, but they’ll undoubtedly need more. If Lucky comes back long-term, a Franco-Liz-Lucky love triangle would be an option. Then again, Lucky could come home for a quick popup like Griffin Munro (Matt Cohen) just did. Laura will probably need some support after she learns Nikolas is alive. She’ll be overwhelmed, so it’d be nice for Lucky to come back and maybe even confront Nik about lying to Laura. There’s be some great opportunities for drama.

Since we’ve been hearing more about Lucky over the last few months, a comeback is definitely something to consider. General Hospital spoilers say some excitement’s on the way no matter what, so stay tuned. We’ll give you updates as other GH news comes in. Stick with the ABC soap and don’t forget to check CDL often for the latest General Hospital spoilers, updates and news.