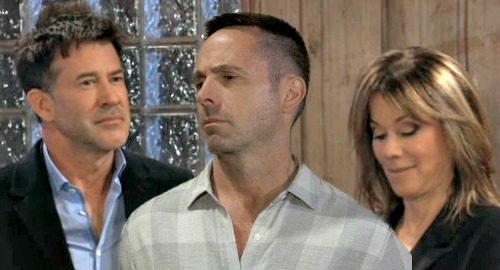 Although Grahn wouldn’t say which pairing she prefers, she did point out that she’s down for the drama of it all. One viewer insisted she was holding out hope for Alexis to find her way back to Julian. Grahn replied, “Cant do that without some interference. He also seems to be enjoying himself with another. I’d like my character to have some new fun and then see what happens. You game?”

In a different tweet, Grahn clarified her stance on Alexis’ love interest options. She doesn’t think it’s a betrayal for “Julexis” fans to root for “Nelexis,” too. It’s fine to just be “Team Alexis” and hope that Grahn gets some solid material for a change. Many General Hospital watchers consider Grahn to be one of the show’s most underutilized performers, so this story with Neil could be helpful.

“#Nelexis does not negate #julexis,” Grahn said. “In fact it enhances it. ‘Having a good competitive pairing to contrast another pairing makes for a soapy delicious triangle. The build of Nelexis makes the Julexis heart grower hotter.’ – Soap Wisdom by Soap Sensei #NancyleeGrahn”

We like the sound of making the “Julexis” heart grow hotter! Since Julian’s having some troubles with Kim Nero (Tamara Braun), there may be hope for Julian and Alexis down the road. In the meantime, Neil isn’t a bad choice. He’s heard all the ugly details of Alexis’ past as well as her intense issues, but that only drew him in further. Neil is truly intrigued by Alexis and appreciates her strength.

The drag queen bingo scenes turned out to be surprisingly fun. Neil can come across as a bit stiff, so this was a great strategy to inject some life into the pairing and loosen Neil up somewhat. General Hospital spoilers say Alexis will continue to fall for Neil, but chaos could put their romance in jeopardy down the road. Kendra Lennon’s (Michelle Argyris) devious plot will lead to unforeseen consequences!

Are you on board with Neil and Alexis as a couple? Is a Julian and Alexis reunion still on your wish list? We’ll give you updates as other GH news comes in. Stay tuned to the ABC soap and don’t forget to check CDL often for the latest General Hospital spoilers, updates and news.

Cant do that without some interference. He also seems to be enjoying himself with another. I’d like my character to have some new fun and then see what happens. You game?