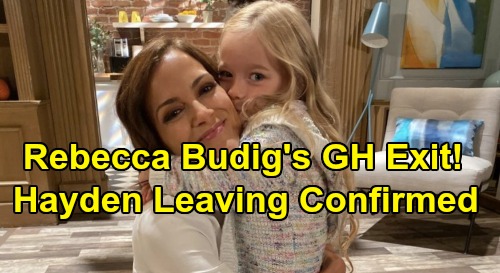 General Hospital (GH) spoilers reveal that another major exit is on the way, Rebecca Budig is leaving GH. When Rebecca Budig returned as Hayden Barnes, many GH fans were excited to see her back in the action. However, there were soon rumblings about Budig only signing on for a short-term contract. Sadly, it turns out the buzz is true. Budig is once again set to exit the role of Hayden and will be making her onscreen departure soon.

Reliable insiders have confirmed this information, but there’s more proof if you’re not convinced. William deVry (Julian Jerome) sent out a tweet (see below) which he later deleted. That tweet said, “Sucks we have to see @RebeccaBudig leave Port Charles again. Grr…” Many General Hospital viewers would agree with him!

It’s baffling that GH chose to waste so much time with Hayden and this codicil hunt. We get why she had to be part of it, especially considering the details of her upcoming exit. However, it would’ve been nice to introduce Hayden’s daughter to the canvas sooner. 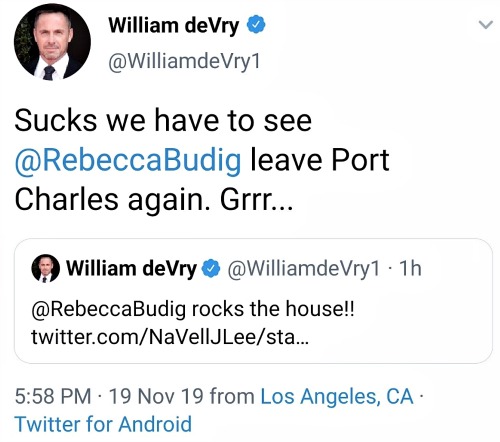 Anna Devane (Finola Hughes) was out of the picture, so it was a missed opportunity not to have “Fayden” family bonding going from the get-go. Many General Hospital fans have enjoyed watching Hayden, Hamilton Finn (Michael Easton) and Violet Barnes (Jopielle Love) connect as a fam. Easton and Budig have excellent chemistry, but it feels like GH didn’t play it to its full potential this time around.

Nevertheless, what’s done is done and now we can only prepare for Hayden’s exit. That brings us back to the codicil search, which will end up putting Hayden’s life at risk. After a confrontation with Valentin Cassadine (James Patrick Stuart), Hayden will nearly be abducted down on the pier. She’ll be on edge as she spills the story to Nikolas Cassadine (Marcus Coloma), who’ll insist Valentin is a dangerous man.

Nikolas knows better than anyone what Valentin is capable of, so he’ll advise Hayden to leave town while she still can. He’ll warn Hayden to go into hiding, so she’ll have a difficult choice to make. Will Hayden leave Violet with Finn or destroy their new daddy-daughter bond?

It’ll be a tough call, but Hayden will ultimately leave Violet in Finn’s care. She may feel it’s the safest option in the end. If Valentin tracks Hayden down, she won’t want Violet getting caught in the crossfire.

Furthermore, the idea of separating Finn and Violet now will break her heart. They don’t deserve to suffer for the mess Hayden’s gotten herself into, so she’ll go underground alone and hope she can return to Violet once it’s safe. 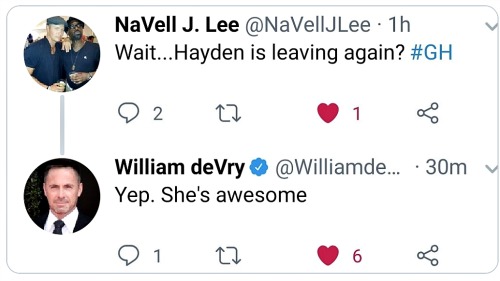