General Hospital Spoilers: Shiloh Stabbed in the Back, Betrayed by One of His Own – Harmony Plots Takedown To Save Willow 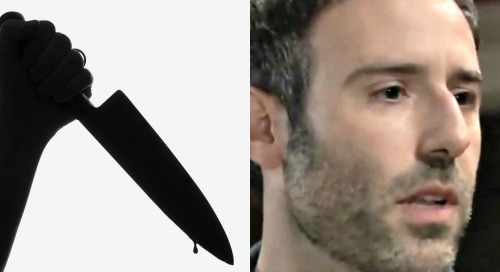 General Hospital (GH) spoilers tease that Shiloh Archer (Coby Ryan McLaughlin) is going down. When you’re dealing with a character this disturbing and controlling, consequences will always be waiting. Shiloh has made many enemies during his stint, but which one could crush Dawn of Day and potentially kill this sinister cult leader? Perhaps it won’t be as simple as that.

No one would be surprised if Jason Morgan (Steve Burton) eventually took Shiloh out since that’s usually GH’s answer. “Insert Jason as hero here” is the norm, and he does his job well. However, it’s awfully predictable and that’s far from what this storyline’s been so far. The DoD plot has been filled with interesting twists and connections, so General Hospital must have more surprises in store.

Shiloh shares a past with Drew Cain (Billy Miller) and got burned by Sam McCall (Kelly Monaco) once upon a time. He’s drawn Kristina Corinthos (Lexi Ainsworth) into Dawn of Day and now believes he’s drawing Sam in, too. Shiloh is also the father of the original Wiley Cooper-Jones. The Willow Tait (Katelyn MacInnes Wood) link has brought in the Brad Cooper (Parry Shen) link.

In a story this complicated and intricate, Jason pumping a bullet in Shiloh just doesn’t fit. Instead, General Hospital may want Shiloh targeted by someone surprising – someone he would never see coming. What if Shiloh isn’t taken down by an enemy at all? What if a loyal follower stabs Shiloh in the back instead?

When Willow lashed out recently, Harmony seemed genuinely shaken. She was almost as creepy as Shiloh at first, but we saw a slightly different side of her with Willow. Harmony could’ve been putting on an act, but we don’t think so. Shiloh’s act is oozing with that typical cult leader shadiness. He’s a true wolf in sheep’s clothing, and it’s obvious to the audience.

Harmony wasn’t putting on quite the same show, so maybe Willow made a difference. After all, Harmony immediately went back to Shiloh and insisted she wanted to go back to Beechers Corners. Something must’ve changed for her thanks to that conversation, even if she’s not fully ready to become a traitor.

Of course, Harmony could certainly reach that point down the road. Will she band together some other members and plot Shiloh’s downfall? The only way to beat Shiloh might be to do it from the inside. He’s awfully sneaky, so the cops haven’t been able to get solid dirt on him so far.

Shiloh’s followers, on the other hand, could pull something like that off. They just have to break free from Shiloh’s brainwashing first, and some of them could with Harmony’s help. Even if Harmony has to go it alone, she might be willing to try if Shiloh does something to hurt Willow. The same goes for “Wiley.” Maybe Harmony will open her eyes to who Shiloh is and the damage he can do.

If Harmony betrays Shiloh, her pledge would inevitably become public. That might be a sacrifice she’s willing to make. Since Harmony’s trust offering may involve the truth about Willow’s parentage, she wouldn’t have much to lose anyway. Willow already hates her guts, so it’s not like they have any kind of relationship.

General Hospital spoilers say Harmony could play a crucial role in what’s ahead for Shiloh. Will she plot his destruction and redeem herself a bit? Will Harmony do this to make amends with or even save Willow? We’ll give you updates as other GH news comes in. Stay tuned to the ABC soap and don’t forget to check CDL often for the latest General Hospital spoilers, updates and news.