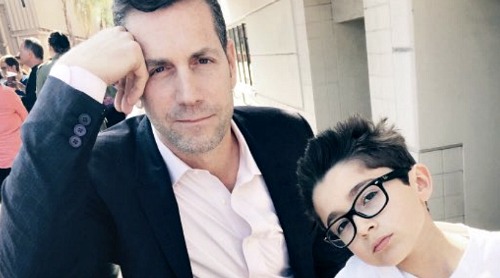 General Hospital (GH) spoilers reveal that one ABC soap star could be on his way back to Port Charles. GH fans know Nicolas Bechtel as Spencer Cassadine, who’s been mentioned a lot lately thanks to his father’s return from the “dead.” Most of PC still believes Nikolas Cassadine (Marcus Coloma) died, but the secret will ultimately spread – and that means Spencer will find out as well.

Naturally, that’ll have to set up a father-son reunion at some point. GH could probably get by with Spencer being too angry to see Nikolas at first, but that would honestly be a stretch. No matter how upset Spencer is with Nik for deceiving him, he’ll surely want to see his dad after the truth comes out.

Spencer isn’t the kind of guy who backs away from a confrontation. He always tackles conflict and challenges head-on, so it’d be out of character for him to shy away from this one. Besides, Spencer has missed Nikolas and could get past his initial fury. Nikolas feels keeping Nikolas in the dark has protected him, so it’s not like he was trying to hurt his son.

With all this in mind, a Spencer comeback seems inevitable. General Hospital undoubtedly knew they’d have to bring Spencer back in the mix eventually if they wanted to bring on a Nik recast. It’s only fair to let Nikolas reunite with Spencer and explain the whole story. Although it’s possible the show will age Spencer up a bit and recast, there are some good reasons not to.

For starters, a lot of people like this version of Spencer. He’s familiar and will help GH deliver the emotional impact they’re looking for. After all, this reunion wouldn’t mean much if it involved a new Nikolas AND a new Spencer. They’d feel like complete strangers.

Everyone’s hopefully getting used to the new Nik by now, but throwing in a new Spencer would be a huge mistake. If they want people to truly accept Coloma in the role of Nikolas, we need to see his emotional reunion with a Spencer we’re used to. Besides, Bechtel is growing up fast! There’s really no need to rapidly age him when he’s already become a young man.

That brings us to what may be good news. On Twitter, Bechtel posted a little video. It was still dark out as someone drove him to an early-morning gig. “7:15 call time #blessed,” Bechtel said. Soaps are known for early call times, and the timing feels right for Bechtel to be shooting some Spencer scenes.