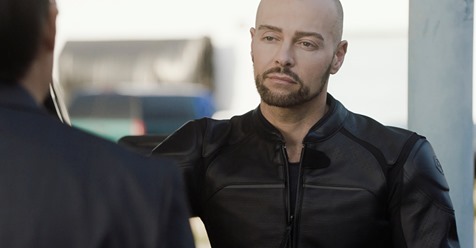 Tonight on CBS Hawaii Five-0 air with an all-new Friday, May 17, 2019, episode and we have your Hawaii Five-0 recap below.  On tonight’s Hawaii Five-0 season 9 episode 24 called, “Hana Mao ‘ole ka ua o Waianae (Endlessly Pours the Rain of Waianae).” The synopsis as per CBS, “Fugitive hacker Aaron Wright resurfaces to ask Five-0 for help when his co-workers at the NSA, which he has been working for, are all murdered. Also, Junior speaks at the parole hearing of the drunk driver who killed his sister.”

Junior’s family never really recovered after the death of his sister. Maya was a young woman with a bright future and she was killed by a drunk driver, but the driver was up for probation and Junior was the one the family designated to speak for them. They thought Junior would tell the probation board that this man that killed Maya deserved to stay in prison and that was far from the truth. The man who did has since rehabilitated. He now teaches programs so that others learned from what he did and so he wasn’t looking for forgiveness. He’s made peace with knowing that the family could hate him forever and it was the fact that this man could acknowledge this was what got to Junior. Junior had a change of a heart and he agreed that his sister’s killer should be released.

Junior knew that his parents may never speak to him again over what he did, but he doesn’t regret his actions because he knew it was the right one. Junior went with his conscience and no one on the team would have done it differently. Tani said as much when she saw Junior struggling. She’s been there for Junior a lot in the past and she just recently realized she has a feeling for him. Tani hasn’t said anything because she knows the timing isn’t right what with his own family problems being first and their job being second, so she was mum for now. Tani instead helped Junior to direct some of that frustration back onto the manhunt. The team was still searching for Aaron Wright. He killed his NSA handler and had gone underground.

The first tip they had of his location was a dead hacker. This hacker was on HPD’s radar and he was known to be a person of interest before he showed up dead from a nerve agent. It turns out the hacker had a hidden camera at his loft and so the team found proof that Wright had been there. Wright had gotten upset because he paid the hacker to download something for him and not look at its content, but the hacker did. He must have found the cyberweapons that the NSA had been using and he wanted to up his fee once he saw it. Wright decided to cancel the agreement and he killed the hacker. He then got on his phone (while still in full view of the camera) and he made a deal to meet with someone the next day at two in the afternoon.

The team searched through all the surveillance cameras on the island until they found a credible location for where this meeting could be taking place, but Junior told the team that his father has disappeared and so they gave him leave to go handle family. They said they got this and at first, they thought they did. They went to the location and ran into a decoy. They apprehended a man who claimed he was paid five thousand dollars to hand over the merchandise without question and the merch so happened to be a bomb. It went off and it blew away the money that Wright should have been collecting. The team couldn’t see what wrong until Jerry called them. He informed that Wright had placed malware on his computer and that meant he could see everything that they did.

Wright knew that Five-0 had gotten close. Its why he sent someone in his place and tried to kill everyone the scene. His plan didn’t work and the team eventually caught on to the malware. They went through scenarios and they believe that Wright went with a second buyer and that he might even have gotten paid by the time the team realized what was going on, but Jerry tracked the burner he used at the hacker’s place and he learned that Wright likes to buy in bulk. Wright bought up a bunch of burners and one number seemed to be consistent. He called a woman named Lindsay Acosta. She wasn’t a hacker or someone attached to the government and so the team figured she could have been a girlfriend.

Wright was on the island for months. He got comfortable enough to date and Lindsay was the woman that grabbed his interest. The relationship ran its course and Lindsay said that she couldn’t take Wright lying to her. He would go incommunicado for weeks on end and that come up with excuses that neither of them believed. Lindsay thought he was seeing someone else and so she left her phone in his car in order to track him. He didn’t go meet another woman, but he did go out to a storage locker in the middle of nowhere and so the team ended up finding Wright’s communication center. He still had all his computers set up and the team missed him by minutes. And so Jerry took a look at his computers.

The rest of the team were alerted to Wright being sighted and they tried to get to him, but this time he pulled off an even more devious move. He sent off the ballistics alert system and had the whole island scrambling to get to safety. It wasn’t real because McGarrett checked and the authorities were trying to get back into the system. It was going to be a while before that happened and so McGarrett thought that Wright would run into the same problems as everyone else. He wouldn’t make it to a plane because airports have been shut down and the team thought he wouldn’t be able to make it off the island at all. And unfortunately, they overlooked something – they didn’t know that Wright has been running flying simulations or that he bought a G5 until it was too late and so Wright made off with his plane.

But Jerry hacked Wright’s plane. He used Wright’s brother Ian’s code to do it and he hacked the plane to get it to drop all of its fuel. Wright either had to return or die. He chose to return and was arrested immediately on his reentry. Wright was also told that he could turn over the names of his buyers and that maybe he wouldn’t die in prison, so he chose the best option for himself like always.

Junior also found his father because his father could do something he regretted with his old service weapon. He tried to talk to his dad afterward, but his dad disowned him right then and there. He couldn’t forgive Junior for forgiving Maya’s killer and so Junior went to Tani’s where he knew he wouldn’t be turned away.

Adam went over to Tamiko Masuda’s at the end of his day and so it looks like he’s finally moving on from Kono.

The Commander, on the other hand, had met with Omar Hassan’s family. His wife claimed she wanted to apologize for her husband’s actions and she said she also wanted to show her son that he didn’t need to choose hatred, but she got into the building and she took a shot at McGarrett with a 3D printed gun she knew the wouldn’t be detected until it was too late.