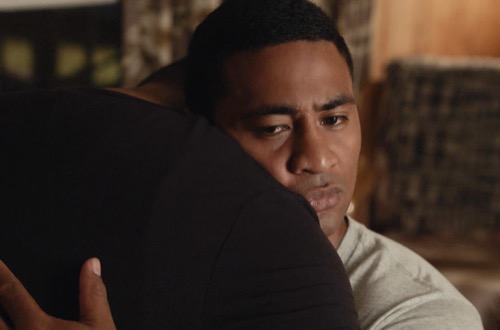 Someone killed the window washer. The victim’s safety rigs were cut and he plummeted to his death, but there was something about this case. The victim didn’t have a wallet on him and so the team tried calling his company to get his name. Only it turns out there was no such business called Fabrique Window Washing. It was a fake company with a fake logo and a fake address. The team would have nothing to work with if the victim wasn’t found through facial recognition. His name was James Cooper and he identified himself as a corporate consultant. There was no history of him as some consultant and so McGarrett questioned if James hadn’t gone to that building to case the place. He could have been a thief wanting information on where the security cameras and a window washer was the perfect cover.

No one ever really pays attention to the window washer. James could have been coming to the building for days if not weeks searching for a weak point and so the team checked every apartment as well as business that used the building. They also contacted the Robbery Division of HPD. There was nothing on James, but they knew their guy was shady and that he was involved in an altercation before his death. There bullet casings on the rooftop of the building and it seems that James had been running away from someone when his rigs were cut. His killer stuck around to make sure he was dead and that meant spelled horrible things for the witness they found. There was a third set of footprints on the roof and it belonged to a woman. She might have been James’s partner and she fled after he died.

The killer could be looking for this woman in order to silence her. She was the only person that could identify the killer and the team went searching for her. If she was working with James then there might be evidence of their connection in his things. The team used the car keys that James had on him to check where his vehicle could be and that’s how they found his studio. He has an art studio and the work there showed he wasn’t a thief. He was actually a street artist. His work was looked over and it was determined that he was Brikz. Brikz was a famous street artist and no one knew his identity. He was just famous for his street name and the only one that ever saw him in person was the guy that handled his sales and museums exhibitions. The team figured they should speak to this Sterling Jacobs and they also called in Hirsch.

Hirsch was their resident art expert and he told them what’s been going on in the art world. He said that Brikz has been tagging his artwork all around Honolulu, but that someone has been defacing them. It didn’t sound like such a huge thing except it was. To deface someone’s artwork was on par with a death threat and so Hirsch came up with this idea to lure whoever it was doing it. Hirsch forged Brikz’s signature on a new painting and he waited afterward with Tani for the defacer to come. It was a couple of guys and they later claimed that they admired Brikz. They said they had been paid to vandalize the artwork and that wasn’t doing anything permanent to it. The spray paint they were using could be washed away with water and so the team truly didn’t know what was going on.

The guy that was paying the kids was the agent. Jacobs wanted to lower the value of his client’s artwork until it was time to raise prices again. His client (James) was dying from cancer. The guy didn’t have that long to live and so Jacobs was protecting his investment, but James could have found out what he was doing and they got into a killer argument about it. So the team went looking for Jacobs. He was staying at a house on the island and the team found him dead at that house. He had been tortured before being killed and so that’s how the people that killed Brikz knew where he was. It just didn’t make any sense why a military trained team would torture someone for information on a street artist and so the team kept digging into James’s stuff until they found a video he was making.

The video clearly identifies the woman he was with Teresa Estrada. She was wanted for terrorism by her country Nicaragua, but the painful truth was that she was a dissident artist. Teresa created art that revealed the ugliness her government was carrying out in the name of peace. She did this under the pen name Phoenix and was staying hidden until she began working with James. James was using his last few months to get justice for her and her people, but they were found out by a man named Arturo Granera. Granera has his eyes on the presidency and he didn’t want anyone standing in his way. He found out that Phoenix was working an American artist and he sent in a strike team after her. It was their plan to take her back to Nicaragua and they couldn’t do once HPD began looking for them – so they instead tried to broadcast her trial.

They were forcing Teresa to admit she was some evil terrorist when Hawaii Five-0 moved in and stopped that sham of a trial. She was only going through it because her grandmother was threatened and so once they safeguarded her abuela, Teresa was free to seek asylum in the states. She was now safe from Granera’s men and James was given justice. But Lou and Adam had also solved another case in which they solved who killed a gambler and who stole the dead man’s t-shirt.