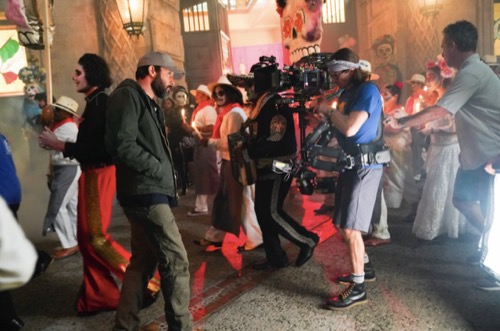 Tonight on CBS Hawaii Five-0 air with an all-new Friday, November 8, 2019, episode and we have your Hawaii Five-0 recap below.  On tonight’s Hawaii Five-0 season 10 episode 6 called, “ka ‘i’o (DNA)” as per the CBS synopsis, “The CIA informs McGarrett that his mother has gone rogue on her undercover mission and may have killed her partner. Steve decides to go solo to Mexico in order to bring her home and prove her innocence.”

The CIA contacted McGarrett. They needed his help in dealing with his mother. His mother and her partner were sent to Sinaloa as undercover operatives and it was their job to infiltrate the cartel. There was this new boss named Carmen Lucia Perez. She was cutting a bloody path through her adversaries and the CIA was prioritizing her capture. McGarrett’s mother, who was known as CIA Officer Shelbourne, seems to have done well for herself in Mexico. She did her job and she got close to the target.

Some would say a little too close. There was an incidence with Shelbourne’s partner because he showed up dead and all evidence is pointing towards her as his killer. It turns out the bullet they pulled from him had matched Shelbourne’s government issued weapon. The CIA was left under the impression that Shelbourne had turned and that she was now working actively with the cartel which of course posed a problem for them. They couldn’t let it be known that one of their agents was working with the cartel or that they trained one of Carmen Lucia’s latest assassin.

The CIA needed to remove Shelbourne from the scene. Its why they turned to McGarrett. He could talk to his mother and get her out of the way. The CIA was also willing to go easy on her if McGarrett gave them a hand with Carmen Lucia. They wanted the woman arrested. They tasked McGarrett with it because he was trained and because they needed to lessen their footprint. The CIA needed to take a step back from this mission because they didn’t want to be held responsible if it all went wrong.

They were leaving that chance to McGarrett. McGarrett was capable of this mission and he wanted to take it because he wanted to protect his mother. Therefore, he was going to Mexico. He was going in alone because he didn’t want to put the rest of his team in harm’s way and he also had a few rules for them while he was gone. He asked them not to look for him. He said that might jeopardize his mission and so he was merely going to rely on a DEA agent as his check-in. McGarrett swore he’d be fine alone.

Although, it didn’t seem that way from his friends’ point of view. They waited as eight weeks went by without a word and so Junior decided to go against McGarrett’s orders. He tracked down McGarrett. He then went after McGarrett with some help and he ended up finding McGarrett hiding in a hole. McGarrett was forced to fake his own death and that of the DEA agent after they were attacked at the airport. And so, he’s been lying for more than a month, with the one and only time he managed to talk to his mother being a disaster.

His mother didn’t want to be pulled out. She’s gotten really close to Carmen Lucia and she didn’t want to sacrifice that for anything. His mother even hit him to keep her cover. She told McGarrett not interfere again or she would kill him herself and there was a part of him that believed her. McGarrett couldn’t trust his mother. She’s lost sight of the mission and he had to go on without her. McGarrett took the help and Junior and his friends offered and he made a move against the cartel despite his mother’s wishes.

McGarrett and his team attacked the cartel. They did a drug raid on the latest shipment and they killed several key members of the cartel. It was all going fine until McGarrett ran into his mother. His mother was lost. She said she had given everything to an agency that didn’t deserve her and that’s why she said she found something with Carmen Lucia. It was apparently real for her. She wanted Carmen Lucia more than anything and that’s why she didn’t want to hand her over to McGarrett.

Carmen Lucia had also planned on killing McGarrett as well, but Junior shot and killed her and so that was it. The cartel was dead and so was McGarrett’s mother. It was all over. McGarrett was mourning his mother when the CIA showed up and it turns out his mom did stay on target. She had put a tracker on the drug shipments and she was helping them take down the cartel. So, she only sight of the mission on a personal level rather than a professional one. And she never got a chance to betray the agency.

She did set up some accounts in Switzerland for her family, only she didn’t get the chance to put money into the account for McGarrett or his sister. And so her legacy remained untainted.

And McGarrett got to grieve his mother.