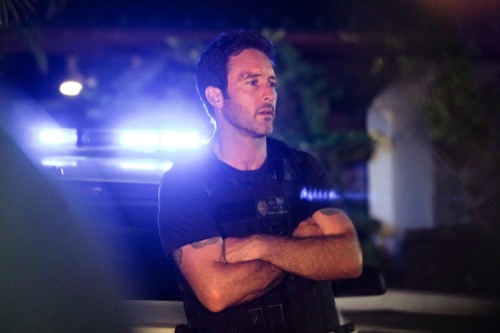 Tonight on CBS Hawaii Five-0 air with an all-new Friday, December 6, 2019, episode and we have your Hawaii Five-0 recap below.  On tonight’s Hawaii Five-0 season 10 episode 9 called, “O ‘oe, a ‘owau, nalo ia mea (You and me; it is hidden)” as per the CBS synopsis, “When Adam’s girlfriend, Tamiko, is kidnapped right in front of him, he shuts out Five-0 and breaks all the rules in order to get her back. Also, Five-0 investigates three seemingly unconnected homicides.”

Adam was in trouble. He was at his apartment with his girlfriend Tamiko when two men broke in and grabbed her. Adam had tried to fight them off, but he killed one and the other got away with Tamiko. Tamiko’s father even received the ransom call afterward. He was told Tamiko was fine for now and he was also warned against turning to the authorities for help. The people that took Tamiko threatened to kill her if they saw cops. They just wanted the father to handle it and he was in a good position to do so. Tamiko’s family was Yakuza. He had men, weapons, and means of tracking down his daughter.

With all that at his fingertips, Tamiko’s father didn’t want to involve Five-0. He wanted to leave them out of the investigation and that went for Adam as well. Adam was told his help wasn’t wanted. Only Adam loved Tamiko. He wanted to make sure she was alright and so he took time off from Five-0 in order to work her case himself. Adam was doing that while the rest of his team was hanging a triple homicide. They were investigating the deaths of three men that were made to look like accidents though actually was a homicide.

The victims were all men in their early forties. They also seemed to be successful in their chosen fields and so it was odd why someone would want one dead much less all three, but Lou found something in their financials. He said they all came into mysterious windfalls ten years ago. It happened at the same time and it was just enough for all of them to pursue their dream professions. It was almost too good to be true. These men either had to be involved in something shady or they were just lucky and, really, there’s only one angle the team was going to go work with.

They decided to investigate the shady angle. The team was trying to figure out what these men were all into and as they were following the law – Adam was doing his very best to break-in. Adam remembered one of the men talking Filipino. He then used that for later as he asked around which Filipino gangs had a problem with the Yakuza and so that’s how he heard about Pinoy Players. The PP tried to start a fentanyl trade on the island. There was just one problem with that. The fentanyl trade was already being run by the Yakuza and so the Yakuza burnt Pinoy Players’ supply.

The rival gang was now without resources. They were desperate and so they grabbed the one thing that mattered to a guy like Masuda. They grabbed his daughter. Tamiko meant everything to her father and he’s willing to pay the ransom they demanded, but in this case, the ransom was more or less his own life. Masuda was going to transfer power to the Pinoy Players and that meant his enemies can now go after him freely. And so Masuda was willing to die to protect his daughter while Adam still wanted to find another way.

Adam got the background information on his own. He was able to convince Masuda that with his help they could get Tamiko back and no one had to die. So, he went with Masuda to the pickup. They grabbed Tamiko the first chance they got and they shot their way through the Pinoy Players. Masuda took a bullet to the gut and so they had to rush him to treatment. Adam and Masuda’s men disagreed on who they should bring him to. Adam wanted to take Masuda to the hospital and his men had ended up pulling a gun on Adam to force Adam into taking him to a mob doctor. And despite their disagreements, Masuda died anyways.

It didn’t even matter that they got Tamiko back. Tamiko still had to watch her father die and that’s going to stay with her for the rest of her life. There might not be a future for Tamiko and Adam after this, but he’s in trouble because of her. He broke several laws to get information out of his informants on the street and he was caught breaking said laws. Adam now has to explain himself to McGarrett and its good thing the team was able to close the case without him. They found evidence that the three men were witnesses to a murder and how they told the police they didn’t see anything because they were bought off by the real killer.

Only there was a guy already in prison for the murder. He was innocent and he just lost his last appeal. That’s what got the men to talking and they realized they wanted to come forward, but they were killed before they could and so the team arrested the real killer. They also got the innocent man out of prison and so all in all it had been a good day for them just not for Adam.

Adam had also realized that one of Masuda’s men had taken the shot that killed him, so he was dealing with a power struggle within the yakuza as well as legal trouble for kidnapping a man.