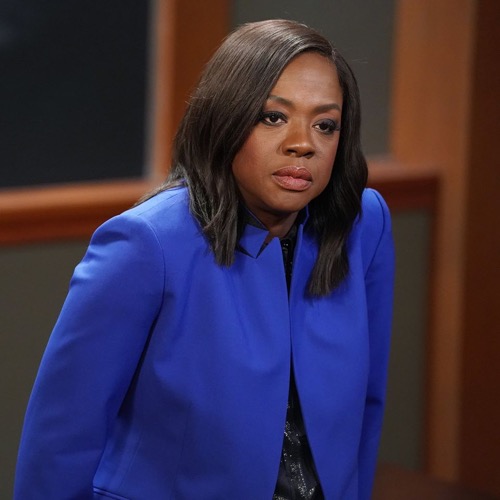 Their time with Annalise was almost over. This was usually around the time their teacher should have said something wise or at least encouraging. Annalise, however, was different. She told her students not to be anything like her and she reminded them of what her own train wreck of life looks like. Annalise said what she said because she meant it. She didn’t want them to grow up and have as many regrets as she does. Annalise also wanted everyone to have a fresh start. She wanted that for herself as well as her students and she thought she’d get her chance at it.

Annalise had a bag waiting for her at the apartment. She told Frank it was because she needed to go see her mother and she repeated a variation of that story to Tegan. Annalise claims her mother is sick. She said she wants to visit her while she still has time and so that got everyone to back off. They stopped her asking what her plans for next year are. Annalise hasn’t signed on for another Middleton University and she seems like she wanted more than a leave of absence from the firm. Wherever she was going, Annalise was making it appear as if she was never coming back.

Annalise was at a faculty dinner when news broke. There was suddenly new evidence in the murder of her husband and the news was reporting that the police were now looking at her as a suspect. Annalise found out about it as she was surrounded by her colleagues. Her students, on the other hand, had merely caught it on the news. Asher, Michaela, and Connor were worried. They knew what a reopening of the investigation could mean for them and so they needed answers. They tried to reach out to Annalise.

She wasn’t responding to their calls. The trio naturally turned to Bonnie and Frank next and those two came running. They were all worried about this investigation. They didn’t want to be caught and yet they knew something must be different if the police were lurking around. They wondered if the police found an informant. Asher suggested it could be Laurel and he was laughed at. His friends didn’t mean it. They had taken mushrooms earlier and it had taken the worst time to kick in. They were all high.

The only ones that could see the situation as bad as it was were Bonnie and Frank. Bonnie ordered Frank to go speak to Gabriel and that’s what he did. He was still feeling guilty about what he did to her. There was no way he was going to tell her no so he talked to Gabriel. He confronted him about whether or not he was the mole and Gabriel tried to record him on his phone. He was messing with the wrong one. Gabriel thought he could push Frank into saying something about his father and the truth is Frank wasn’t involved with Sam’s death.

Sam died because he killed Lila. Wes and his friends were collecting evidence against him when they ran into Sam and were forced to fight him off. He then died accidentally. No one went into the house believing they were going to harm him and so Sam wasn’t on them. He died because of what he did. Frank tried to tell Gabriel his father wasn’t a good man. Frank also said he wished he had killed Sam when he had the chance and so he got into a fight with Gabriel where he threatened the man.

Bonnie meanwhile talked to Nate. Nate confronted Annalise because he said this was all her fault and so she told some hard facts. Annalise has never killed anyone. She has only covered up for the others when they made their mistakes and she tried to do that for Nate. Nate killed an innocent man. He blamed Miller for his father’s death and afterward, he blamed Annalise because it was inconvenient. He said if she hadn’t pushed the Governor that his father would be alive. He also said he couldn’t wait to watch her go down.

Nate was angry at Annalise. He vented at her and later told Bonnie that she didn’t need either Annalise or Frank. He said those people are toxic and maybe they are. Annalise was holed up in her apartment with a gun. Frank was off threatening people. The other dangerous lot were all high. All except for Asher. Asher revealed to his friends that he has been talking to the FBI and he was forced to tell the truth after Laurel called them to say she wasn’t the leak. Laurel was fine by the way. She was living her life with her son and that’s all thanks to Tegan who helped her getaway.

Asher, therefore, had to come clean. He told his friends that he hadn’t given the FBI anything concrete and he was doing his best to explain when someone knocked him over the head. Oliver did it. Oliver was high and he didn’t mean to. Asher also wasn’t hurt that badly. Asher got back up again and he finally finished what he was going to say. He said he had to talk to the FBI because his mother was in trouble. She was into some shady dealings and the FBI was threatening to arrest her.

Asher didn’t want him mom going down like that. He joined the FBI and has pretended to be handing them information all the while he’s stopped his friends from saying anything truly confessional. Asher explained everything to his friends. He said that the FBI didn’t want them or his mother. They wanted Annalise. They wanted to believe that Annalise manipulated her students and that they were all just victims of an evil professor. Asher then told his friends that they could use that to their advantage.

He believes they can all receive deals. They just have to agree on a story and turn against Annalise. Michaela and Connor needed time to think about it. So, Asher took a walk. He left without telling them and went to go speak with Bonnie. He wanted to come to clean it as well. Asher told Bonnie everything and so Bonnie called Frank. She told him that she needed him and asked that he come over now.

Asher was later seen beaten over the head and dying on the floor.

She was dead and Wes was at her funeral.