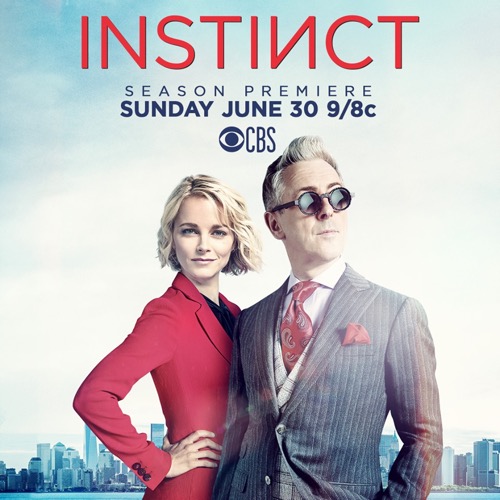 Lizzie is is on a case, a woman is found dead in the park. Dylan is teaching. We see another woman get into a cryogenic chamber, a man walks in jams the door to the chamber so she can’t get out; the temperature is 200F.

Lissie is taking photos and notices a guy when he sees her notice him, he runs off. Lizzie catches up with him, knocks him to the ground and handcuffs him.

In class, Dylan gets a text message from Lizzie about the murder. Dylan meets up with Lizzie, she tells him about a successful businesswoman who attempted to prolong the lifespan of humans.  They open the chamber, Dylan says whoever did this, is very angry with her; he doesn’t think the same person killed both women. Lizzie thinks it is an inside job.  Dylan thinks it is a sadistic killer who would kill a woman in her own chamber; and whoever did this, will kill again.

Two women in their early 30’s killed within an hour of each other, but Lizzie still doesn’t think they are related.

We see Julian, he arrives at a building on his motorcycle. A hooded person sees him and shots go off.

David meets up with Dylan, and he gives him reassurance about their adoption process. They go in to see Lt. Jasmine, Dylan assures her that he will follow her rules and command from now on.

Lizzie interviews Justine’s husband, to find out who would want to hurt her. He says that she wanted people to know her, not to fear her for her accomplishments. He says thank God he told her every day that he loved her.

Lizzie and Dylan go to the morgue to see Justine she is still frozen and they don’t have any information.

Dylan breaks off a piece of her fingernail, Lizzie gives it to the coroner and tells him to take a test on it.

Dylan is home with David and tells him that he wants to have a baby with him. Meanwhile, Lizzie is in bed with Julian.

Lizzie calls Dylan, Justine’s contacts were all business related. She has an appointment coming up, it is with Dr. Alexandra Becker. Lizzie and Dylan head there for the appointment. They meet the doctor and she tells them that Justine terminated treatment because her husband didn’t want her seeking treatment, they fought about it a lot.

Lissie and Dylan go to see Justine’s husband, he says yes, he wanted her to stop seeing the doctor because it was costing a lot of money and she was telling her what to do.

Lt. Jasmine introduces Dylan and Lizzie to Jules, aka Julian, he is the new computer associate. Jules tells them that there is a breach, he needs to completely clean the files and it may take weeks. Lt.Jasmine tells Dylan to fill out a file worth of DD5’s. A report has come in from the lab, DNA under Jasmine’s fingernails show it was her husband.

Dylan and Lizzie head out and she asks him why Julian is there, he doesn’t know but he is happy the focus isn’t on him.

Dylan and Lizzie meet with Justine’s husband, he says it is going to sound crazy but she was testing a new face cream on him. Lizzie gets a call, there is another body, and she tells Dylan that he won’t believe who found it.

Two people dead and both were patients of Dr. Becker.

Dylan and Lizzie asks Dr. Becker why she was at the victim, Jonathan James’ house. She says that she does house calls.

At the station, Julian tells Dylan that the doctor is an upstanding citizen.

Lizzie is at dinner with David and Dylan, Julian arrives. Dylan is thinking maybe the killer is a patient of Dr. Becker, and he is a narcissist. He may be killed the two patients so he didn’t have to wait for an appointment. Lizzie goes through Dr. Beckers schedule and finds there is only one person then who could be the killer, and he has an appointment now. Lizzie and Dylan leave dinner.

Dylan arrives at Dr. Becker’s office, she is tied up, a man is there and Dylan says that he killed the two patients, the man says he couldn’t have. Lizzie walks in just in time, she attacks the killer, takes his gun. Dylan removes the ties and tape that are on Dr. Becker.

Lizzie is home, Julian is there and asks her if she is ok. He says he went to the station because he wanted to be closer to her and he is sorry. Lizzie says that for this to work, they both have to take risks. Julian says keeping secrets is what keeps him alive. Julian tells her his real name is Rubin, Julian is his second name. And, he is not at the station to just be close to her, there is another reason and he will tell her soon, he promises. The doorbell rings, it is Lt.Jasmine, she says she is done with David. Lizzie breaks open a bottle of wine. Lizzie heads back to her room Julian is gone.

Dylan is in the station, a man walks in, he is looking for Lt. Jasmine. He is a detective, he has a case that may be related to their case of the person found dead in the park.