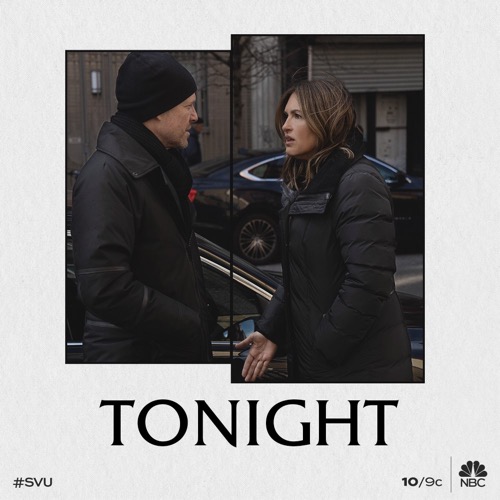 Tonight on NBC Law & Order SVU returns with an all-new Thursday, February 21, 2019, episode and we have your Law & Order SVU recap below. On tonight’s Law & Order SVU season, 20 episode 16 called “Facing Demons” as per the NBC synopsis, “Benson and the SVU investigate the death of a supposed pedophile.”

A neighbor found Micah Fuller dead. The man appeared to have killed himself and so at first Special Victims Unit didn’t understand why they had been called, but they were soon showed the pictures. There had been pictures scattered around Micah’s apartment of young children in various stages of undress. It was kiddie porn and the fact Micah had them made everyone believe he was a pedophile. The detectives of SVU tried to find the children in those photos and so they started with the reading group. Micah leads a YA reading group at the library and was in contact with children from the ages of eleven to fifteen. His victims could have been a part of that group and so every parent of a Caucasian male boy was asked to come in.

The parents were asked if they recognized their children in the photos and no one did. There were two boys that came close to matching the description of the kids in the photos and both sets of parents said their son was either heavier or taller than the kid, but there was one set of parents that did know the child in the photos. It was Micah’s parents. They said the young boy that couldn’t be older than eleven was their son when he was that age. The photos were at their house and even the jersey that was being taken off was something the parents bought Micah when he was a kid. He was the child that was molested and that could be why he killed himself. It turns out he’s been suffering from depression for years and what set him off was his breakup with his girlfriend.

The same girlfriend that broke up with him because he took the relationship really slow and she was never quite sure of what she meant to him. Micah had been going through the emotions of perhaps his first normal relationship and when it failed he felt like a failure. His suicide and even his relationships could all stem from being molested, but he told no one he knew about it and so the detectives had to dig a little deeper. They found a childhood friend that hadn’t heard from Micah in years only to receive an email out of the blue and so the guy finally checked his email for the police. He read about how Micah said some things were going to come to light after his death and he included a message that his friend should ask Gary why he did it (why he killed himself).

The childhood friend had needed some time to remember who this “Gary” was, but Gary was the guy who ran the magic store and who taught Micah all his old magic tricks. Micah had been deeply involved with magic even going as far to post videos of himself on YouTube and then one day he stopped. The one person that could answer what happened back then was this Gary and so the detectives track him down at his magic store. Gary was still dealing with kids every day and he pretended not to remember Micah. He also asked the detectives to leave as if that wasn’t fishy enough and so they opened an investigation into Gary Dolan. They had found out that Micah poured kitchen chemicals on his private parts back then and that went towards proving he had been molested, so all they needed was a warrant.

They got a warrant for Gary’s place of business. They thought they might find something incriminating there and what they found was even more disturbing. They found photos of children. It wasn’t pornography, but it was them in youth league baseball, basketball, and magic conventions. Gary was a coach and he always made sure he was around children. There was a picture of a baseball team and one child, in particular, stood out to Lt. Benson. She recognized her ex-boyfriend who was also a detective of the NYPD and so she thought she could approach Brian Cassidy with honesty. He would say if he ever had suspicions against his former coach and so she asked him if he remembered Gary.

Cassidy claimed he couldn’t remember back that and he couldn’t quickly shut down the conversation, but Benson mentioned the meeting to ADA Stone and Stone knew the truth. Stone had talked to Cassidy about when Cassidy was young and how he had been molested by his baseball coach. It still haunts the man and so Stone didn’t hesitate in staking out Gary’s apartment because he knew Cassidy would show. And he did. He came with his gun and he would have killed his molester if Stone hadn’t stopped him. That wasn’t the way to get justice for Cassidy or Micah and so Stone asked Cassidy to make an official complaint. A complaint combined with what they had with Micah’s history could send Gary Dolan to jail.

A living witness could state that Gary was a pedophile and that he’s been molesting children for years, but Cassidy didn’t want to be that one to go up on the stand and tell the world about what happened to him. He asked Stone to find another way and Stone tried. He approached Gary with the option of a plea deal and Gary turned down because he and his lawyer knew Stone didn’t have concrete proof. So Stone went back to Cassidy. Cassidy still didn’t want to testify although he agreed to help Stone find witnesses and so he went through all the boys he was still in contact with from those days. He tried to reach out to a guy named Rob Dennison who refused to testify because he didn’t want to be the only one and Cassidy then tried to reach out to Leo Berry as well.

Leo Berry like the others was still denying what happened to him all those years ago and he would have dismissed Cassidy if Cassidy hadn’t brought up Leo’s kid. Leo was now a father himself and his son were around Micah’s age. Knowing that changed Leo’s mind about testifying. He didn’t want Micah’s parents to go through life and not know why their son killed himself. Micah killed himself because Gary Dolan molested him. He also molested Leo, Cassidy, Dennison, and probably tens more. He was a serial predator that needed to be stopped and so Leo stepped up. He went with Stone to make an official complaint with the police and that got the detectives talking. None of them could figure out who Gary coached back then and so how did Stone?

Stone tried to claim that he made several phone calls, but he wouldn’t have known who to call if he hadn’t been in contact with someone like Cassidy and so that’s when Benson made the connection. She realized what happened to her ex and she tried to reach out to support him. Only he was still in denial. He claimed that he was handling it and that he didn’t talk about it or even bring it up. He wanted the truth buried and so Benson tried to get justice for him by arresting Dolan. Dolan was arrested for molestation. He was going through a trial when Leo’s sobriety was called into question and the prosecution was left without a proper witness. They needed someone and Cassidy lurking outside the courtroom being angry.

Benson went to Cassidy and she told him that he needed to forgive the little boy he was because they needed him to testify.

It was the only thing that would ever make Cassidy feel better and so he finally agreed in the end to testify.

And that’s when he told the world was Gary Dolan did to him.