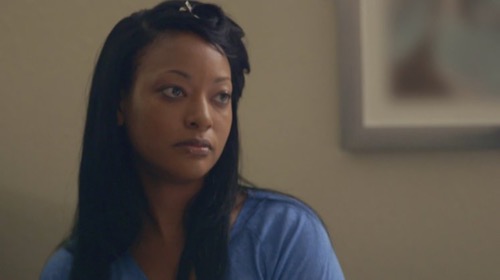 Tonight on VH1’s hit series Love & Hip Hop New York returns with an all-new Monday, January 28, 2019, episode and we have your Love & Hip Hop New York recap below for you.  On tonight’s season 9 episode 9, “Sour Grapes,” as per the VH1 synopsis, “Rich Dollaz Tries to Reason with Miracle About Her Plea Deal. After posting her bail, Rich Dollaz tries to do everything in his power to keep Miracle from going to jail for shooting her husband.”

Jonathan heads to the doctors to see Mariah and get some botox injections to his face. Sidney shows up. They all talk about the other day. Sidney apologizes, admitting she was wrong.

At Juelz at Kimbella’s, the two are spending as much time together as possible before he heads to prison.

Rich meets with Miracle. He is upset she is looking at 2-20 years in prison. She has a public defender. He gets upset about this He tells her she needs to pull her head out of the sand.

Jonathan, Nya and Mariah head out to a winery out of the city so they can unwind and talk. Kimbella and Cyn are meeting them there. Sidney ends up in their car. They are both taken aback by her. Sidney explains her side of the story when it comes to Nya. Meanwhile, Nya is telling Jonathan that she has put up with enough.

Alexis comes home after a stressful scary situation. She was leaving a restaurant when gunfire erupted. All she could think about was her daughter.

Jonathan and the ladies arrive at the vineyard. They take a walk around drinking wine. Sidney asks Nya to talk.

Sidney asks Nya for one more chance. Nya has given her too many so far. She suggests they play nice and stay on their own sides. Sidney tries to hug her. Nya tells her no way. The group heads to stomp on grapes.

Mariah and Kimbella catch up. They talk about Yandy. Kimbella thinks Yandy is adopting Infinity for her image. Mariah gets annoyed. She was in foster care.

Sidney tries to apologize to Sidney again and explains that she bucked her chest at her the week before to make her shut up. Nya is offended and tells her to step away and stop talking before she has to hit her.

Jonathan and the girls, except Sidney and Cyn, all get to talking about Yandy. Jonathan gets mad when Kimbella starts talking about her. Mariah joins in which makes him angrier. Mariah walks away when Jonathan starts to talk about how he would choose Yandy over everyone. Nya says “whoo child” which makes Mariah turn around and come back to Nya, asking her why she did that. Nya says she was talking to Jonathan. Mariah sits down and talks face to face to Nya. Things get heated. Security separates them. Mariah screams the whole way as they carry her off. Jonathan stays with Nya and consoles her. He thinks she was provoked. They leave together, saying goodbye to the others.

Rich arrives at court with Miracle. He finds out that there is no plea deal and the court is demanding jail time. Rich becomes angry. He tells Miracle the reality of her situation. She begins to sob. Her daughter comforts her. They leave the courthouse.