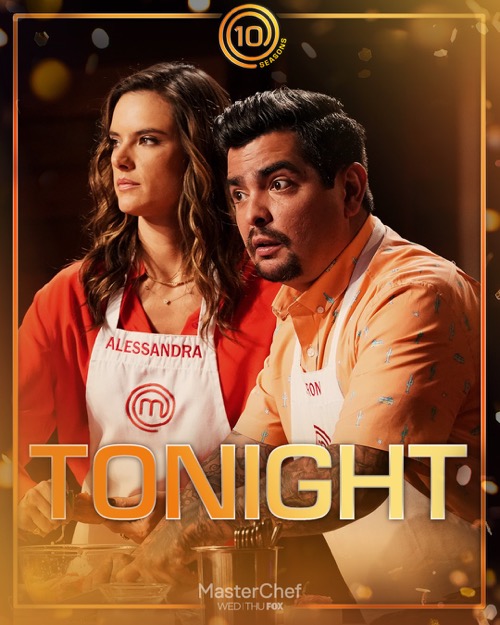 Tonight on FOX Gordon Ramsay’s Masterchef returns with an all new season on Thursday, June 27, 2019, season 10 episode 7 called “Gordon Takes on a Tarte,” and we have your weekly Masterchef recap below.

On tonight’s Masterchef episode as per the FOX synopsis, “The contestants face another elimination challenge, in which they must replicate the dish du jour in 60 minutes or risk being sent packing.

Gordon demonstrates how to prepare the dish du jour, tarte tartin, a perfect French dessert accompanied with a silky crème anglaise sauce. One contestant’s journey will come to an end and the rest will remain in the running.”

Tonight at least one home cook will be going home. Their upcoming elimination challenge will put them in a sticky situation, it is a dessert challenge. It is one of Gordon’s favorites, a French dessert, a caramelized pear Tarte Tatin and he is going to show them how to do it. Wuta is so grateful that he doesn’t have to do this challenge, it is one that is either going to make the chef or break the chef. A lot of the home cooks are terrified, their sixty minutes start.

Fred has an advantage, he has made Tarte Tatin before. Noah has eaten a lot of upside-down cakes, so he thinks he is going to be ok. Just under forty-five minutes to go. Keturah goes into the pantry last and there are no more peaches, she chooses pineapple. Gordon tells her that she is using the most difficult fruit and it could send her home. Evan is not worried in the least and doesn’t think he needs Gordon’s instructions; his attitude is going to get the best of him. Gordon is worried about Sam, he cut his pineapple in chunks which will cause them to caramelize. Micah’s caramel burned and he knows he can’t serve it. In the next three minutes, everyone’s Tarte Titan needs to be in the oven. Twenty-one minutes remaining. Fred’s dough is undercooked, he thinks it is too thick.

The moment of truth has come when all the cooks have to flip their Tarte Titans. It is time for the judges to taste the deserts. One cook stood out, the crust was extemporary, Michael heads up to the balcony. Next is Bri, then Dorian, Liz, Renee, Noah, Jamie, and Micah.

All six go to the front of the stage. Keturah and Sarah are safe. Subah made some fundamental mistakes, but he is safe. Fred, Sam, and Evan are at the bottom. This is a tough call. The person leaving the Master Chef kitchen is Evan.