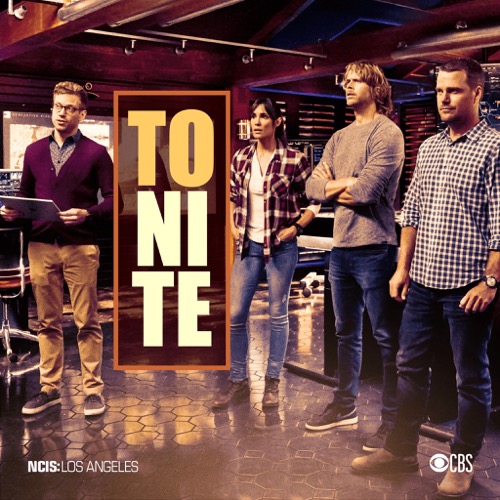 Also, Hetty partners with Marine Lt. Col. Sarah “Mac” Mackenzie to neutralize a missile attack in the Middle East, and Kensi and Deeks are trapped in a mobile CIA unit in Iraq while under attack by ISIS.”

So make sure to bookmark this spot and come back between 9:30 PM – 10:30 PM ET for our NCIS: Los Angeles recap. While you wait for the recap make sure to check out all our NCIS recaps, spoilers, news & more, right here!

Last time on NCIS: Los Angeles, the team were in the middle of stopping a false flag attack. ISIS wanted to play countries against each other and their plan involved ballistic missiles. Not just any missiles, but American missiles. They used these missiles to attack the Middle East and it was ISIS plan to let the whole area return to the bad old days. Back when anything goes. ISIS thinks if they cause enough chaos that they could use it as a ladder to power and what they didn’t know is one of the strongest teams in NCIS history were onto them.

The team was doing everything to stop ISIS’s plan from coming to fruition. Only they were split up. Kensi and Deeks were in the desert. They went over there to get information on which particular group was behind this false flag plan and it turns out their CIA trailer wasn’t as safe as they thought it was. They lost a lot of men in the first wave of attacks. They then went on to lose so many that it was just the four of them. The usual suspects like Kensi and Deeks and there was also Sabatino and a guy Senior Chief Wallace.

Though there was no turning back once ISIS ground forces had locked on their position. ISIS was just going to keep on coming and they couldn’t rely on Kensi’s sniper skills to carry the day. She couldn’t only target so many at a time. She couldn’t keep up with the reinforcements that just kept coming and so the team there had to find a way to make their escape. They wanted out and the second half of their team was so busy trying to break into a place. Sam and Callen were still on the USS Allegiance

Unfortunately, ISIS radicals had infiltrated the ship. They hid radicals amongst the naval soldiers and used their first opportunity to break into the defense room. They were now the ones in charge of the missiles. They had already released several by the time the guys were aware of an issue, but if that wasn’t enough, the guys were also concerned because the radicals took American hostages. The hostages and the terrorists were locked in an airtight chamber. There was only one way of getting in and it was in the hands of the terrorists.

It seemed like the naval ship that was slowly being commandeered from out underneath them. The guys’ sole option on breaking in also carried a risk because it turns out the sudden shift in pressure might just kill everyone and that went for terrorists as well as hostages. So, the boys first tried getting a look in. They drilled a hole big enough for a camera that wouldn’t risk anyone and they used that to determine where the hostages where located. And so ultimately the guys had to decide if they were willing to put the hostages in danger and sadly it had to be done.

This false-flag plan was going to start a war between Saudi Arabia and Israel. Israel’s involvement alone would bring out American interference and things will begin snowballing from there. Hetty was also trying to stop the oncoming war. She was being assigned to an intervention backchannel and everyone knew it wouldn’t work if they didn’t prove the attack was a false flag. As it turns out the only people that could prove it was, in fact, a false flag were the terrorist. None of the teams have found any other shred of evidence.

Kensi and Deeks were doing their best to survive. They were off killing ISIS and attempting to steal one of their cars. But Callen and Sam did do their part. They used the hole they drilled into the doors to let in gas and they knocked out everyone. It was only then that they removed the door. They sent their naval officers to be treated and no one was hurt and the guy had the chance to question the terrorists. They told them that he couldn’t expect help, that he might be blamed for everything, and the guys were too radicalized to care.

Sam and Callen, however, were later called up to something that might actually work. Hetty enlisted their services in the peace mission with the guys splitting up. One going to Iran and the other going to Israel. The guys were supposed to speak to people with connections to their respective government and somehow convince them the missiles were a false flag without any form of evidence to back up their claims. But the guys had nothing. They knew they couldn’t make a case without being pushed.

They only got lucky when Kensi and Deeks did what they set out to do. They blew up a trailer to get away from ISIS and they made an escape. They then hid until their real mission took over. They tracked down the ISIS prisoners that knew the missile attack was a false flag and they freed them. Thereby, finally proving that the attack was fake. Kensi and Deeks sent the information to everyone to their team and so every government from Iran to Israel to Saudi Arabia knew what happened. And were thankfully able to prevent a multi-national war.

The friends also got to reunite at the end of this. They were separated for so long that the mission almost fell apart because of it, but they were together now or at least that’s what they thought until Hetty told Sam and Callen that only them two were going to stay in the Middle East.

It was for an unofficial assignment and that’s never any good.