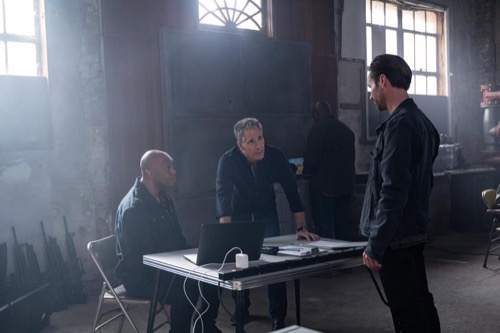 Tonight on CBS NCIS: New Orleans returns with an all-new Tuesday, March 26, 2019, season 5 episode 17 called, “Survivor,” and we have your NCIS: New Orleans recap below. On tonight’s NCIS: New Orleans episode as per the CBS synopsis, “After a reshuffling of assignments, Pride is no longer Special Agent in Charge of the Southeast and returns to the New Orleans NCIS office during the investigation of a missing petty officer.”

Pride was fired from his position as Special Agent in Charge. He had his phone off when it happened and so he went to work like normal, but he found another man in his chair. It had been a friend of his that got the job and that at least was something. Pride was told that officially he had was reassigned and so it was a mystery as to where he had been reassigned to. No one at the office knew where and no one in DC that was still taking Pride’s call knew why he had been reassigned much less a location. Pride went back to his office at NCIS because he had nowhere else to go and unfortunately his people were working on a case that he couldn’t join. It was a Missing person case regarding Petty Officer First Class Dana Wilson.

Wilson asked for leave to attend her aunt’s funeral in a small town called Bovis. Bovis, Mississippi to be exact and so LaSalle drove up there with Gregorio to find out what she never came back. They had to drive miles away from the nearest highway and once they reached Bovis they had a hard time finding the police department. It turns out there wasn’t one. The Sheriff was Charlie Conroy. He was a one-man- shop and he was just the sheriff. He was the terrorist chief as well as business owner and all around great guy. He would step in to help struggling businesses in his town because their economy took a hit when the dog food factory was shut down. Only things were changing for the better now because the factory was reopened.

Charlie was so nice that he told the team everything about Wilson. She had been the golden girl in high school and received a scholarship for college, but she never came back after she joined the Navy and she missed her aunt’s funeral. The rest of the town saw to burying Miss. Lorraine and they never saw Wilson. Which was odd because Wilson’s cell phone was traced back to her aunt’s house. The house had been left in Lorraine’s will to the town and they were planning on building a new school at its location. Charlie thought that was a great thing and he took LaSalle and Gregorio to the house so that they could see the old house. It wasn’t all that pretty now because it fell into disrepair as Lorraine got sick and therefore it was a great thing that the house would soon find purpose again.

All three went into the building and they had Sebastian call Wilson’s phone number. They could hear it from inside the house and so they followed the noise to the floorboards where they found her body. Wilson had been murdered and her body was hidden inside her old childhood home. The team asked for help and they got it when Wade came to Bovis. She determined that lye had been used on the victim to speed up decomposition and so the agents began asking who had a motive to kill Wilson. She wasn’t in town long and she’s been gone for a while before the funeral lured her back. And so they asked Charlie as their resident expert, but the only one he could name was a man named Pierce Evans who had dated Wilson back in high school and who was also destined for great things until he blew his scholarship by getting caught in drugs.

Charlie said Evans was a meth addict now. He lives out of a trailer nearby and so Charlie led them to it, but someone began shooting at them when they got too close and a car sped away. The team relied on Charlie who brought in a bunch of volunteers and together they found the car behind a building with Evans still in it. He was dead and it had looked like a meth overdose. There were tread marks on Evans’s arm and a needle was found in a car. It was just weird how everyone wanted to say the case was closed. Even Charlie was doing. He said that Evans killed Wilson and then killed himself. He also claimed that the Medical Examiner agreed with that assessment and how he was going to send it on to the NCIS New Orleans office.

The team was being rushed to leave Bovis and it made them suspicious. Wade bribed the ME with a bottle of wine in order to use his office and she ran her autopsy. She determined that Evans had been murdered and that it was made to look like an overdose. Wade didn’t know why and so she left that to the agents. Gregorio and LaSalle spoke to their team back in New Orleans and the chemicals found on Wilson’s body was commonly found in dog food. It reminded the team that the dog food plant had been reopened and so they went looking around. They saw armed guards at the plant and upon closer look, they found out that the plant was a cover. The town was really making meth.

The security cameras picked up on Gregorio and LaSalle looking in and so they were taken hostage, but then Khoury and Sebastian came to town because they couldn’t get in contact with their team and they too were taken, hostage. The only one that was safe was Pride. The same Pride that was, unfortunately, leaving town because he had been reassigned to a secret task force to hunt down the remnants of Apollyon and so before he left he got a call from Sebastian. It was something about the cartel secretly funding the town and after that, they had gotten cut off. The town was blocking signals from the cell towers and Pride never did get in reach with the team, but he had to make a decision about if he was going to focus on the hunt or if he was going to check on his friends.

His friends in the meantime were dealing with Charlie. He suddenly stopped being so nice when people found out about his drug business and he was going to hand over the agents to the cartel. He was merely waiting for the cartel to come when the agents began talking. They mentioned how the cartel ruins towns even if it meant killing three generations to cover up their drug trade and that’s what’s going to happen to Bovis. Bovis turned to drugs to keep the town alive and none of that means anything if they’re all killed. So the people began turning on their leader. Charlie was forced to flee and he thought his cartel buddies were coming to help him, but they chose to execute him and cut their losses.

The town of Bovis was left alone thanks to Pride calling for the cavalry and Pride later met up with his team. They were all thankful and couldn’t wait to go back to New Orleans, but Pride had one last stop. He met with Isler who was also part of the secret task force and he told Isler he wasn’t going with him. He also asked his friend to make sure no lines were crossed because he saw some worrying signs for the short time he had worked with the others.