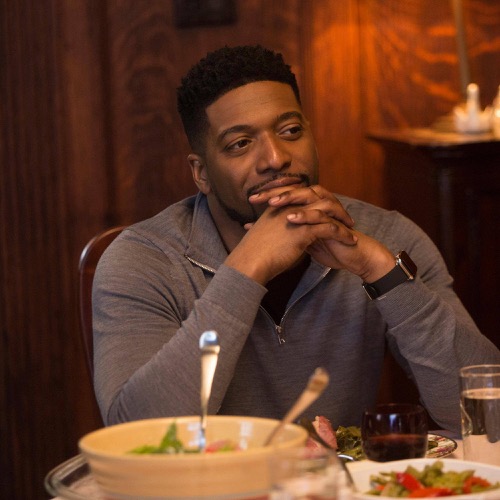 Tonight on NBC New Amsterdam airs with an all-new Tuesday, May 14, 2019, season 1 finale episode 22 called, “Luna,” and we have your New Amsterdam recap below. On tonight’s New Amsterdam episode as per the NBC synopsis, “In the Season 1 finale, Sharpe works on a creative way to help Max and Kapoor gets surprising news. Meanwhile, Reynolds takes a big step in his relationship with Evie as one of the doctors makes a life-altering decision.”

Make sure to bookmark this spot and come back from 10 PM – 11 PM ET for our New Amsterdam recap. While you wait for our recap check out all our NCIS New Orleans news, spoilers, recaps & more, right here!

Iggy asks Helen to approve a prescription for MDMA for a patient with extreme PTSD. Max approved it. Helen is nervous but does it. Floyd has brought Evie home. His family approves or so he thinks.

Iggy gives his patient Jacob his new meds but he isn’t ready to take them. Vijay and Iggy sit with him. He doesn’t want to take them. But after some talking he does.

Laura arrives at Max’s. Georgia is in labor and bleeding. They need to operate and they can’t wait. They need to get the baby out. Her blood pressure is extremely high. Georgia begs him to save their daughter before her if it comes down to it.

Floyd asks his mother for the family ring. He plans to propose. She thinks she is the perfect woman just not for him. Meanwhile, Georgia is sedated and they have little time to get the baby out. Laura is worried there will be too much blood loss. He calls Helen for supplies.

Jacob details his past to Vijay and Iggy in their session. He is in a club. A big guy bumps into him. He asks him if he has a problem before a pipe bomb goes off. His girlfriend is in front of him on the ground. Rubble is crushing her. He cannot get it off. People are running over them. He starts to cry and panic. Iggy leaves the session clearly upset.

Helen grabs the supplies and leaves in the ambulance. At Max’s, Laura tells him they need to decide what to do next when Georgia has a big contraction. He avoids, thanking her for coming over when she did.

Vijay sits with Iggy. Iggy wanted to hold Jacob but he can’t so he froze. Max calls Helen. She isn’t close enough so that Laura can start the surgery. Now he has to choose between his wife or the baby. Laura tells him she will decide so that he doesn’t have to.

Iggy goes back into the room with Jacob. Laura gets the baby out. She begins to cry. Georgia needs blood right now. Laura tries to compress the incision. Max talks to her, hoping she can hear him.

Helen and the team arrive. She brings blood and supplies. They start working on her. Laura gets a pulse. Max holds his baby.

Iggy gets Jacob to return to the day of the blast. He figures out that the big guy who bumped into him saved him by pushing him out of the direct aim of the blast. This new revelation gives him hope.

Floyd’s sister brings him the ring but he doesn’t take it. Georgia comes to in the back of the ambulance to see their daughter.

On their walk home, Floyd asks Evie to marry him. He doesn’t need a ring or a plan or the picture he painted in his head. He needs her. She says yes.

Officially back to normal, Jacob and Iggy talk. He doesn’t understand why he remembered everything wrong. Iggy tries to explain how the brain works. Across the city, Max’s ambulance gets hit from the side. Help comes. Max is awake and holding his baby. Georgia is wheeled away on a stretcher. Laura is face down on the ground. They try to resuscitate her.