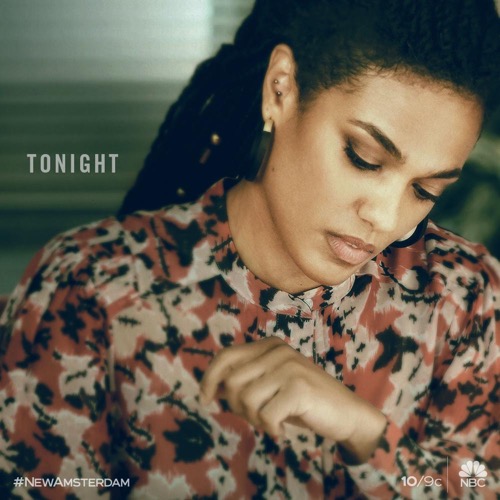 Reynolds takes a leap of faith that lands him in hot water, and Dr. Castro extends her treatment plan to more patients in the hospital.”

Max calls for a last-minute meeting in the auditorium at noon. Everyone arrives at the meeting, wondering what is going on. Vijay tells Iggy he just wants Max to grieve Georgia. Iggy points out that he needs to do it in his own time. Max tells them they are all there to talk about the US Census. They are all confused as to why and what he wants to talk about in regard to the census. He has created his own census for the hospital.

Laura is in PT working on her fractured tibia. She is moody and angry and in pain as she cannot take any meds. Her doctor gives her a stress ball with a smiley face which irritates her more. Meanwhile, Sharpe and one of her fellow oncologists sit through several meetings with patients to talk about targeted therapy. Sharpe isn’t happy with their teaming up.

Floyd invites an intern named Duke to stitch up a patient on the table in the OR. His fellow classmates watch as he creates some excellent forward sutures. Floyd is impressed.

Max makes the rounds with Luna talking to employees about the census and their jobs.

Floyd lets Duke leave the OR to assess a patient with shingles. The others are jealous. Duke rushes and lets the man leave.

Vijay tracks down Max. He can respect how he is trying to take care of the patients and the hospital but he isn’t taking care of himself. Max doesn’t respond as he rushes off.

Max meets with several employees who answered the census and are lacking sleep. He gives them coffee and a lecture on why they need to get rest for their health. When they ask how he plans to help he doesn’t have much of an answer yet.

Iggy holds a class with some of his inmate patients to discuss Alladin and how he was a hustler who turned legit. One of the inmates gets angry and stands up, moving towards Max. The class gets shut down by the guards.

Max and Sharpe end up in the elevator alone. She pleads for him to talk to her. He tells her to stop. When people want to talk, it makes it worse for him.

Duke’s shingles patient has been brought back to the ED. Laura looks him over. He has vesicles in his tympanic membrane.

Laura gets angry at Duke, accusing him of not looking in the patient’s ears. Floyd steps in and tells her he will deal with his own intern. Meanwhile, Iggy meets with the inmate who stood up in his class and was taken down by guards. He is in for life and he didn’t even commit the crime he is accused of. Iggy is speechless.

Floyd pulls Duke aside and asks him why he lied. He tells him he forgot to check the ears and lied because he panicked. Floyd tells him to never do it again.

Max and Vijay talk on the roof about Georgia’s death. Max wanted more time. Vijay tells him to grieve in the way he knows how, but he cannot do anything. Doing nothing won’t help him move on. Max wants to grieve, to scream, to yell, but he can’t. He needs to care for Luna. If he does grieve he may never come back from it.

Laura is back at PT. After arguing with her doctor they end up kissing. Later, she apologizes to Floyd for taking out her anger on Duke. She’s happy and Floyd takes notice.

Iggy tracks down the troubled inmate before he leaves the hospital with guards to ask him to teach. The man is overcome with emotion. No-one has ever told him he was smart enough to do something like this before.