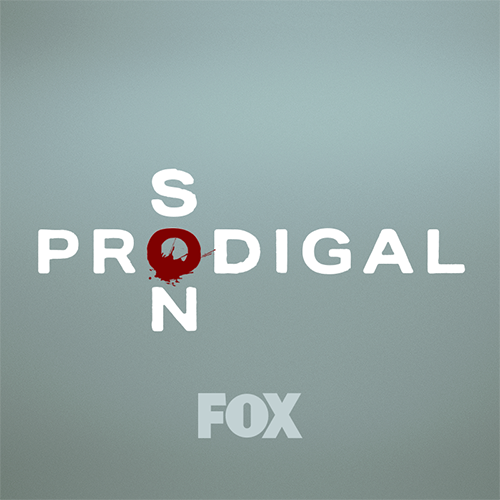 Tonight on FOX their new crime franchise Prodigal Son airs with an all-new Monday, December 2, 2019, episode and we have your Prodigal Son recap below.  On tonight’s Prodigal Son season 1 episode 10 called, “Silent Night,” as per the FOX synopsis, “Knowing that the “Junkyard Killer” was in cahoots with his father, Malcolm goes against the FBI’s wishes and continues to investigate. His findings reconnect him with a disgruntled ex-detective who was once heavily involved in the search for “The Surgeon,” delivering them both into danger.

Meanwhile, the holidays are anything but jolly for the Whitly family, when an epic blowout with Ainsley leads Jessica to take matters into her own hands.”

Malcolm is watching Ainsley’s investigative report on their father, a.k.a. The Surgeon. The TV screen cracks as Jessica throws her heel through it. She is sick of them watching this stuff. They talk, Jessica sorry well Malcolm shares that his father used to drug him with chloroform to make him forget the things he song. She reminds him that Christmas is tomorrow and they need to move on.

The next day, Gil shows up at Malcolm‘s. They have a new case and one of the women, Collette, working it is a nemesis of Malcolm’s. They had to of seen in a hotel where he dead cop and a woman, a prostitute, has been found. The team thinks it’s a murder-suicide so far. Malcolm doesn’t think so. He believes there was a third person, a double homicide.

At the precinct, they go through their new case. The cop had no family but his body was positioned with special care. Just as Malcolm continues on with his thoughts the FBI shows up. Colette is one of them and they will be working on the case of Paul, the former friend of Malcolm‘s dad who is also a serial killer. Malcolm and Colette’s reunion isn’t very friendly. Malcolm goes to work on his new case and discovers a photo of the cop with a man he knows. The man’s also a cop who wants interrogated Malcolm as a young boy in the case of his father. Malcolm gets Gil to go with him to meet the cop turned chief. He too is not happy to see Malcolm. It appears the chief isn’t the one who killed his former partner. They catch the leader in the form of a Madam.

Meanwhile, Colette talks to Detective Powell who Malcolm works with often. Colette tells her that Malcolm was kicked out of the FBI for being unconventional and that she should not trust him. Jessica arrives to see Gil. She wants to know if he has a lead on the girl in the box because she wants to put Martin away forever to save her children. Jessica realizes that he isn’t going to help them after all. Gil tells her that Martin and his many cases have consumed them and they need to let it go. He steps out for a minute, leaving Jessica to go through Paul’s File. She sees a picture of the bracelet Malcolm once described the girl in the box as wearing.

Detective Powell comes out of her office to find Malcolm on the floor picking up files after he had a small panic attack. She asks him if he is Okay. He shares that he thinks he screwed it up with the girl he’s been seeing, Eve, who will not answer his calls. He thinks he is permanently screwed up but Powell disagrees.

Ainsley shows up at her mother’s. They get into a fight about her interview. On his way to his mother’s house, Malcolm walks into the chief who has been looking for him. He calls Malcolm Martin‘s little helper. Malcolm explodes, explaining that Paul and his dad only know the truth and he has been trying to get that truth for a long time but he only has To fragments of his memories. The FBI kick him off Paul’s case because they think he’s too obsessed. The chief knows a little bit about being obsessed. He believes Malcolm and wants to help him. He offers to bring him to a place where he knows there could be useful files.

At the precinct, Gil and JT interview the Madame about the death of the cop Turner and the prostitute. She admits she sent her girl to the room but did not want the cop to be killed, it was only two dirty him up. The girl never returned.

The chief brings Malcolm to a storage facility. They head inside to find dozens of news clippings Turner had put on the walls. It looks like he was investigating the junkyard killer. The chief admits that he and the cop Turner had a relationship for a long time. It looks like Turner was trying to clear the chief’s name and help him after he was accused of being so obsessed. They find a file that brings them to the house of a man named John. His grandmother answers the door. Malcolm tells her that he and the chief are old friends of John. She lets them in.

The chief wants to know why Malcolm is still giddy. Malcolm explains that this is a profiler his dream, he gets to see the home of a serial killer. They sit to eat TV dinners. They talk to the grandmother who explains that John didn’t have parents. She never knew who his dad was and his mother was a sinner, a heroin addict who didn’t care about her own son. Although she is blind, she shows them a photo album well detailing how John‘s grandfather died in a horrible freak accident with a car that fell off a lift and crushed his head.

All of the pictures have John’s face scratched out. When the grandmother walks out of the room the chief and Malcolm talk, agreeing that John must’ve come to the house recently and scratched his own face out of the photo album so that nobody could ever ID him. Malcolm slips away and goes through the house pretending to go to the bathroom. When Malcolm returns to the table the grandmother is still talking while the chief sits there bleeding out and is unable to talk. John is in the house! Meanwhile, Gil heads back to the precinct and tells the FBI and Collette that Turner was murdered along with the prostitute by the junkyard killer who is none other than John.

Before making a run for it out of the side door, Malcolm exchanges words with the grandmother. She knows exactly who John is and commends him for taking out the trash. Jessica stands on her front porch among dozens of paparazzi sharing details about the girl in the box and her bracelet. She knows her ex-husband killed more than he was charged for and she wants to see justice served. She offers a reward. Malcolm is attacked outside by John, he is knocked out.

A flashback of Malcolm as a young boy shows him and John talking about the new knife his dad bought him. Little Malcolm looks in the trunk of John’s car and sees a body.