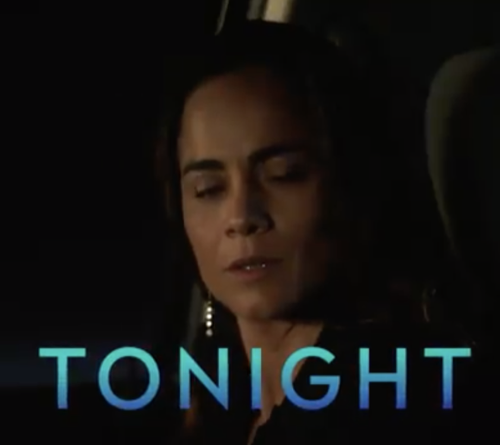 Everything Teresa built was on the verge of collapsing. Her man let a federal witness slip through his fingers and it was going to take all of Teresa’s favors just to set Javier free. He actually committed a crime while he was behind bars, but that was outside of his control and so he needed patrona. Teresa also needed. She wanted him free and she also wanted something else while she was at it. She wanted Lafayette to grant her a second chance at killing the witness. Teresa arranged to meet Lafayette because she wanted to make the request in person and he insulted her by sending Greene. Detective Greene told her that the judge wasn’t coming. He said that Teresa was toxic now and that it was safer that they ended their business relationship. And so that had seemed to be the end of it.

Teresa had no other cards to play. She told Pote to pack up their things and she was going to tell Tony the same when she saw his photo. It was a photo of him with his parents. Tony’s parents were gone now and he’s been on the run for most of his life. So that made Teresa realize she couldn’t keep doing this to Tony. She couldn’t keep telling him to pack a bag in the middle of the night and continue to drag him down with her. Teresa realized she needed to finally give Tony a life. She wanted Tony to be a normal boy and to do other things like other kids. She didn’t want to scare him when she didn’t have to. Teresa then told Pote that they were staying and that somehow they have to make New Orleans viable.

Even when Javier later came, Teresa thought assured her position. She thought as long as she had men loyal to her that she could weather anything and life wasn’t like that. There was no other way to get to the witness without getting to his wife and child as well. Teresa either had to be willing to kill all three or she had to go on the run. She couldn’t make a home for Tony if she wasn’t going to kill for it and so made a decision to put him first. Nothing else mattered to her, but it still haunted her when she sent Pote to get answers about the witness’s family. Pote had to go back to being the brutal foot soldier and eventually he had answers for Teresa. Teresa meanwhile had taken Tony out for his first driving lesson.

Tony even got to enjoy himself. He was driving and learning the rules of the road when Teresa mentioned his sketchbook. Tony has been drawing images of himself killing people. Teresa wanted to know why he was drawing these things and at first it had annoyed Tony because he didn’t like the idea of her going through his things. It wasn’t until he calmed down that Teresa was able to get an answer out of him. Tony revealed that he draws his nightmares. He said that he draws them to get them out of his head and that if he didn’t then the nightmares would continue to haunt him. Teresa was understanding with Tony. She knew that he’s been through a lot and that it would naturally take a toll.

Javier meanwhile was thinking about a life he would have if he was doing anything else, but he couldn’t quite picture himself as someone nonviolent and in the back of his mind he couldn’t help remembering Emilia. The same Emilia that he thought was in Mexico when suddenly Boaz called him. Boaz was furious that Emilia hadn’t gotten on her flight. He thought that she must have changed her and he ranted about how women couldn’t be trusted. The truth was Emilia was a prisoner. She had been kidnapped by Lafayette’s men. They connected her to the death of Renee and so she was “interrogated” when she inadvertently gave up Teresa’s name. So now Lafayette was coming for Teresa and he was just one more on a long list.

El Gordo hated Teresa for leaving him exposed with the witness. He had his men hunt down Teresa and they found her with Tony. They saw a child with Teresa, but that didn’t stop them and so they started shooting. Tony was clipped and Teresa was trying to see to his wounds as more gunshots were ringing outside. Her men had tried to fight back for her. Teresa used that opportunity to moved Tony to a safer location and they were found there by El Gordo’s men. That’s when it happened, Tony grabbed a gun and he tried to shoot the guy. He ended up missing because he flinched and so it was Javier that killed the man. And later they fixed Tony up so that he didn’t have to go to a hospital.

Teresa also later dealt with the witness problem. She had the wife call her husband and then threatened to kill the man’s whole family if he went through with testifying against them. And it had been enough! The witness back down and Teresa didn’t have to deal with any bloodshed. She thought that was it. Tony was even happy to be around Pote now and so that really should have been it. And unfortunately more was yet to come.