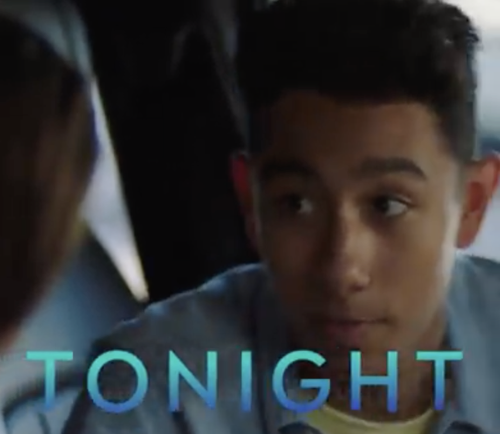 El Gordo was still in the wind. He went to ground when he learned there was an informant against him and so Teresa couldn’t find him. She tried to. She reached out to her Miami contacts and she did everything possible to find him through his friends, but El Gordo was playing it smart. He wasn’t going come back until he knew he was safe. He also didn’t leave anything in place for his friends and so they couldn’t continue business. Not that Teresa was concerned about the business. She knew she couldn’t work with El Gordo anymore and she wanted to find him because she wanted to kill him. El Gordo would have come after her in a heartbeat. He actually already did so when he sent assassins and so Teresa had to deal with him.

Teresa tried getting to him on her own. Then, when her plan didn’t work, she decided to go to Marcel Dumas and she offered him an even better alliance than before. She agreed to get him a meeting with Oksana. Oksana has the best mollie in the country and Marcel can gain access to it with Teresa’s help. All Teresa wanted in return was one job. She wanted Marcel to kill El Gordo for her and the offer had been so tempting that Marcel sort of agreed. He only stopped himself from fulling agreeing because he wanted the meeting with Oksana first. Teresa wanted to convince him differently and instead she went another route. She tried getting him what he wanted. He wanted a meeting with Oksana and so Teresa tried to arrange it.

Teresa went to Oksana. She told her what happened with the informant and how she had to save El Gordo from himself because his way would have gotten them all arrested. He wanted to kill a bunch of U.S. Marshalls like there wouldn’t be any repercussions for it, but Teresa knew better and she covered all of them without a lot of bloodshed. Teresa mentioned everything to Oksana. She wanted the other woman to see that they couldn’t trust El Gordo anymore and Oksana didn’t want to burn her bridges just yet. She also didn’t want to hurt a friend when he’s known the man for years. Oksana asked Teresa if she could arrange a sit-down and have El Gordo explain himself to them. Its what he would do for her and so felt she had to do it for him.

Teresa ended up agreeing to it because she had to. She didn’t want to burn the partnership with Oksana and she wanted that more than anything if she was going to keep her alliance with Marcel. The same Marcel that now has a new reason for wanting El Gordo dead. The man had returned to New Orleans and he killed Marce’s men just because he could. It was payback for Marcel temporarily kidnapping his nephew. El Gordo also wanted a message and he did. He basically told Marcel that he would have to kill him before he ever forgot what happened to his nephew and so Marcel planned on just that. He wanted the man dead for his own reasons now. Marcel could have told Teresa about it and he didn’t.

Marcel chose to leave Teresa in the dark. Only she had her own problems to deal with and so it’s not like she would have been much help. Teresa had needed some money fast. The judge came back and he demanded thirty million dollars if Teresa wanted to keep her business in the city. So she couldn’t tell him that her money was tied up. Her money man, Dieter, had to her that her money was tied up and so Teresa became desperate. She needed that money so bad that she went to Kelly Anne. Kelly Anne knew her bank very well and so she was able to talk to her friend that was still there. And that’s how Kelly found out what happened to the money. She saw from the real bank records that Dieter has been stealing from Teresa.

Dieter steals from Teresa and then steals from his other clients to replace the money he lost, but Dieter cleans the money for a lot of people and so he was a walking dead man. He would flee at the first sign of trouble and so Teresa tried thought the odds would be better if they lured Dieter to New Orleans. Teresa later called him with an offer. She told him that she needed his help in cleaning money for her friend Kelly Anne. She went into Kelly Anne’s background and so Dieter knew this could be the real deal. He was greedy as well because that’s the real reason he stuck his neck out. He came to New Orleans and he brought a lot manpower than Pote and Havier were counting on. It seemed like Dieter had brought a possible army to Teresa’s doorstep and so there was no telling what he knew.

Dieter was even shifty when he met with Teresa and Kelly Anne. He wasn’t himself around them and, when he wasn’t flirting with Kelly Anne, he was questioning every part of her story. He also invited the two women back to his house that he was renting. He knew that Teresa’s men were following them and that still didn’t stop him from later confronting Kelly Anne at the house. Dieter thought that Kelly Anne was an informant. She went off the map after her husband’s disappeared and Dieter accused her on ingratiating herself with Teresa once she revealed herself again. Teresa then pretended as she believed him. She tried to get the gun from him when it didn’t work she and Kelly Anne attacked and they got him to back down.

Pote and Javier in the meantime had killed all of Dieter’s man. They told Dieter as much and so he knew he had to steal from one of his other clients to repay every cent he stole from Teresa. She demanded it of him. She didn’t care who he had to steal from and so she eventually she got back her own money. Teresa was also looking for a new money man after that. She decided to go with Kelly Anne as her new manager and it was up to Kelly Anne to find someone trustworthy to clean the money.

Oksana called later because she talked to El Gordo and she realized that he was a liability. It was Teresa that made her see the light. She told Oksana to talk to El Gordo and he revealed to her that he was going to try and kill Teresa, but Oksana sided with Teresa instead and so she brought Marcel with her to the meeting.

Marcel got to kill El Gordo…

… and the judges got his thirty million dollars…

… and someone blew up Tony’s car.