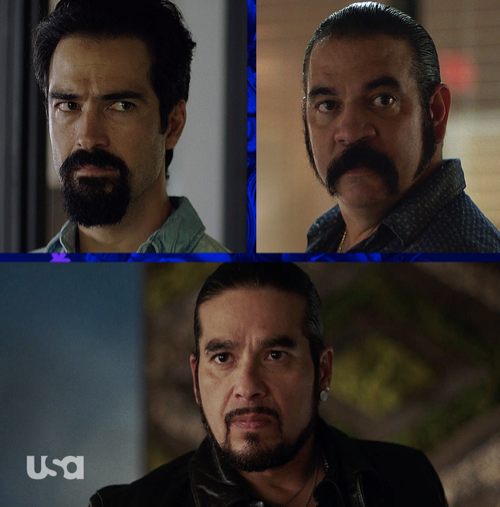 Teresa went into this war with her eyes open. She knew what a toll it would take on her business, and on her men, but she wanted revenge more than anything. She wanted to avenge Tony’s murder. She knew it was one of her enemies that did it and she even guessed that they were trying to kill her when Tony merely got in the way.

Teresa just didn’t care why they did it, she just wanted them dead because of it. She made every decision with revenge in mind and its why she doubted the official story. She didn’t think Elias killed Tony. Elias was El Gordo’s nephew and he could hate Teresa to hell and back for all she knew. And it still wouldn’t mean he was behind the assassination attempt.

For one, Elias didn’t seem the type. He stole a drug shipment and tried to cause a breakdown in the relationship between Teresa and Oksana. Why would he do that if he merely wanted to kill them? He could have killed them first and then taken the drugs. The fact he didn’t show that he wasn’t the type to attempt an assassination.

He was, however, the type to steal and Teresa could deal with that afterward. She wanted to get the killer first. Teresa next had her men question the nurse that tried to kill her at the hospital and they didn’t get the answers they were looking for. They didn’t get a single identification that would have served their purposes. All they got was a low cog who didn’t know much and so they were still looking for their killer when Kelly Anne called.

Kelly Anne called Pote because Judge Lafayette showed up at their house. He brought with him several men and one of them was his most trusted dog Randall. Lafayette made this big showing because he said he had information for Teresa. So when he got the chance to finally talk to her, he told her this story of how he came to learn about the men that killed her godson and that he even knew where they were hiding.

Then the judge said that his men would be going with Teresa. He didn’t tell her why and he made sure she knew it wasn’t a request. He wanted his men to follow Teresa’s into battle. She didn’t know why he would do this meanwhile the people that did have suspicions never spoke out.

Neither Javier nor Boaz have ever told someone what happened to the judge’s nephew. They didn’t mention how they killed Renee or that the judge has a reason to suspect them as well as Teresa of playing a part. They failed to their Patrona and their Patrona nearly made a mistake because of it.

She took the judge’s men into the battle with the bikers and she killed the nurse that tried to kill her, but it was Randall that killed the only person that could tell Teresa the truth. She couldn’t get that from dead bodies and she couldn’t get it from the “sole” survivor who Randall supposedly questioned. The guy, he offered up, had claimed that he was hired to bomb Teresa’s car by some guys in Miami.

Teresa had no reason to doubt the source and so she went with her men to Miami. She even recalled George from his vacation because she wanted him there when hell broke loose. Teresa went to Miami with the mindset of killing Elias and that’s why she tried to lure him out into the open. She tried her own contacts, his possible girlfriends, and the best way to get him to come to her was by trampling over his drug business. That at least told her where her cocaine went. She was about to steal it back when Elias showed. He brought more men than her and would have overcome her own crew if they hadn’t made a timely exit.

Teresa was on the run in Miami while the judge was making movements back in New Orleans. Lafayette had approached Marcel Dumas because he wanted Marcel to pull out of his agreement with Teresa and at first Marcel offered some pushback. He didn’t know why he should pull out of a lucrative relationship. He also told the judge he was being short-sighted. Marcel believed that Teresa was bringing them business and that the money shouldn’t be interfered with, but the judges implied that it was either him or Teresa and so Marcel told him he was choosing him. Only did he? Marcel went to a friend for advice because he was sick of living under the judge’s thumb. Before the judge there was the judge’s father and his father before him.

The judge’s people have been running New Orleans for generations. Marcel was sick of it and he thought that Teresa could help him topple this slave and master mentality. Marcel was told by his friend that he should just leave things as they are. And while he hated that he couldn’t get backup, Marcel decided to reach out to Teresa and he told her what the judge was planning.

By then, Teresa had killed Elias.

She found out it wasn’t him that killed Tony and so the only thing that made sense was that it was the judge.

Teresa took over Miami and gave it to Boaz to run, but she was heading back to New Orleans and this time she was going to kill the judge.

She just didn’t know why it had come to that.