BY Kristine Francis on August 19, 2019 | Comments: Leave Comments
Related : Reality TV, Recap, So You Think You Can Dance, Television, TV 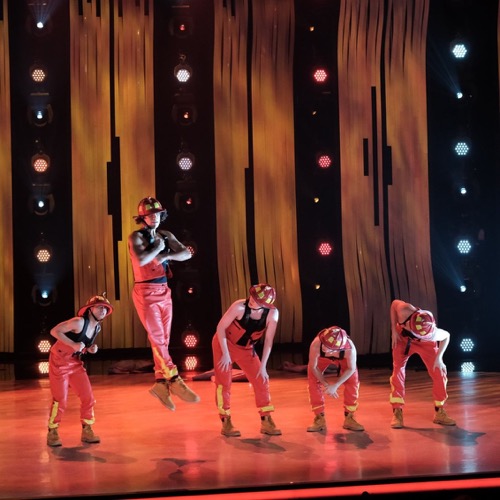 Tonight on FOX their Emmy-Award Winning So You Think You Can Dance airs with an all-new Monday, August 19, 2019, season 16 episode 11 episode and we have your SYTYCD recap below! On tonight’s So You Think You Can Dance season 16 episode 11 as per the FOX synopsis, “After the Top 10 compete for the nation’s votes, two dancers must head home. Find out who will make it into the Top Eight and stay in the running to become America’s Favorite Dancer .”

The cast of “So You Think You Can Dance” opened the show with a rather beautiful Contemporary number. It was set to Harry Styles “Sign of the Times” and the message behind it was enough was enough. This message could have meant it, but maybe that was the brilliance behind it because now no one can feel excluded in these trying times.

Either way, it had been a great start to the live performances. Stephanie and her partner Gino were the first pair to dance. One was Ballroom and the other was Contemporary yet they each had to put their all into a quick step. It was fine for Stephanie because she was familiar with the style. It did on the other hand leave Gino out in the cold. He had to learn the choreography and he needed to keep up with Stephanie. The two of them had to practice this number several times before it was ready for the stage. Then there was part about showing it off to the judges. The judges could have hated it for all they knew and so they didn’t know until the very end that the judges had loved it.

The judges gave this performance a standing ovation. They even threw in an apology for Gino as well because they had doubted him before this and so he was slowly changing their minds. He also wasn’t the only one to make a glorious comeback. Eddie and Sophie were the next pairing. They danced a choreography number by Travis Wall and he truly pushed them to be at full capacity. They couldn’t hold back with this number. It was about a party girl never wanting to be vulnerable and the one guy to show her that it was okay to let down her barriers. It was a moving piece and this dance had also changed the judges’ mind about Eddie.

They didn’t think he was serious about any of it because he was always laughing. Only he wasn’t laughing about the dances themselves and they saw now that he just has a sunny disposition. It wasn’t fault and he shouldn’t be sent home for this, but Eddie was in danger. He was joined by Stephanie and so its not like he was in the bottom by himself. The bottom has four spots and two were already taken. There was no telling who else it would be and so the dancers just got on with the show. Next were Anna and Benjamin. They had a Hip Hop number because it was Anna’s field and she danced Ben’s style last time.

They both should have brought it with this number. Especially Anna because again this is her style and so it was rather disappointing for the judges when they saw Anna lagging. She wasn’t the star of this routine when she should have been. She knows that her Ballroom last week hadn’t been all that strong and it actually put her in danger this week. So, Anna really should have brought her A game before she allowed her friend to out dance her in Hip Hop. There was still one seat left in the bottom four and so its game of no one wanting to be it. The next pairing were Madison and Ezra. They were dancing Jazz and it wasn’t either of their fields. And it was also pretty sensual.

Neither of them knew what to feel about that last part. They struggled with being sensual behind the scenes because they were playful with each other and it was hard to turn that into chemistry. They had to go over a few dozen times before they both got it and when they did, it had been great to see. They made the dance incredibly sexy. They really bought into their story and so the judges had loved it. They thought it was amazing. Nigel also said that the great Fosse would have loved Madison and that’s why it wasn’t fair that Erza was in danger. He was great last week and this week. There was no reason why he should have been in danger with his sister when neither deserved it.

Mariah and Bailey went last. The two of them were laughing during practice because they had to dance Hip Hop and somehow she was out dancing him. It was his field yet he couldn’t keep up with her. Mariah had found her pocket. She got the number and she had a great partner to pull it off with. The two were great onstage. Mariah fell right at that end and luckily that didn’t count. She was too good to critique and so the judges let it go this one time. And they also told the couple that they were the ones to beat.

The Bottom Four were Ezra, Stephanie, Anna, and Eddie. The judges got to save two and they chose to save Ezra and Anna over the others.

And so Ezra said a tearful goodbye to his sister…

… and Stephanie and Eddie can always come back next year.