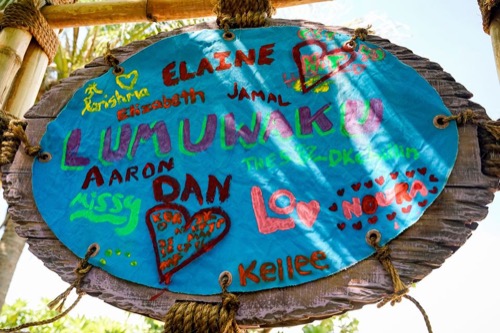 Tonight on CBS Survivor airs with an all-new Wednesday, November 20, 2019, Season 39 episode 9 and we have your Survivor recap below. On tonight’s Survivor season, 39 episode 9 called “Two For The Price Of One,” as per the CBS synopsis, “An unexpected twist shakes up the game and sends two people home.”

Lumuwaku, night 24, Janet thought that tribal council was really hard and there was a moment there when she didn’t know if she wanted to stay in the game. But for her, quitting is not an option because she doesn’t want her children, grandchildren, and husband to see her quit. She played her idol because it was a crazy tribal and she knows she is now on the chopping block.

After a rainy night, the worst rains they have ever had, the tribe is wet and freezing. Noura is upset with Karishma, she doesn’t anything to help around camp, she is the first one to bed and the last one to wake up. Karishma knows she is in trouble, when she first got there she thought she was going to be jungle queen, but right now, she is struggling. She thinks she is being viewed as a goat. She goes out to pick up coconuts and finds an idol, her lifeline in this game.

The tribe talks about getting rid of Karishma, then Janet. Karishma comes back from her walk, she was gone an hour, the tribe wants to call a medic for her. She refuses, little do they know that she was wandering around looking for an idol.

Time for the immunity challenge, today they are going to stand on a narrow beam while spinning a ball inside a wooden circular trap. At regular intervals, they will move farther down the beam making it more difficult. Fall off the beam or their ball drops, they are out. Jeff makes it a little more interesting, he divides them into two groups. One person from each group will win immunity. Both groups will go to tribal council, separately both groups will vote someone out – two people are going home. Jeff draws to see which group they are on.

On the orange team, it’s Missy, Tommy, Elaine, Elizabeth, and Karishma. On the purple team its Dean, Dan, Lauren, Aaron, Noura, and Janet.

Karishma is the first to fall. Jeff makes it more interesting, the last person standing not only wins immunity but wins for their group PB&J, and they will go to tribal council last and have the knowledge of the first vote.

Noura is the last one standing for purple and jumps of the beam – loses her chance at winning PB&J for her team, they are not impressed. Missy and Elaine. Are still in it for orange, then Missy drops. Elaine wins immunity and PB&J for her team.

Noura, Dan, Janet, Aaron, Lauren, and Dean are not going back to their camp, they are going to the old Lairo camp where they will have the basic supplies and they will be going to tribal council first.

At Lairo, Noura changes the vote – Janet is no longer the target, it is Aaron. Dean doesn’t like it, he is worried that they are targeting the stronger players. Dean goes to Dan and tells him that Janet is the one who is the strongest player and tries to sway his vote.

Meanwhile, over on the other tribe, Missy wants to dictate the vote – she wants to separate Lauren and Tommy. Missy tries to tell Karishma, but she won’t have anything to do with it. Karishma tells Elaine what Missy did, trying to get her to vote out Tommy and Elaine doesn’t like it. Elaine says she is voting out Missy. Elaine then goes to Tommy and tells him Missy’s plan, Tommy is now coming after Missy.

Missy apologizes to Karishma, but it’s not genuine – she did to get her vote.

At the first tribal council, Dan says it is terrifying and they had to scramble, and the people who were the targets are still the targets. Dean says it is very concerning because some of them have strong relationships with other people. Aaron says there is a plan in place and they are all working together. In their hiding place, Boston Rob says Aaron is going home, Sandra says it is Janet. Time to vote. The first vote is for Janet, then Aaron, Aaron, Aaron, Aaron. Aaron is voted out, its another blindside and Boston Rob guessed it. The rest head back to camp, Aaron joins the jury.

Time for the next tribal council. Elizabeth says her heart is beating hard, it sucks. Missy says this is not how the jury was supposed to look. Karishma says that she and Missy have been butting heads. Missy says that she has been labeled a bully and aggressive. Karishma says at times she is. Tommy says that Karishma and Missy are both wonderful people, they just both come from different walks of life. Missy says she loves Jeff, but the other day, two African Americans wore the necklace at the same time and in our tribal it was mentioned at all.

It doesn’t happen very often, women are typically the first voted out, minorities are the second. Jeff tells Missy he is glad she brought it up, he is not sure if he would have highlighted it, it actually never occurred to him, but he would have been a little reluctant to, for fear of saying that it was something that you wouldn’t expect to happen. Time to vote. First vote for Missy, then Tommy, Tommy, Missy, Missy. Missy is voted out and she is completely shocked, Tommy turns to her and says, you came after me. Missy hugs Elizabeth and tells her, “you realize now you gotta kill Elain. Do you understand me? Slowly and methodically.”