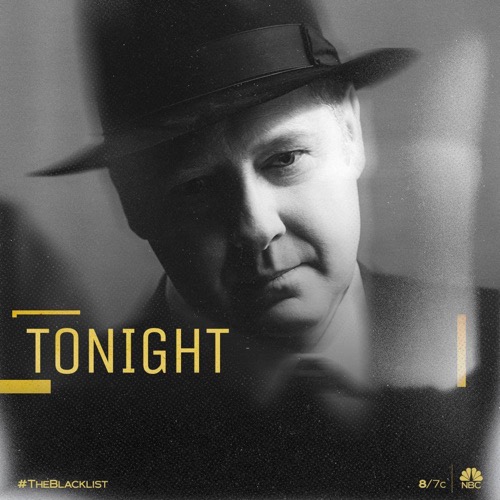 Tonight on NBC their hit drama The Blacklist starring James Spader airs with an all-new Friday, May 17, 2019, episode and we have your The Blacklist recap below. On tonight’s Blacklist Season 6 episode 21 called, “Robert Diaz”,  as per the NBC synopsis, “As the president’s true plan comes into focus, Liz and the Task Force fight to avert disaster. Meanwhile, Red meets in secret with a man who holds information about his past.”

As the task force is being arrested Anna McMahon calls Diaz and tells him that it has been handled, he says, except Keen and Red. Diaz is worried about the whole plan because they are honest people, Anna tells him the less he knows the better off he is. She tells him that she is not worried about making a case about them, she has one question, does he want this; he says it has to be done and he wants a kill shot, as painless as possible.

Diaz sees his wife and assures her that he is going to take care of what he promised, she tells him she is proud and that it is the right thing to do.

Anna is with Cooper and she tells him it is over, they have evidence that the task force was working on a coup d’etat with Red and he will also be hunted down, along with Keen. But, Anna is willing to help Cooper if he brings in Keen. Cooper wishes her good luck, he is going to prison with his team. Anna tells him that Keen won’t make it out alive, Cooper tells her that she doesn’t know Keen.

Liz calls Red and tells him what happened to the task force, he tells her to get out of there. Liz refuses to leave, she will not leave her team. Liz asks him for help.

Red goes to see Ruddiger who has formed a team for him, its the Shadow Five.

Liz asked for Red to get Khadoshgii to help her as well, he is helping her and missing his prom. He is able to help her unlock the rooms that the task force is locked in. Quickly, Kessler, Aram, and Cooper are on the move. It doesn’t take long for the three to meet up, Ressler tells the two this is Keen. All of a sudden the alarms go off, the three are apprehended and put in one of the orange cubes, right where Keen wanted them.

Red is on his way with the Shadow Five. Meanwhile, Anna is furious and wants Keen found.

Keen has bypassed the relay, she is able to talk to Cooper, Aram, and Ressler in the box. she tells them that she and Red planned to put them there so they can get them out.

Red arrives with the team, Keen tells the three he is going to get them out; Aram says it’s impossible, it is made of titanium alloy.

Red is almost there and Anna and her team are aware that there is a breach. Red gets the team out of the box, they are in a rush because Anna is on their tail.

Red, Keen and the task force are free; he takes them to a secure facility for a bite to eat. Ressler tells Red the debate is that evening. Yes, Red agrees and says until then they will have to infiltrate the protestors outside the arena, start a riot, pose as law enforcement, slip inside, find the surveillance feeds and find the shooter before he kills the president. Cooper asks Red if he thinks they have time to eat.

The debate is taking place at a university and campus security is at the same building is the student union; Aram goes in disguised as a student, Mel Reynolds.

The Third Estate has a permit to protest outside the debate. Red enlists one of his prison friends to gather friends to turn the protest into a riot.

Red takes Ressler aside and tells him that Liz mentioned that he had a run in with some Russians. Ressler says they drove a car with diplomatic plates. Red asks if Liz gave him the info he needed, Ressler says yes and it stays with him.

Red tells Liz to have some fun, it’s going to be a riot.

Aram found something, one of the cameras is down, the room it is watching is a lighting booth; Aram thinks the shooter could be in there.

Red is worried that Ressler’s search may have ignited problems with Moskow, and he wants this behind them before Liz takes Agnes home.

Aram is arrested next, all three are put in a wagon. Keen tries to say something and a cop hit her in the face. Cooper calls Red and tells him that Diaz was not shot, but Keen, Ressler, and Aram were arrested.

Anna is on the phone with Diaz, he is furious, he says that he had one problem and now he has two, deal with them.

The van stops, Sandquist opens the door and tells the three that they are going be killed trying to escape. All of a sudden, a car comes out of nowhere and crashes into the van. Red was in the car, he is there to rescue them. shots are going off, men are getting shot. One of Red’s men are shot, he goes to rescue him. Sandquist pulls a grenade and throws it. Finally, Ressler kills Sandquist. Anna has a gun to Red’s head. Anna says they were trying to save the country. Ressler tells Anna that if she kills Red, he will kill her, she says she hopes so. All of a sudden, our hero, Dembe fires and shoots Anna, saves Red.

Back in their safe place, Ressler tells the task force that Diaz wasn’t the target.

Red is with Dembe, he asks him if he is back and has he forgiven him. Dembe says he comes with a directive, their friend in Miami says it is in play, it is critical. Dembe says he followed his own path, it led him back to him.

Ressler is going over what happened at the debate; he thinks he did it to boost his popularity. Red says he thinks the wife was supposed to be hit.

Red goes to see Mrs. Diaz in the hospital, he tells her that he knows she has been harboring a powerful secret. Four years her husband accept a lot of money, and Red blackmailed him at the time, but there is more to the story. The plot was to shoot her, to get rid of her and make it look like an assassination attempt. Red asks her why her husband wants her dead.

Four months before the primaries, they were at her parent’s place, they were drinking. There were a woman and her son, Robert had so much to drink, he thought he hit a dear. They talked about going to the police, they didn’t. Robert called the Fixer. She tells Red that she wanted him to tell the truth, she wanted them to do the right thing, but he refused. She put documents together from the Fixer, made recordings, she had proof. Red tells her it was horrible that she was shot, but not a mistake.

Cooper is with Diaz, tells him that upon his resignation the bureau will open an investigation. Diaz asks how does a wanted fugitive take down the president, Cooper says with pleasure.

Liz is home, Red is with her and Dembe, Agnes is home. Agnes asks Liz who the funny looking man is, she tells her it is a long story.

Katarina is in Paris, Red goes to see her; she kisses him, he tells her that she is not safe, she stabs him. A car drives up, takes Red’s body and puts it inside.

Red’s hat is left on the ground, Katarina picks it up.