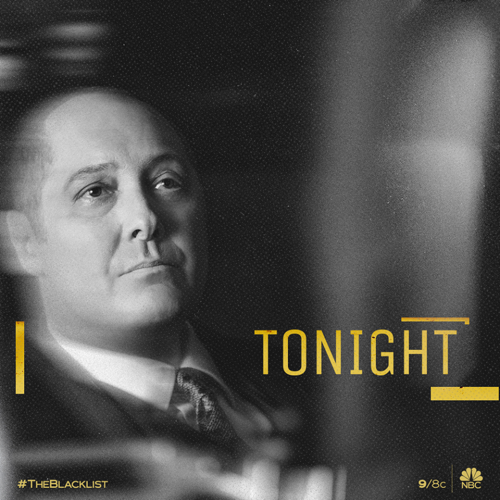 Tonight on NBC their hit drama The Blacklist starring James Spader airs with an all-new Friday, April 5, 2019, episode and we have your The Blacklist recap below. On tonight’s Blacklist Season 6 episode 15 called, “Olivia Olson”,  as per the NBC synopsis, “The task force searches for a woman who specializes in hostile takeovers of criminal organizations and may have intelligence about a conspiracy involving a presidential advisor; Aram enacts a daring plan to gain leverage over Red.”

Tonight’s The Blacklist opens with Chief Walker sitting in a restaurant when a comes up to him and places a briefcase on the table. Inside the briefcase is a video player and earphones. Walker turns it on and listens to a woman apologizing for ruining his meal. She says she knows that he the top cop in a city consumed by an opioids epidemic and the Solari drug cartel have tremendous success moving it on his streets because he helps them. She shows him proof that she knows what he is doing. And, he is going to change employers, arrest the Solari and work for her people. He will be hailed as a hero, or if he doesn’t, his professional and personal lives will be destroyed.

We see Aram liquidating his accounts and packing.

Liz goes to Red and tells him that Aram has shut down, he is going to implode. Red is looking at a newspaper with a story about Walker, he is being hailed top cop for ending drug cartels long and lethal reign. Red tells Liz that he wants the task force to go after Olivia Olson who orchestrated Walker’s change in employers, he also mentions that she has intel on Anna McMahon. Olivia commands a seven or eight figure fee for her services. Red gives them a lead of a meeting she has with a prospective client. Cooper tells Aram that the job requires a clear head and complete focus, its a lot to ask right now, but that is what he needs.

Liz and Ressler are on the scene of the meeting. They see Red and Dembi get out of the car; they are the new client.

Red and Dembe go in a building, Olvia is speaking to him via computer on the video feed. Red tells Olivia that he wants her to betray Anna McMahon; the task force can’t believe what he is doing. She says she has no ties to Anna. Aram is trying to find Olivia’s location, he has found it, but thinks it is being transported through a moving vehicle.

Aram tracks the vehicle, Liz and Ressler are on their tail but quickly lose them.

Olvia calls Anna and tells her that Red asked her to betray her. Anna says she will get rid of it, Olivia says good, she doesn’t feel that having Red as an enemy is a badge of honor.

Red and Dembe go tee the task force, Cooper tells him that he has a lot of explaining to do. Red says he let them to a blacklister and they let her get away.

Anna appears in Cooper’s doorway and asks him if she has to remind him who runs the task force. Anna says that before they proceed with a case that Red gives them from now on, she wants a case file memo. Dembe tells Red he has an emergency call, he ignores it. Red says to Anna, Olivia Olsen – Anna says that she doesn’t know the name and he is welcome to search for her. She leaves the room and Cooper tells Red that all he managed to do is bury him in paperwork. Liz and Ressler are talking, she wants to give up finding out who Red really is and Ressler is having a hard time doing that.

Aram got a picture of Olivia’s driver through a traffic cam. The truck they were following is registered to Hammerstone, specializing in hostile takeovers.

Ressler gets a warrant and head to Hammerstone, Liz sees a young guy acting strange and threatens him, he spills that there is a CPA firm upstairs that is not a CPA firm. Liz and Ressler head there and find a room full of computers, they tell a guy in there to take it offline and he says he can’t, it is not the host.

Aram is leaving an envelope on Liz’s desk, Red and Dembe walk in. Red tells him he is making a mistake. Aram says he took something precious from him, so he is doing the same in return. Aram has 60 million dollars and wants Red to take him to Samar.

Ressler is trying to get info, but nobody at Hammerstone will tell. All Resller and Liz know is that there is an attack in motion.

Red is on a plane, Liz calls him and tells him that Olsen is planning an attack probably for the next target and they don’t know who or when all they have are encrypted pieces of her server.

Aram is on the plane with Red and Dembe. Red tells him that running away is not going to take Samar off Masad’s kill list, which is why they bugged his apartment. Dembe took an extra hour to get them to the jet to shake off any tail. If Aram contacts anyone, friends, family or co-workers, they will trace it and kill Samar.

Red is working on the case, Aram wants to help – Red tells him that he is in or out. Aram describes his being on the plane in purgatory, Red accepts his help.

Aram and Red call Liz, the target they are looking for might be in Manhattan, new construction. The task figures out which building it is, Ressler and Liz head there.

Liz calls the building security and tells them to evacuate the building immediately. An explosion goes off, Ressler calls for paramedics and emergency vehicles. The floor of the room breaks open and people fall out. Ressler manages to save a woman. Olvia tries to call it off but it is too late. Liz recognizes Olivia’s henchman, he leads them to her, but she is already gone.

In the plane, Dembe announces that they are landing in 20 minutes. Aram says that he can accept that Samar didn’t say goodbye but he cannot accept them not being together. Red says that he has made bad decisions in his life that has caused pain and sorrow to everyone he cared about, it is a heavy burden to carry. Samar now carries a heavy burden, she is a target, and if she was in Amar’s life, he would be a target too. If he goes to her, she will just have to leave again. Red tells Aram that he is more powerful than he knows, use it wisely.

Anna tells Cooper that he heard he lost Olivia. She asks him why Red put Olivia on the blacklist, he says he doesn’t know.

Liz is reading the letter Aram wrote to her when he walks in the room. He says he changed his mind about seeing Samar, he realized that the best way to honor his love was to honor her wishes.

Cooper meets Red and tells him that McMahon took the files. reviewed them herself, then picked the ones with actional intel for her staff, all but one. He hands Red the file, it is marked The Third Estate, it is a reference to the French Revolution, means everyone else.

Amar goes home, he knows he is being bugged. He talks aloud and asks, “Do you hear me?” and then he says Samar is gone, really gone and I won’t be leading her to you.