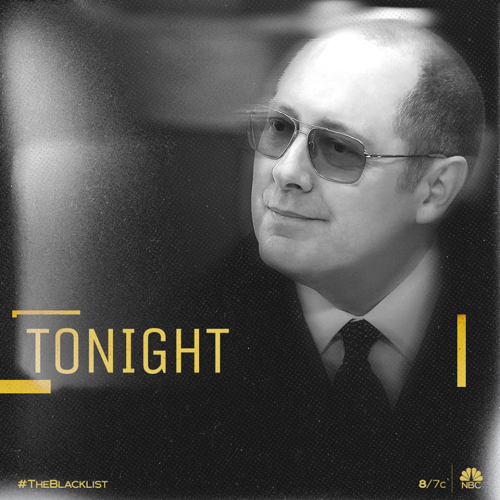 Tonight on NBC their hit drama The Blacklist starring James Spader airs with an all-new Friday, May 3, 2019, episode and we have your The Blacklist recap below. On tonight’s Blacklist Season 6 episode 20 called, “Guillermo Rizal”, as per the NBC synopsis, “When multiple children are abducted under similar circumstances, the task force rushes to find the kidnapper. Red goes on the hunt for a man who can find anything; Liz considers a big change..”

Children are playing glow in the dark mini putt, a man is talking to his daughter, he tells her to go find her mother and when she does, she goes missing.

The parents are at the police station, the girl’s information is entered into the Nationwide Database for Missing Children. A clue comes up, the girl that is missing also went missing a thousand miles away. Did she have a twin?

Liz meets with Red, she wants to talk personal but he just wants to talk about a case. This case has twins who are not twins, child abduction and a mysterious connection to Anna McMahon.

Liz keeps pressing him to talk personal. Red tells Liz that he works by a very strict code, built on loyalty, justice, and trust. He survives because he eliminates those who betray it, nobody has been spared up until now. He is conflicted because he can’t kill or forgive her.

Corrine Walker was abducted outside the golf arcade, 37 hours earlier Nora Mitchell went missing from a park a thousand miles away. The two little girls look exactly the same, they were born a day apart and registered to two different parents.

The girls are identical twins and both Liz and Ressler are with Connie’s parents and tell them that they are not the biological parents; they ran a DNA test. In fact, the same goes for Nora’s parents. They both conceived by IVF.

Corrine is in the back of a truck, the side door opens and a man introduces himself as Dr. Rizal. He tells her that he wants to show her something he built for her. He introduces Corrine to Nora, they both look shocked, he says they are both unique individuals and together, they are going to change the world.

Liz and Ressler head to the clinic to ask questions. The two families had the same embryologist, Miles Gordon. They go see him and he tries to make a run for it, he is quickly apprehended and arrested.

Red interrupts Senator Richardson’s lunch with a guest; he shows him a photo of a man and asks if he knows him. The senator says no, then his guest whispers in his ear who Red is and the senator becomes more willing to talk. The man in the photo goes by the name Francis Cotton, he located hard to find items for people. The senator hired him to find a rare painting for his wife. You can’t contact him, you have to post a wanted ad in the post and it took two months for him to respond.

Liz tells Ressler that she went to see her grandfather and she knows who Red is and they need to keep it quiet so that Anna McMahon doesn’t find out.

Aram interviews Miles Gordon, he admits that he switched embryos for an offer of a lot of money; they were three of them. The third child is Grace Drexton, Liz and Ressler go to take her into protective custody and it is too late when they arrive at her school, an agent from child protective services was there 30 minutes before them and took her.

Red enters a shop to speak to a woman who fixes clocks. He says he has an item for her catalog, it is a photo of the painting that the senator was looking for, Red wants to smoke the buyer out and offers the woman a lot of money.

Liz discovers that these triplets are not the only multiples gone missing in the past 18 months, there are many more.

Two of the girls, from the triplets, had there DNA altered; Amar says it seems to be some kind of experiment. They created identical triplets to restrict outside genetic factors and left one embryo unedited so they could salvage a baseline.

The senator is furious and meets with Anna McMahon, tells her that Red paid him a visit, looking for her friend, Mr. Cotton. The Senator leaves, Anna is freaking out, she has to find Cotton before Red does.

Red smokes out his man which leads him to Guillermo Rizal who if anyone, could rewrite DNA.

The triplets are in a botanical room being tested.

The task forcefindsd out that Rizal owns a warehouse, they head there with a warrant. Guards are outside the building, they are reluctant to let them in, but they do. Once inside, they find many rooms filled with multiples, all of a sudden an alarm goes off, one of the guards called a code white.

Rizal goes to take Corrine, the other two girls have passed out, they are sick from the testing. The FBI is in the building, Ressler is separated from Liz when he tries to find Rizal.

Rizal is on foot, running with Corrine, she has been shot in the crossfire.

Rizal is in custody, Ressler asks him why he was doing what he did. He says if we are going to survive climate change, we need to adapt, that is why he was doing the testing. We need to evolve and he was speeding up the process.

The children are all returned to their parents, Corrine survives.

Red meets Liz and tells her that Anna hired Cotton to find the dossier. The dossier was given to a random child who has no idea that they posses a detailed description of a plot against the United States.

Liz tells Red she has a code too. Love wins. Red says that is not a code, it is a greeting card. Liz tells him it doesn’t matter who he was, it matters who he is, a father and a grandfather. She tells she wants to know everything he did for her, so she can do the same for Agnes, and she is bringing her home.