The Bold and the Beautiful Spoilers: Steffy Returns, Needs A Man – See Who She Pairs Up With 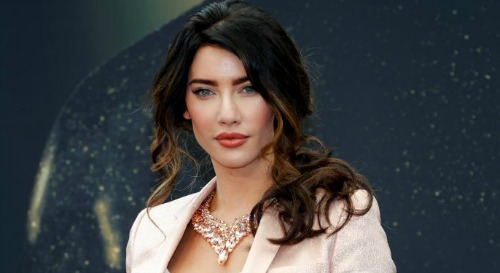 The Bold and the Beautiful (B&B) spoilers reveal that there’s some exciting news to pass along. Ever since Jacqueline MacInnes Wood (Steffy Forrester) left to start her maternity leave, B&B fans have been wondering when she’d return. Steffy’s departure shifted the focus of the baby swap plot and let us know the big reveal wasn’t happening anytime soon.

Fortunately, we’re now one step closer to that big reveal. The Bold and the Beautiful spoilers say Wood’s maternity leave is finally winding down. According to Soaps in Depth, Wood will be back on set to resume filming next week. Steffy will return onscreen starting in late May or early June, so it’s nice to have something to look forward to.

Of course, Steffy will immediately get thrown in some chaos. B&B viewers know a lot’s gone down in her absence! The woman Steffy believes is “Phoebe Forrester’s” (Isabella de Armas and Rosalind Aune) birth mom has been proven as a Logan. Steffy will have to face Florence “Flo” Fulton (Katrina Bowden) again and decide how wary she needs to be.

Naturally, Brooke Forrester (Katherine Kelly Lang) could cause some issues here. She’s already hinted that Flo’s Logan bombshell could be an adoption game-changer. If Steffy realizes the Logans could come after “Phoebe,” it could lead to quite a war.

The Bold and the Beautiful spoilers say Steffy’s relationship with Liam Spencer (Scott Clifton) could begin shifting, too. Will Liam be the one who convinces Steffy to come home? Will “Steam” grow closer as Thomas Forrester (Matthew Atkinson) pulls Hope Spencer (Annika Noelle) in his direction? B&B will have plenty of possibilities and romantic shakeups to explore.

Whatever happens, it’s great that Steffy will head back to Los Angeles in the near future. Many fans have been missing this popular character and her role in the baby switch storyline is crucial. Now that we know Steffy’s reentering the picture, let’s hope The Bold and the Beautiful will pick up the pace on the “Phoebe” drama.

Are you eager to see Steffy make her comeback? Who would you like to see as her new man? We’ll give you updates as other B&B details emerge. Stay tuned to the CBS soap and don’t forget to check CDL often for the latest Bold and the Beautiful spoilers, updates, and news.