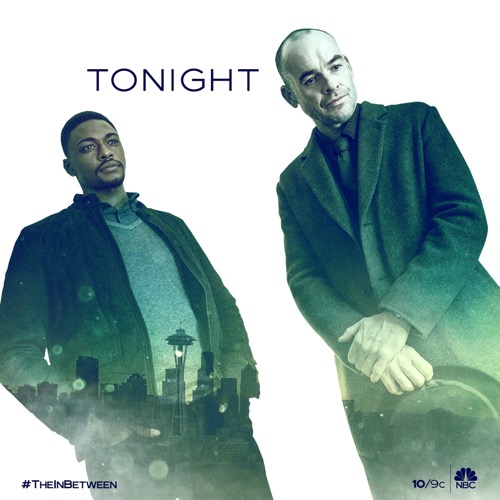 Tonight on NBC presents The InBetween which airs an all-new on Wednesday, June 19, 2019, episode and we have your The InBetween recap below. On tonight’s The InBetween season 1 episode 3 called, “Where the Shadows Fall,” as per the NBC’s synopsis “Cassie visits the hospital where Damian’s fiancée is being treated and encounters the spirit of a young boy who needs her help. Her efforts to unravel the mystery of his death, and why he is trapped in the InBetween, lead her to the world of spirits that might be more than she can handle.”

Cassie made a promise. She promised Damien that she would try to reach his fiancée Sally. Sally was in a coma and there was no sign of her waking up, but Cassie believed she could reach the astral plane where Sally was and finally let her loved ones know how she was doing. There was just one problem with reaching Sally. Sally was at a hospital and those places were crawling with spirits. Cassie didn’t know if she could go into a hospital much less survive one and so the ghost of Ed Roven returned. He offered to act as a buffer because he said he wants the boss upstairs to look favorably on him and Cassie told him to find another sucker. She knew Ed didn’t want to help her and she figured she could handle herself.

Cassie entered the hospital and she blocked out everyone. She didn’t put her barriers down until she was in Sally’s room and that’s when something odd happen. Cassie had a vision of being pushed out the window. She thought it was Sally and that maybe the other woman didn’t want her there, but she might have been wrong. There was an incident at the hospital. A nurse fell off the roof and it was looking like she was pushed. The nurse’s name was Grace Murrow and she reportedly went to the roof to smoke. She was up there for a few minutes when everyone heard the crash and came out to see Grace lying on the ground. Grace’s best friend Vanessa said that she believed Grace was seeing a married man and that would add up with what the police found.

The police saw the bruises on Grace’s legs. It seems her attacker had grabbed a hold of her leg and flipped her over the ledge on the roof. So say her married lover panicked over the affair or he was worried it might get out – he could have killed her to put an end to it. Grace was known to practically live at work and so her lover could work at the hospital as well. It would explain how he knew about the roof. The roof was considered the party spot because the cameras up there didn’t always work. Someone knew that they could reach Grace on her own and kill her without ever being seen by another living soul. Cassie on other hand isn’t like everyone. She had other visions when she was at the hospital. She saw a little boy that identified himself as Ethan Grant.

Ethan Grant warned her that she needed to go because the woman doesn’t like it when others come and not long after he said that there was an old lady screaming at Cassie to “LEAVE HER BOY ALONE”. It scared Cassie right out of the vision and she was leaving when she ran into her dad. She tried to tell him that she was there for something else when she had a vision, but the truth came out anyways. Damien chose to come clean and he admitted that Cassie was at the hospital as a favor to him. Hackett was willing to accept that Cassie does want to help people and so all he asked was that there would be no more secrets. Hackett also tried talking to Cassie and he told her that he could handle the case on his own. He didn’t want her going back to the hospital.

Hackett was just trying to protect Cassie, but she was the only one that could help Ethan and so she went back to the hospital. She even went down to the basement to trigger another vision and that’s when she saw that it was just Ethan that was trapped down there. They were all being held prisoner by the elderly woman and the one person that Cassie could talk to was a little girl dying from cancer. The little girl’s name was Avery. She could see Ethan too because she was close to death and so she helped Cassie. She told Cassie what it had been like for Ethan when he died. He described it as an allergic reaction to something he was injected with and that’s when Cassie knew his death was suspicious.

Grace as it turns out thought the same. She was the nurse on duty when Ethan died and she wanted an inquiry into his death. She didn’t believe it was natural causes like Dr. Shane Vogel implied. Grace suspected there was more going on and she died before she drew attention. Cassie believed she found Ethan’s killer and that this person killed the other people in the basement. This means the police were looking for a serial killer. Not just any serial killer, but An Angel of Mercy. That’s when someone believes they’re helping the patients by easing their deaths and the truth is its their justification for doing something they always wanted to. They were also killing children and so the detectives went through the many patients that died at the hospital and the one that died at night. They found several cases and so Hackett showed the photos of the victim to Cassie.

Cassie didn’t recognize many of the patients, but she did recognize the old lady. The old woman was actually Dr. Vogel’s mother and she died at the hospital. It turns out she was her son’s first victim. She was dying slowly and so her son claimed he saw a halo around her head that showed she was ready to go. Dr. Vogel also used his friendship with the hospital administrator and the fact he knew the man was sleeping with Grace to his advantage. He got several emergency badges made up by claiming his nurse kept losing hers and then he would use thee drug succinylcholine on his victims. It was a paralytic and it cane someone pretty fast. It only reacted like it did with Ethan because had had an undiagnosed allergy to the stuff. And his rash was what alerted Grace.

Grace was killed for asking too many question, but the doctor was still at the hospital. The detectives raced over there and they tried to arrest him only he used the drugs he had to inject himself. Vogel killed himself using the same drugs he used on his victims. But his mother was still protecting him in the afterlife. She was harboring souls because she didn’t want the truth of what he was doing to get out and so Cassie confronted her. Cassie told the woman that her son was dead and that the only way she could continue to protect him was if she followed her son into the afterlife. It was enough to get the old woman to leave the patients alone and they were finally able to find peace.

But Cassie failed to do the one thing she promised. She never did reach Sally and she doesn’t know if she ever will because there were just certain souls that never visit her.