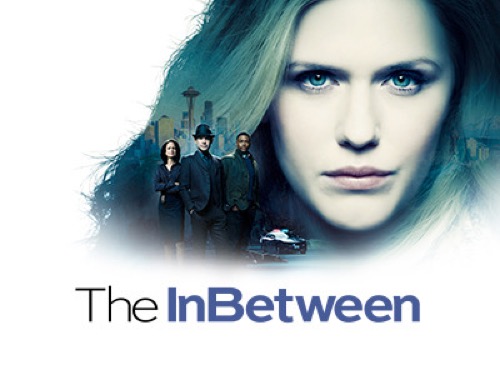 Tonight on NBC presents The InBetween which airs an all-new on Wednesday, July 3, 2019, episode and we have your The InBetween recap below. On tonight’s The InBetween season 1 episode 4 called, “Kiss Them For Me,” as per the NBC’s synopsis “Tom (Paul Blackthorne) and Damien (Justin Cornwell) track a mysterious killer who has targeted several kids at the same high school, while Cassie (Harriet Dyer) tries to help a woman solve her own death while her anxious family waits for news about her disappearance.”

Cassie had a vision. It wasn’t triggered by anything and it didn’t stem from Cassie having involved herself in one of her dad’s case, but one moment she was fine and in another she was being buried alive by the Grim Reaper. The mythological figure was even wearing a hooded robe. Cassie never saw the man’s face nor she did know why this person targeted her and so she had no idea what the figure stood for. Sometimes some of her visions were metaphors. They usually held some significance no matter how small and so Cassie informed her dad. He was the cop and if he saw or heard something that sounded like her vision then it must’ve mean it’s important. And at first Tom hadn’t known how to help Cassie, so it wasn’t later that Tom connected her vision to his case.

Tom and Damien were assigned to a case involving a family’s murder. Evan Miller and his teenage son Michael had been killed at their house. Nothing was taken from the house and so it couldn’t have been a robbery, but it sure looked like someone broke in for the sole purpose of killing two members of the Miller family. The wife Barbara hadn’t been at home and she didn’t know why anyone had killed her son as well as her husband. Her husband received threats all the time as a defense lawyer. Evan Miller had recently gotten a murderer off the hook and he had been threatened by the victim’s family. Dean Smith had also gone on key Miller’s car and for that he got beaten up by Michael.

Michael was seventeen and reportedly had a temper. He beat the crap out of Smith. Michael had to be pulled off of him and Smith was still recovering from the assault. Smith told the police everything that happened that day and he also added that he hadn’t killed anyone. He told the police that if anything they should be looking at Michael’s enemies rather than his father’s. The police did follow up that lead and that’s how they found out that Michael was a bully. He and his friend Pete Collins used to be up to no good and then something changed. They would go to the school bully and complain to the school therapist about Mr. Nightfall. Mr. Nightfall started off as a ghost story and then it morphed into something real. Real enough that the boys were truly scared of Mr. Nightfall.

Mr. Nightfall was a Grim Reaper who didn’t have a face and who showed no one any mercy. He was also a creation of Michael and Pete before the story turned against them. The boys both complained to Dr. Kelly. Kelly thought it was a fanciful tale and yet it reminded Tom of Cassie’s vision. Cassie saw the Grim Reaper bury her alive and so that begged the question what did the boys do? They must have been punished for a reason. Michael was killed with his father and then later Pete was murdered with his parents. Both were killed for a reason and so the detectives asked if there had been an issue at school. The principle denied anything happened and he said that the school has zero tolerance for bullies. And so the only thing he could think about, when asked if anything happened recently, was Bradley Tennant’s suicide.

Bradley used to go to school with the boys. He skipped a few grades and so he was younger and smaller than everybody else, but he never let that bother him. Bradley didn’t care about being popular because he had his own interests. Bradley it seems had been with his lot when he suddenly went to the school dance with the popular mean girl around. Tiffany Evers was not the sort to ask someone like Bradley to a dance and for some reason she did. She claimed it was done in thanks because he helped her on an assignment and so no one suspected any differently. Not even Bradley’s parents. They still don’t know what happened afterwards. They just thought Bradley became depressed and didn’t want to leave the house because of the depression.

The truth however was very different. The detectives talked to Tiffany and she admitted that she had been forced to ask Bradley to the dance by Michael and Pete. The guys had cooked up a prank in which they took Bradley out into the woods to find Mr. Nightfall and she didn’t see them again. All she knew was that after the night that’s when everything else started. She and the others received bursts threatening them. These bursts were from an app that deleted things after twenty seconds and so no one believed the kids when they tried to tell the adults. Also, with the others dead, it was only Tiffany still receiving them and so she agreed to help the cops. They moved her family into protective custody and then they used her phone to lure out the killer.

The detectives were busy doing this as Cassie ran into a ghost. It wasn’t the ghost of Bradley Tennent, but it was someone that needed her help. Edina De Forest went to the supermarket and never came back. She told Cassie didn’t remember what happened and Cassie soon figured out that was a lie. She found out that Edina was an addict. She lied to her family all the time and she repeated her behavior in death to Cassie. Cassie tried to give her the benefit of the doubt in the beginning and she came to regret that decision when everything found out proved Edina had overdosed. She even went to a supermarket miles away from her home because she wanted to hit the heavy drug area nearby. And so Cassie found her body, but it brought back memories of her own mother’s addition.

Cassie also experienced a new vision about Tom’s case. She saw a teenager being buried alive and it hadn’t been Bradley. It was actually Bradley’s best friend Eric Vaugh. He was arrested when the “bursts” lead back to his own phone and it was also a matter of record that his family owns a gun that they reported missing right before the murders. The detectives took this all to mean Eric was their killer and so they had reveal what really happened to Bradley. Bradley as it turns out had been happy with not being popular and so the one with the problem was Eric. Eric wanted Michael and Pete’s approval so badly that he told them that Bradly had a thing for Tiffany. He thought the guys were just going to pull a harmless prank and in reality it was much worse.’

Michael and Pete threw Bradley into a coffin and buried him alive. They left him like that for an hour and, when they got him out of the ground, they could see he vomited and peed on himself. Bradley was never okay afterwards and that’s why he killed himself. Eric had felt guilty about the part he played in everything and that’s why he texted everyone responsible those bursts. And then he stopped. Eric stopped when he saw that the two kids had died and so that’s how Cassie’s vision helped. She saw in her own way that someone was trying to pin everything on Eric and it got her father as well as Damien to question the evidence. They found out that someone could have faked Eric’s later texts if they cloned his phone and the last time it was out reach had been was when Eric handed it over to Dr. Kelly.

The therapist was there to the help the kids and so no one knew why he would turn on those same kids, but then they found out about his son. His son had been bullied to death and that’s why Bradley’s story resonated with Dr. Kelly. The doctor had seen too many bullies go on to become abusive parents and future rapists. He felt that it was time that someone finally showed them zero policy and that’s why he killed them.

Tom and Damien arrested the good doctor and they thanked Cassie for helping out.

Maybe she’ll even get another chance to help Damien’s girlfriend now that there’s been some fluctuation in Sally’s brain activity.